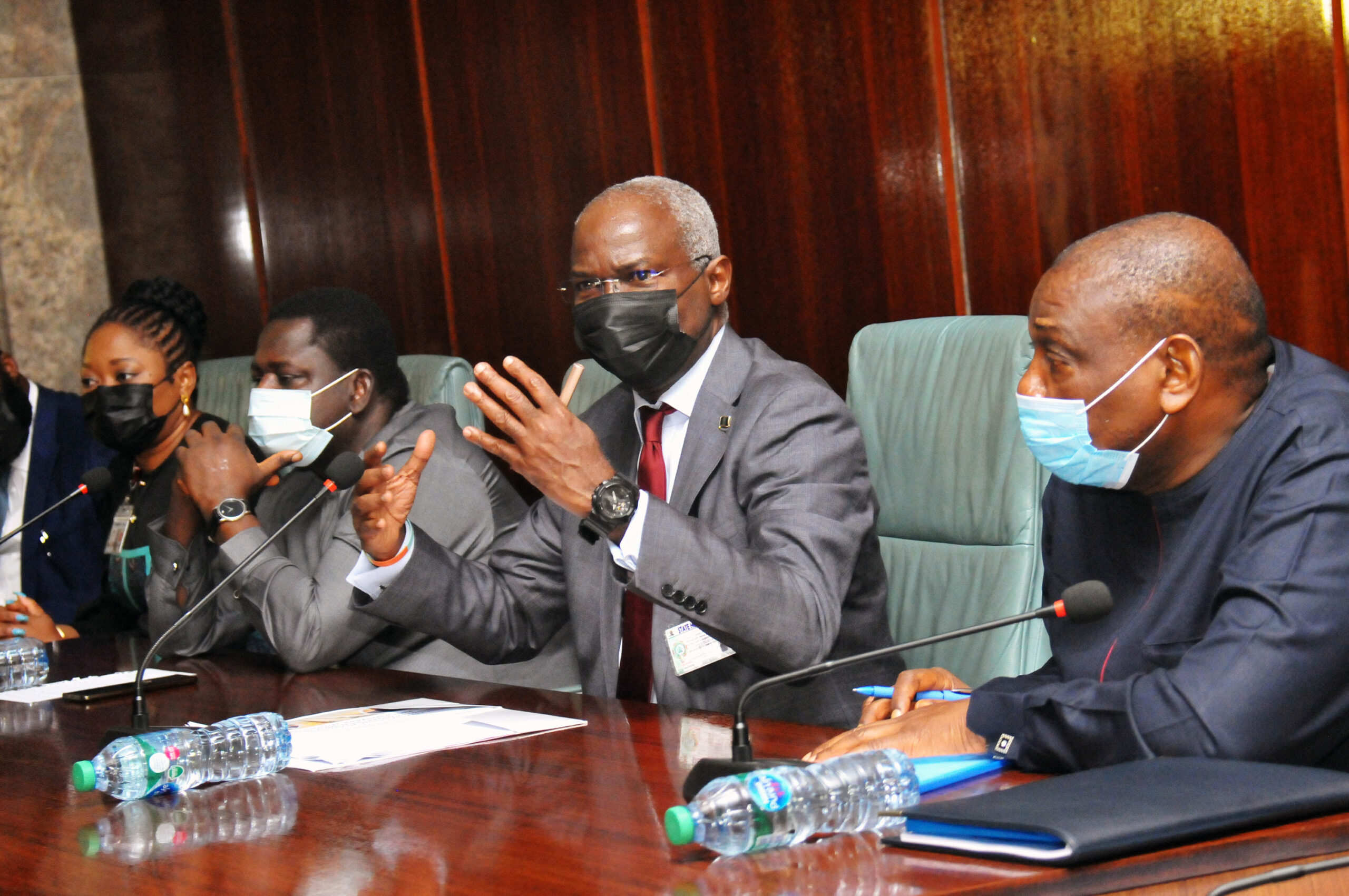 The Federal Government says it is owing contractors about N11.16 trilliion for the construction of various highways across the country and certificates of completion.
Minister of Works and Housing, Babatunde Fashola, made this disclosure while defending the proposed budget of his ministry in the 2023 Appropriation Bill.
He said the Ministry has currently awarded 1,642 highway contracts for 1,632 projects at a total sum of N10.395 trillion.
While appearing before the House of Representatives Committee on Works in Abuja on Tuesday, Fashola said,  “The main challenge to highways development in the country remains inadequate funding. As at date, the government is committed to highway contractors to the tune of about N10.4 trillion, while a total of about N765 billion are unpaid certificates for executed works.
“Secondly, the shortage of younger engineers/technical officers in the ministry as a result of embargo on employment is affecting proficient project supervision at the sites.
“It is expected that more sources of funding of highway projects be explored as well as lifting the embargo on employment of needed engineers/technical officers at middle level to enhance supervision of projects”.
Making his presentation, the Minister noted that the regime had built roads with a cumulative distance of about 8,000 kilometres out of the about 13,000 kilometres under (re)construction.
Accordiy to him, the Ministry had documented creation of 339,955 jobs across road projects, adding that, “these are the human activities behind the kilometres (of road constructed)”.
Some of the jobs, he continued, were created through lane marking covering 1,663,954 linear meters, “which was not visible on our roads before but you can now see them beginning to emerge”.
Noting that 250,583 road signs were missing on the roads as at 2015, Fasholas said the construction companies had used 1,002,960,851 litres of diesel for various projects.
“Construction companies don’t buy diesel, they buy from the market. All of these suppliers are small businesses who benefit from and are impacted by what we do”, he explained.
The Minister also explained that the use of such commodities as cement (1.6 million tonnes), reinforcements (512,00 tonnes), and  bitumen (3,371,000 tonnes) are all activities that have impacted on people beyong the services being rendered by the ongoing job by the Ministry.
“It is to be noted that as at October, 2022, the ministry had a cumulative unpaid certificates in the sum of N765.017bn for ongoing highway and bridge projects.
“Apart from the pressure of resources to pay, there is the inadequacy of annual budget provisions where N100m or N200m was provided for roads costing N20bn or more.
“In spite of all odds, 20 major highway projects have so far been completed in 2022 and are ready for commissioning. The total cost of the completed projects is in the sum of N444.322,123,808.61 and they cover a total length of 379.677km.
“Additionally, there are 59 major highways/bridges priority projects that are at advanced level, to be completed within 2022-2023, with a total contract sum of N60,961,187,130.71”, the Minister said.
He continued that the Ministry had initiated an intensive bridge maintenance programme to ensure serviceability of the major assets, adding that bridges were critical structures that guaranteed connectivity across the federal road network.

FG Gets N109.3bn Support For Floods