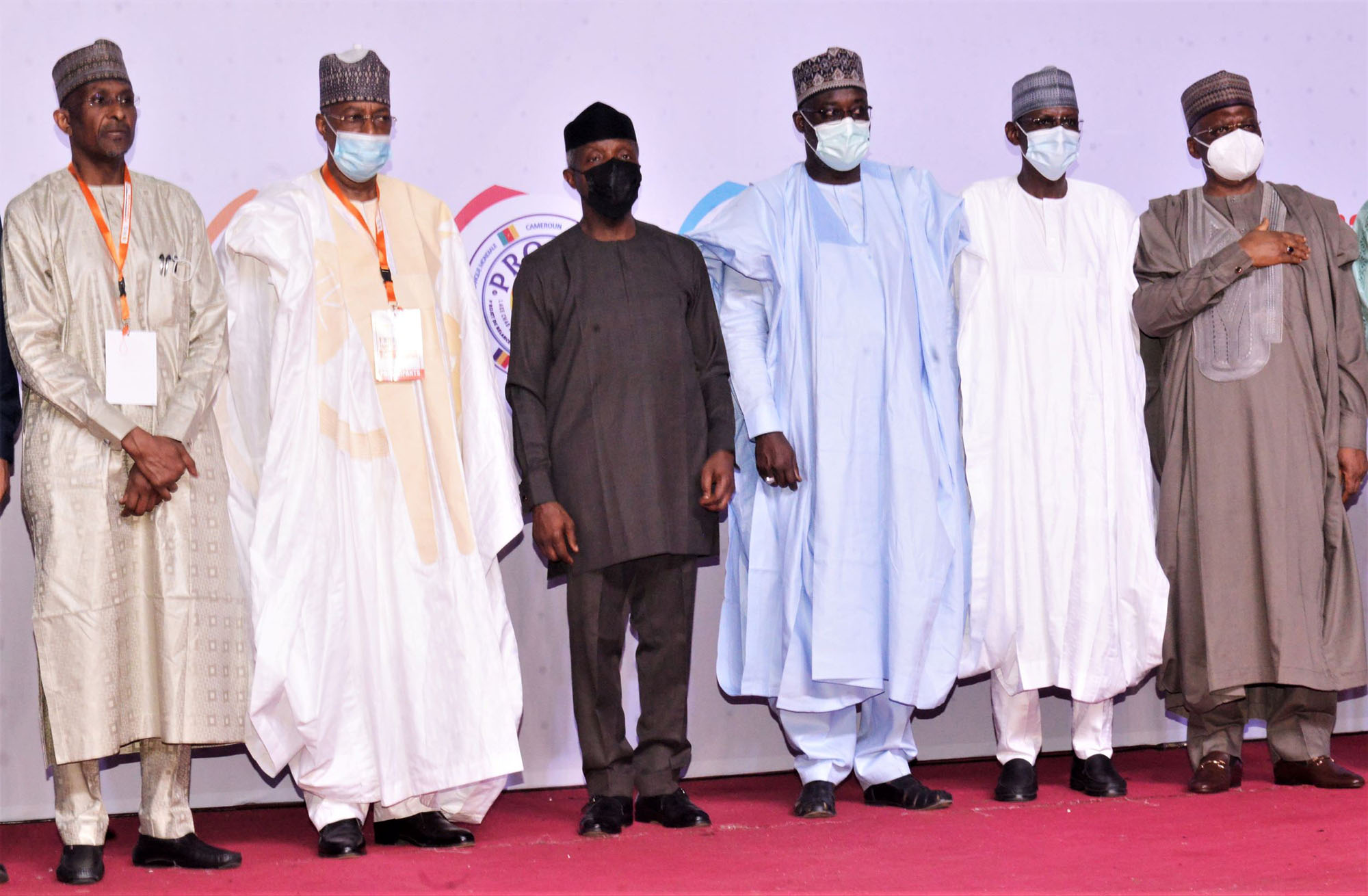 The Vice President, Prof Yemi Osinbajo, has said that the global energy transition must be managed in a way that is sensitive to Africa’s priorities.
In a statement, yesterday in Abuja, Osinbajo’s spokesman, Laolu Akande, said the vice-president spoke virtually at the 2022 Standard Bank Climate Summit themed, “Africa’s Path to Carbon Neutrality”.
Osinbajo’s focus was on how to manage the energy transition to net-zero in the context of Africa’s unique challenges, such as energy poverty.
The vice-president said that the current global energy transition was both an opportunity for the preservation of the earth, unlocking the potential and livelihoods of millions of people, especially those in developing countries.
“The current energy transition is an opportunity like none other for the preservation of the planet.
“But, it can also be a vehicle for unlocking the development potential and livelihoods of millions of people; there is no reason why we cannot have both.
“The global community must account for diverse realities and accommodate various pathways to net-zero, particularly for African nations.
“This is because they need financial and technical support as well as the flexibility to develop as swiftly as possible,” he added.
According to Osinbajo, this will ensure a fair and balanced energy transition that leaves no one behind.
The vice-president said: “How we manage the global energy transition must be sensitive to Africa’s priorities.
“The global energy transition must place energy access for both consumptive and productive uses at the heart of climate action.”
Osinbajo said that to ensure a global energy transition that was favourable, African nations needed to engage more critically and vocally on the matter.
The vice-president made reference to Nigeria’s Energy Transition Plan(ETP) as a leading light.
“The value of having a nation-specific, data-driven plan as the basis of our activities and engagements cannot be overemphasised.
“The plan provides a clear financial estimate for the achievement of Nigeria’s energy access and transition goals.
“The ETP finds that an additional 10 billion dollars over business as usual is required annually till 2060 to shift the entire economy to a net-zero pathway; we hope to see more of such plans on the continent,” Osinbajo said.
He said that efforts were being made to have a pan-African position on energy transition.
Osinbajo said: “This is underway with certain countries including Nigeria developing and signing on to the Kigali Communiqué which came out of the Sustainable Energy for All Forum in June, and outlines principles for a just and equitable energy transition.
“We must take ownership of our transition pathways and design climate-sensitive strategies that address our growth objectives.
“We must clearly and thoroughly articulate our priorities, strategies and needs.
“Though Africa’s current unmet energy needs are huge, future demand will be even greater as populations expand, people move into the middle class and rapid urbanisation continues.”
The vice-president recalled that in 2020, Sub-Saharan Africa had 568 million people without access to electricity.
Osinbajo said that the aforementioned represented more than three-quarters of the world’s total un-electrified population.
According to him, most developed nations have 100per cent energy access.
The vice-president said: “Surely, the race to net-zero must not leave people in the dark.
“Also, Sub-Saharan Africa remains the only region in which the number of people without access to clean cooking fuels and technologies is rising.
“19 of the 20 countries with lowest clean cooking access rates are in Africa.
“Limiting the development of gas projects, as a critical energy transition pathway for Africa, violates enshrined principles of equity and justice.
“It also poses dire challenges for African nations while making an insignificant dent in global emissions.”
Osinbajo said Africa had contributed the least of any global region to greenhouse gas emissions and currently emits under 4 per cent of global emissions.
The vice president said that under no plausible scenario were Africa’s emissions a threat to global climate targets.
“Unfounded predictions should not serve as excuses to limit our energy technology options.
“Limiting financing of gas projects for domestic use in Africa would pose a severe challenge to the pace of economic development, delivery of electricity access and clean cooking solutions, and the scale-up and integration of renewable energy into the energy mix,” he added.
On financing energy transition, Osinbajo said a balanced and just approach to the energy transition recognised that finance was key.
He said that lack of access to finance remained the biggest challenge for accelerating action on energy access and climate goals in Africa.
The vice-president restated the call on developed countries to bridge the disparity in energy investments.
“Of the $2.8trillion invested in renewable energy from 2000 to 2020, only about 2per cent, $60billion came to Africa.
“It has been estimated by the International Energy Agency that Africa will need around $133billion annually in clean energy investment to meet our energy and climate goals between 2026 and 2030,’’ he said.
The Standard Bank Group, which hosted the event, had committed to achieving net zero carbon emissions from its own operations for newly built facilities by 2030.
The group also said it would be targeting net zero emissions for existing facilities by 2040, and from its portfolio of financed emissions by 2050.