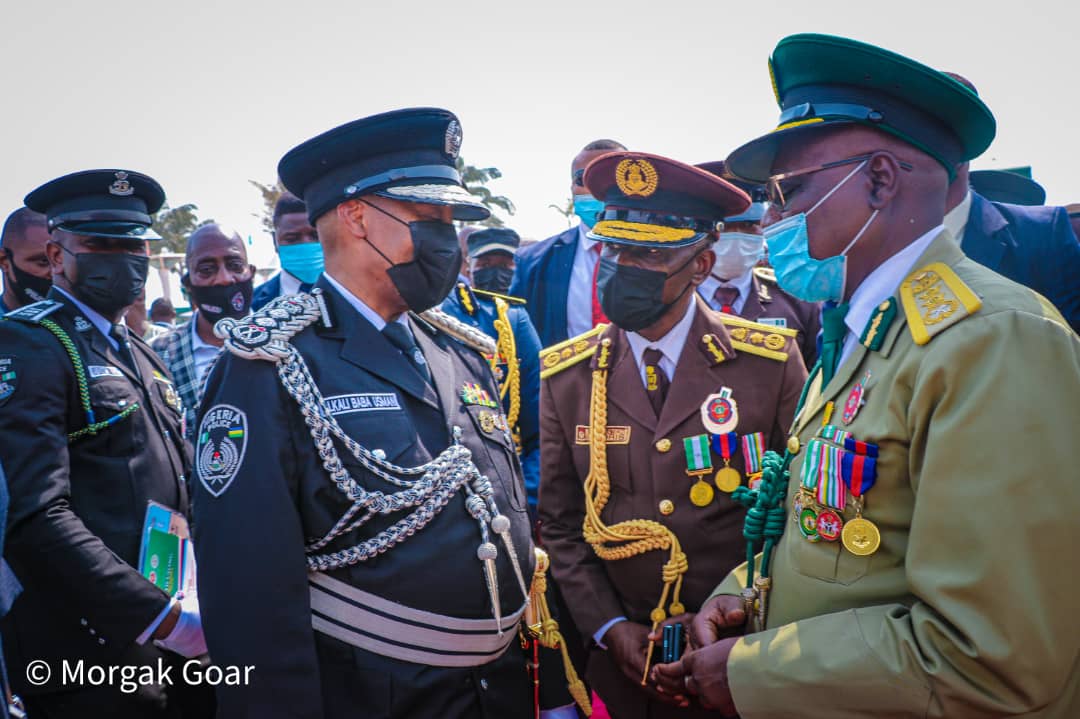 Troops of Operation Hadarin Daji have identified one Alhaji Abubakar as the financier of two terrorist collaborators arrested in Zaria, Kaduna State.
The Director, Defence Media Operations, Maj.-Gen. Musa Danmadami made this known at the bi-weekly news briefing on the operations of the armed forces, yesterday, in Abuja.
Danmadami said the suspects were apprehended on September 15 at Access Bank, PZ Branch in Zaria while trying to withdraw the sum of N14million deposited into the account of Abubakar.
He said the relevant agencies were working assiduously to track the said financier and others who had been fingered for terrorism financing.
The director said the military and other security agencies remained committed to apprehending all terrorism financiers and collaborators in the country.
Danmadami also said the troops conducted operational activities in villages, communities, and towns in Sokoto, Zamfara, Katsina and the Kaduna states during the period and neutralized 16 terrorists.
He added that troops also arrested 10 notorious terrorists and rescued 21 kidnapped civilians at different locations in the Chikun Local Government Area of Kaduna State.
According to him, the air component on September 13, conducted an air interdiction operation at an identified terrorist hideout in Dutse Babare in Jibia Local Government Area of Katsina State.
“The air strike led to the neutralisation of a terrorist leader identified as Ibrahim Dangawo and other members of his gang.
“Similar, operation was carried out at Gidan Guga in Faskari Local Government Area also in Katsina State, at an identified terrorist enclave.
“The airstrike led to the neutralization of a terrorist kingpin known as Babaru who has been on the wanted list of security agents,” he said.
Danmadami said the troops also neutralised a large number of terrorists in an air raid at Kawari axis in Danmusa Local Government Area of Katsina State.
He said it was revealed that the terrorist group had been responsible for kidnapping and robbery incidents in the area.
In the North Central, Danmadami said the Commander, Operation Safe Haven, on September 10, held a joint peace summit to sensitise communities in Plateau on the need for peaceful coexistence.
He said the summit was part of the non-kinetic approach to resolving lingering security challenges in the state.
He said the air component of Operation Whirl Punch on September 8, carried out an air interdiction operation at an identified terrorist hideout at Gaude, Shiroro Local Government Area of Niger, killing scores of terrorists.
“It was further revealed that all the attacks around Shiroro were orchestrated from this location and consequently, the hideout was bombarded.
“Feedback revealed that several terrorists were neutralised with others fleeing with various degrees of injuries.
“Also, two suspected gun runners en route Onitsha to Abuja were arrested by personnel of the National Drug Law Enforcement Agency along Okene-Lokoja road in Kogi State.
“Items recovered from the suspects were 12 pump action guns and 374 cartridges.
“The arrested suspects and recovered items were handed over to the Nigerian Police for further action,” he said.