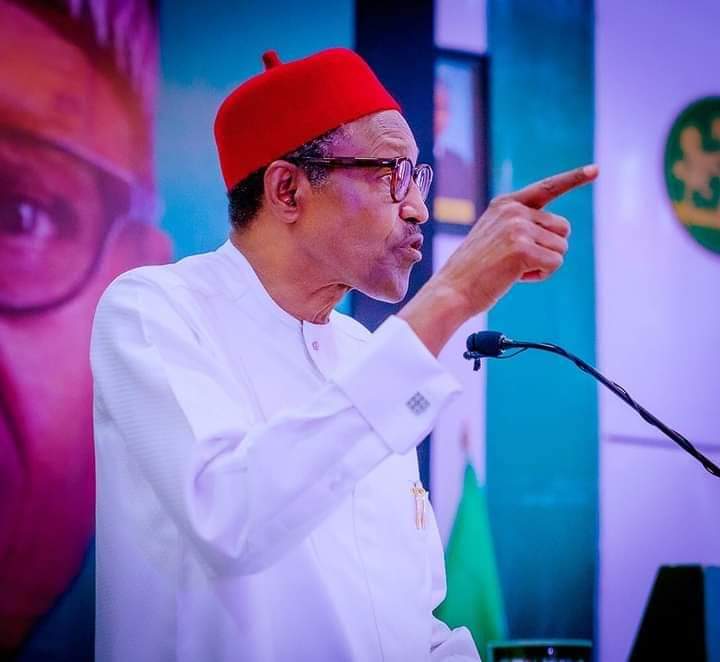 We’ll Remain In PDP To Fight For Inclusivity, Wike Declares 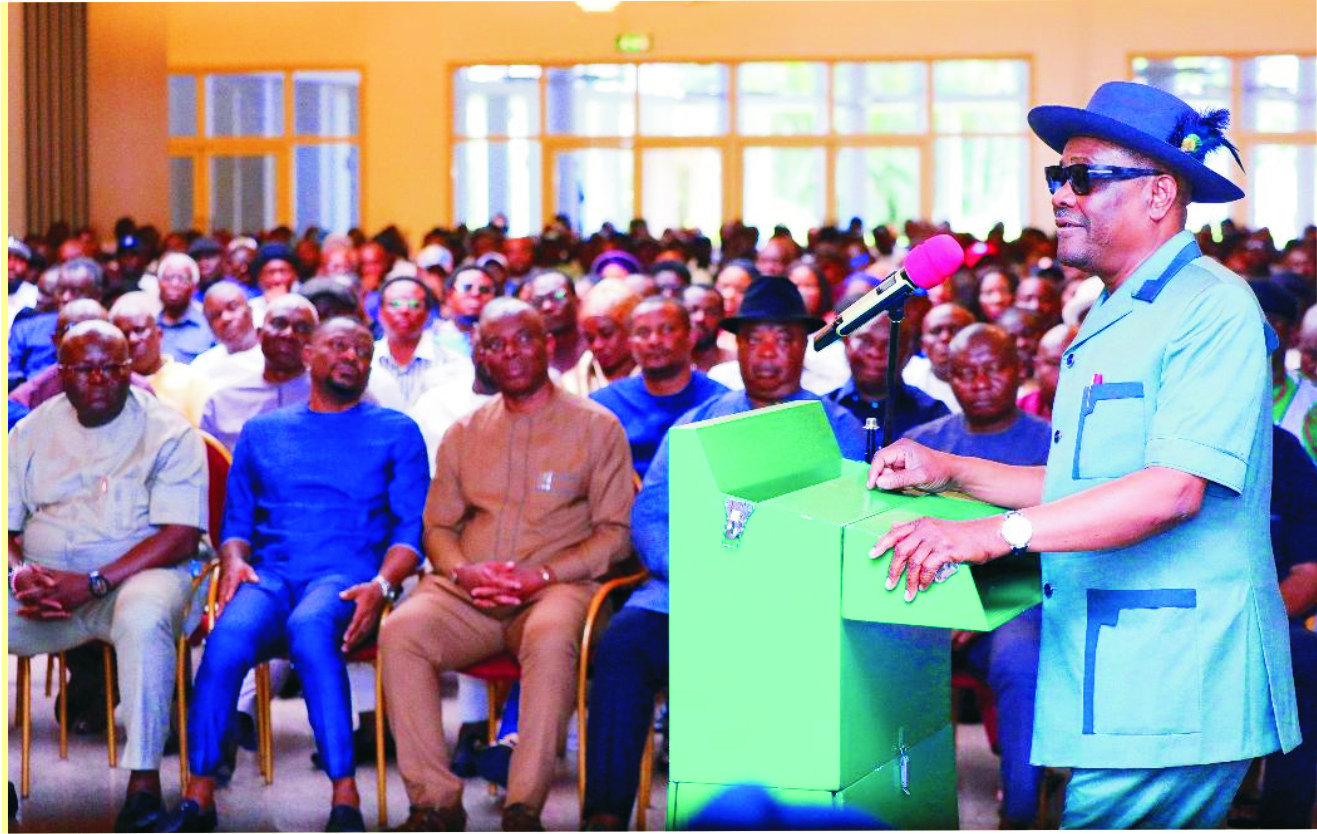 Rivers State Governor, Chief Nyesom Wike, has declared that he will not leave the Peoples Democratic Party (PDP) for whatever cause and anybody.
The governor stated that he was rather interested in preserving the sanity of the party and would stay back to fight for the enthronement of unity, inclusivity, equity and peace in the PDP.
Wike made the declaration at the Rivers State PDP stakeholders meeting at Government House, Port Harcourt, yesterday.
The governor said he is a man of character, unlike those who cannot keep their words and walked out of the party at the Eagle Square in Abuja in 2014.
“One thing I have always told people is, if anybody is thinking, doing anything to think that we will leave PDP, foul. We will do the fight in the party. We are not like them, when in 2014 they walked out from Eagle Square. They’ve forgotten. They walked out and joined APC. Is it not correct?
“Did they remain to fight inside the party? But we remained, they ran away. Now, there is a fight in the party, we will not run. We will fight it in this party. Those who run away from fight are weak people. We will not. So, everybody should know this is the state where we are; so that nobody tells you all kind of stories.”
Wike insisted that the constitution of the party clearly stated that elective and party offices must be zoned which, should be respected.
He wondered why the former PDP BOT chairman will be pressurised to resign and the PDP National Chairman, Senator Iyorchia Ayu,was excusing himself from doing what is right.
“You have taken presidential candidate, you have taken party chairman, and you have also taken the D.G (director general) of the campaign. We are talking about party politics. Decisions are made by the presidential candidate, chairman of the party and the D.G of the campaign.
“They are telling you they told the chairman of the BOT to resign. So, you know there is a problem. You said he should go and resign. You can put pressure on him to resign when his tenure hasn’t come to an end. But you cannot put pressure on the chairman to resign. You think at our level you will deceive us. You’ll tell us stories.”
Wike recalled how in 2015, the Federal Government used the military to invade Rivers State, interfered with and even annulled elections, but were resisted.
The governor recalled he made sure the senatorial results for Rivers East was announced that delivered Senator George Thompson Sekibo and that of Rivers West, that produced Senator Betty Apiafi.
Wike regretted that despite the risk taken to deliver them, the same people are now in Abuja plotting against him.
He said they won’t succeed because God has blessed him.
The Rivers State governor also clarified that he never promised anybody governorship ticket of the PDP despite the pressure some leaders mounted on him or attempts made to divide the state House of Assembly.
Wike said though he didn’t clinch the PDP presidential ticket, he actually made a good account of himself at the primary.
The governor explained that by next week, Rivers State PDP campaign team would be unveiled and the campaign pattern adopted would be based on each local government peculiarity.
Wike emphasised that all PDP candidates in the state would be returned elected by Rivers people who are satisfied with the performance of his administration.
“We will take all. We are taking all because Rivers people are happy with what we have done in this state. We have not only provided infrastructure, we have also defended the interest of Rivers State.”
He explained that it took courage and firmness for him to protect the interest and assets of Rivers State without compromising it with politics.
Wike explaining that besides securing a refund of money illegally deducted by the Federal Government over the Police Trust Fund, his administration recovered oil wells wrongly ceded to Imo State and is collecting the accruing revenue from the oil wells in disputed area between Rivers and Bayelsa states.
The governor stated that the Federal Government won’t be able to use the Army and the police in the 2023 election, because Nigerians will vote for political parties on the basis of their performance.
Wike caution party members who want to be moles and work against the PDP because they were not given the ticket that they sought.
The governor urged party members to be steadfast because God is on their side, and since they have not known defeat, PDP cannot be defeated in 2023 general election in Rivers State.
In his response, State Chairman of the PDP, Amb Desmond Akawor, said the party in the state has already passed a vote of confidence on Wike for the way he has piloted the affairs of the state.
He commended the governor for the consistent delivery of projects, defending the interest of the state, and declared that they would continue to follow the leadership that he provides. 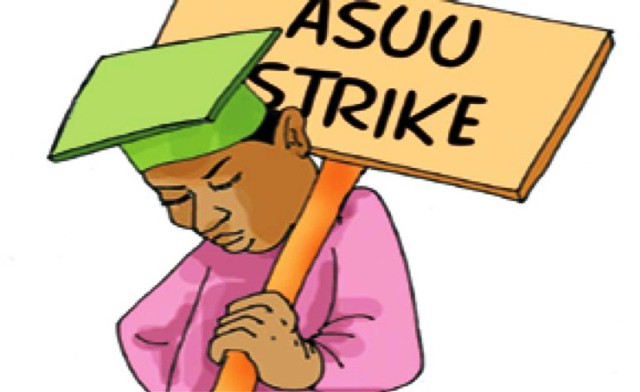 The Chairman of the Academic Staff Union of Universities (ASUU), Ebonyi State University Chapter, Comrade Ikechuku Igwenyi, has said with Wednesday’s court judgement ordering Nigeria’s universities lecturers to return to the classroom, the Federal Government has declared ‘war’ against members of the union.
This was as he pointed out that, the, “No work, no pay” policy of the government shows the authorities lack an understanding of the nature of the contract between the lecturers and their employers.
He stated this while reacting to Wednesday’s Federal Government-ASUU court judgement, in Abakaliki, the Ebonyi State capital, yesterday.
He said, “When a matter leaves the round and peaceful negotiation table to the court, it becomes difficult to predict the possible end of the imbroglio. It has therefore become obvious that the Federal Government of Nigeria has clearly declared war against academic staff in Nigerian Federal Universities using the weapons of forced labour, hunger and starvation through non-payment of outstanding seven months’ salaries.
“The ‘No work, No pay’ policy of Federal Government implies government illiteracy on university administration or FGN does not take into cognisance, the peculiar nature of the contract between university lecturers and their employers. It is, therefore, embarrassing that rather than confront the main issues with the urgency they demand, the Federal Government has been introducing obnoxious diversionary and distractive policies to divert the focus of ASUU from objective positions of the union to frivolities.
“The introduction of IPPIS and imposing the fraudulent payment platform on universities workers without integrity testing by NITDA and the current no work, no pay policy are clear indications of unwillingness to implement the agreements FGN willingly signed in 1981, 1992, 1999, 2001, 2004, 2007 and 2009 and the several Memoranda of Understanding of 2013 and 2017 with the Memoranda of Action of 2019 and 2020.
“There were also two concluded reports that were submitted by Federal Government’s inaugurated Renegotiation Committee led by Prof. Muzali Jubril in 2021 and Emeritus Prof. Nimi Dimkpa Briggs without any consideration.
“It is, therefore, not surprising that while the government inaugurated committee had submitted their report to their principal and waiting for the outcome and approval of a job well done, the Federal Minister of Education came up with a ‘take it or leave it’ salary award that is not in tandem with collective bargaining principles, which also negates the FGN/ASUU Agreement of 1981.
“Recall that the same government had set up a 14-man committee to review the Prof Nimi Briggs Committee report and while the committee is still at work, the Federal Minister of Labour and Productivity took the matter to the National Industrial Court of Nigeria, because he informed that it was not the Federal Government that took ASUU to court.”
He added, “Today, the NIC has ordered ASUU to call off the ongoing strike and return to the classroom with empty stomachs and unpaid bills pending the determination of the suit filed against the union by the Federal Government.
“Meanwhile, it has become difficult to hold government responsible and true to their word because NASU and SSANU were promised to be paid their salary when they resume work and it has been over a month without any light of hope or fidelity. Going to court has implications in further delaying the negotiation process and will definitely postpone the day of joy for Nigerian university workers, students and parents.
“It is on this note that members are encouraged to be strong and courageous because this is a legacy struggle. Our Comrade President has urged members of the academic union to remain resolute and strong because a people united cannot be defeated. As we have received the judgement, members are therefore enjoined to remain firm with our faith unshakable and have a profound trust in the never-failing principles of the union and the destiny of our children, institution and country rather than live under subjection and disregarding sacred principles.
“National Industrial Court judgement is not a cul-de-sac or end of the road. There are other levels of appeal and stay of execution orders. It is imperative now to ask Federal Government of Nigeria whose interest they are working hard to protect because the genuine Nigeria students they claim they are fighting for have been protesting and recently called the National Industrial Court judgement ‘a black market judgement’.
“Members are hereby admonished not to lose faith because the Almighty God is on His Throne and it is not over until it is over.
“Our team of lawyers will advise properly on the next level but in the meantime, members are encouraged to be steadfast for the struggle is closer to the end than from the beginning.”