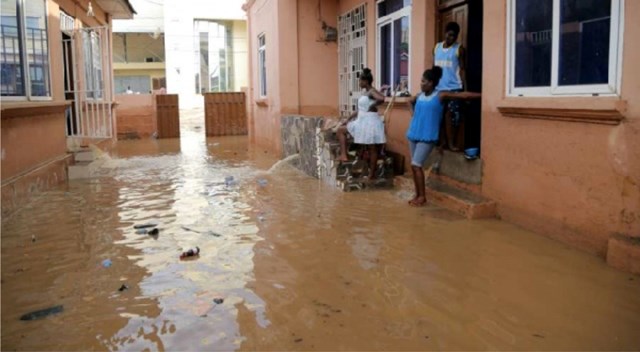 An environmental rights activist in the Niger Delta, Barrister Iniro Wills, has criticised some state governors in the region for not showing serious concern towards perennial flooding in the region.
Wills, who spoke in an exclusive interview with The Tide in Port Harcourt, said the sooner governors in the region come up with what he called strong policies towards checking flooding in the region, the better it will be for the people.
“Nigeria has to wake up, Niger Delta has to wake up. The Governors of the States in the Niger Delta need to do a lot more.
“This is because the Niger Delta region of Nigeria, more than any other part of the country, should pay the most attention to environmental protection in terms of policies, programs and budgeting”, he said.
Wills continued that state governments in the region should set aside large chunk in their annual budgets to solve the environmental problems of the region.
He described what he called the relegation of ministries of environmental agencies and departments handling environmental issues to the background in the region, stressing that despite the cry for environmental remediation in the region, the elites are only concerned about their personal welfare.
In his word, “in terms of capacity building for institutions, the environment, ministries, departments, and agencies in the Niger Delta, states have been relegated, and this is very saddening”.
He accused the political elites in the region for not showing example as far as environmental remediation was concerned, adding, “when we get into government, when we become ministers, governors and senators and so on, and so forth, we forget about the environment.
“We use the environment as a a ladder to climb to positions. When we get into the positions, whether as governors or as ministers or as agency heads, we forget the environment”, he said .
The activist, however, blamed the situation on lack of political will among the political elite in the region, noting that the region is not lacking in policies and laws, as far as the environment is concerned, but the will to implement them.
“It is not about policies, it is about will. There is no policy or law anywhere in the world that can be implemented without the instrumentality of human agency. So what is lacking is the human will.
“The political will of people who are in decision-making positions, people who decide budget, who allocate resources, but have refused to do anything about protecting the environment, forgetting that the environment is a natural asset,” he said.

The Tide Staff Bags TSA Reporter Of The Year Award