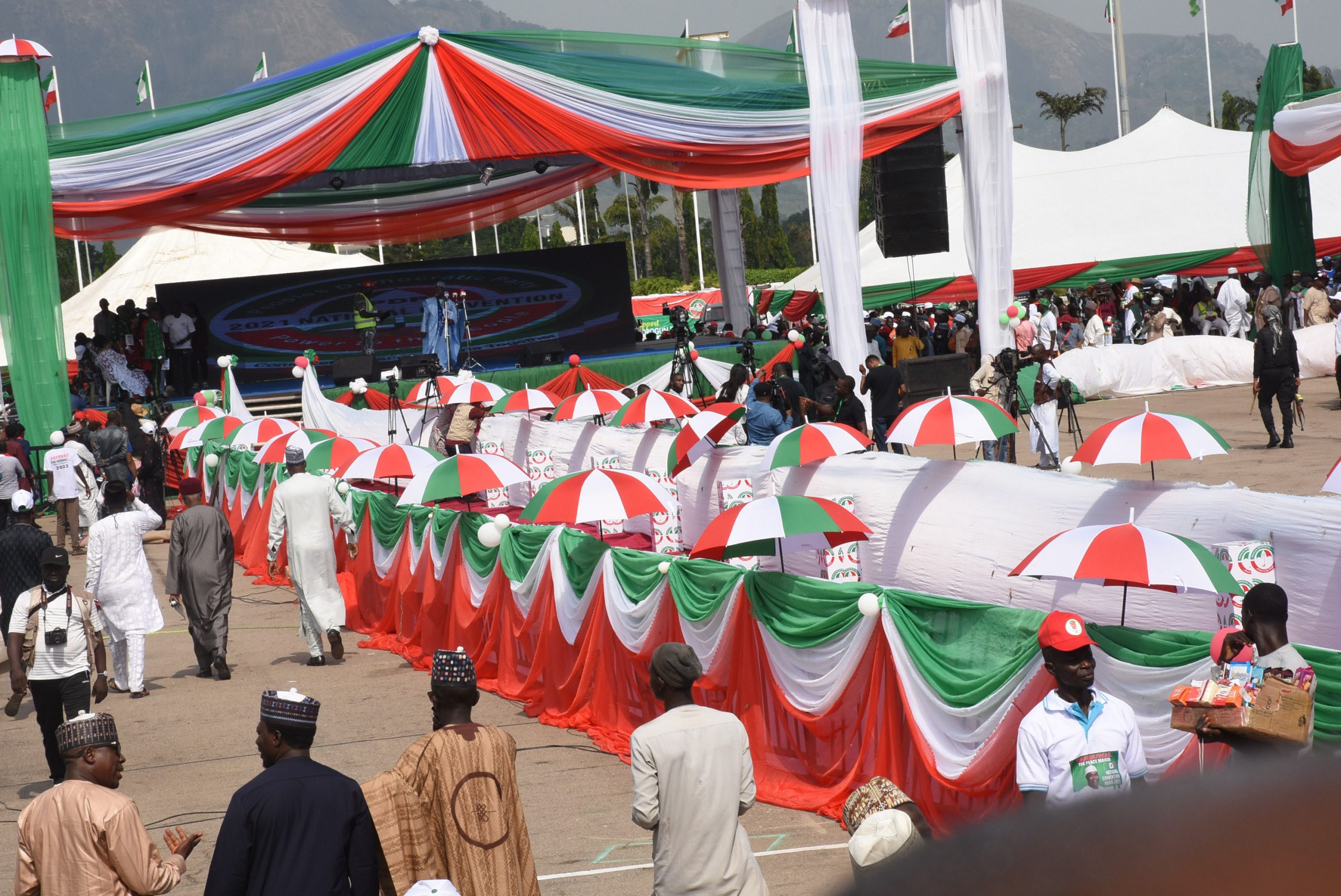 The Lagos State Government, All Progressives Congress, APC, and People’s Democratic Party, PDP, have engaged in counter accusations over collection of parking levy, of the state tax regime.
Lagos State Government, however, described the wide condemnation by members of the public as propaganda to rubbish the good intention of the state government.
The accusations came following a notice by Lagos State Parking Authority, LASPA, served on a property owner for parking on setback which subsequently went viral on social media.
A memo titled: “Parking Permit And Demand Notice,” which was obtained showed that residents are mandated by law to pay a certain fee for parking on property setbacks or in front of their property.
In a letter dated August 15 and sent by LASPA to Nellies, a food and snack company, the agency charged N290,000 for parking lots on setbacks.
According to the letter, the agency charged N80,000 per annum on three parking slots for off-street with N50,000 as non-refundable administrative processing fee.
Part of the letter read: “The Lagos State Parking Authority, established under the law to consolidate all that relating to parking and its connected purposes with powers and functions, clearly states that the Authority shall, among others, be responsible for all forms of managed parking in the State.
“In view of the above, and in line with the administration’s policy in moving Lagos State towards a 21st-century economy to align with the first pillar of Theme’s Agenda of which transportation is key, your organisation is hereby served this demand notice for the setback parking (Off-Street) in front of your premises before the commencement of enforcement action.
“Based on the inspection, we identified three (3) parking slots on your setback at the rate of N80,000 per slot per annum totalling N240,000.00 only.
“Also, a non-refundable Administrative/Processing fee of N50,000, only applies based on your location totalling N290,000.00 only, payable for the year 2022, to be paid into Lagos State Parking Authority account within a period of seven days of receiving this letter.”
Meanwhile, reacting to the tax policy, the PDP in Lagos State, in a statement lampooned APC for introducing such levy on residents which it claimed would further impoverish the people.
PDP condemned the levy on the parking on the setback on property as “exorbitant”, and a bid to “milking the people of the state to finance the individual ambition of one man who had held the state and its people by the jugular.”
Reacting to PDP’s allegation, Publicity Secretary of APC, Lagos State, Seye Oladejo, described it as “embarrassing and contemptible.”
According to Oladejo, “We received with shock the unfortunate statement issued by the PDP, Lagos State, on the new parking policy in the state. The opposition party, in its attempt to curry the sentiments of the people of Lagos and in its characteristic manner, made allegations that are outlandish, embarrassing, and contemptible.
“It should be noted that in the effort of the Lagos State Government to respond to the growing need for regulation of chaotic parking in the state, it enacted a law establishing the Lagos State Parking Authority- LASPA.
“According to recent statistics by the Federal Road Safety Commission (FRSC), there are more than 13 million active vehicles plying Nigerian roads today. Out of that figure, more than 2 million cars are in Lagos. About 10 per cent of the cars require parking each day.
“The visionary drive of the successive Lagos State Governments, which has seen Lagos State gradually emerging as a true 21st Century city state, with burgeoning economy, first class infrastructure, and service support systems, is obviously beyond the impaired contemplation of the PDP. What occurs to PDP in its renowned shortsightedness is politics and money making.
“In a most ridiculous manner, the opposition party is rather seeing an opportunity to pool a wool over the eyes of the people of the state, pretending to have any altruistic interest in their wellbeing.
“It is easy for the discerning people of this state to see beyond the hypocritical sympathy of PDP. Otherwise, if the leadership of PDP had any such genuine concern for Lagosians, it should be demonstrated towards alleviating the untold hardship many people of the state are facing on the road on daily basis.
“It bears repeating for the information of the general public that LASPA or any of its staffers or agents will not charge on cars parked in any compound. However, any car parked on the setback, such person, organisation or group of persons will be charged accordingly”.
“A setback (for obvious reasons) is the space between your perimeter fencing and the walkway or the road, as the case may be.
“Whoever claims he/she owns a setback around his/her property will have to provide official documentation from the authorised MDA in Lagos State showing the legal ownership of the said setback and the Traffic Impact Assessment (TIA) certificate of the property to the authority.
“For the avoidance of doubt, the main duty of LASPA is to regulate parking to reduce traffic gridlock caused by indiscriminate parking, reduce travel time, loss of productive man-hours and economic downtime which when multiplied by average wage rate amounts to billions of naira and reduce incessant road accidents. These are by far noble objectives geared towards making Lagos conducive for all residents.”
APC, therefore, urged residents to ignore what it termed, “the charlatans currently running PDP in the state and team up with LASPA in achieving the objective of making our road free of gridlock.”