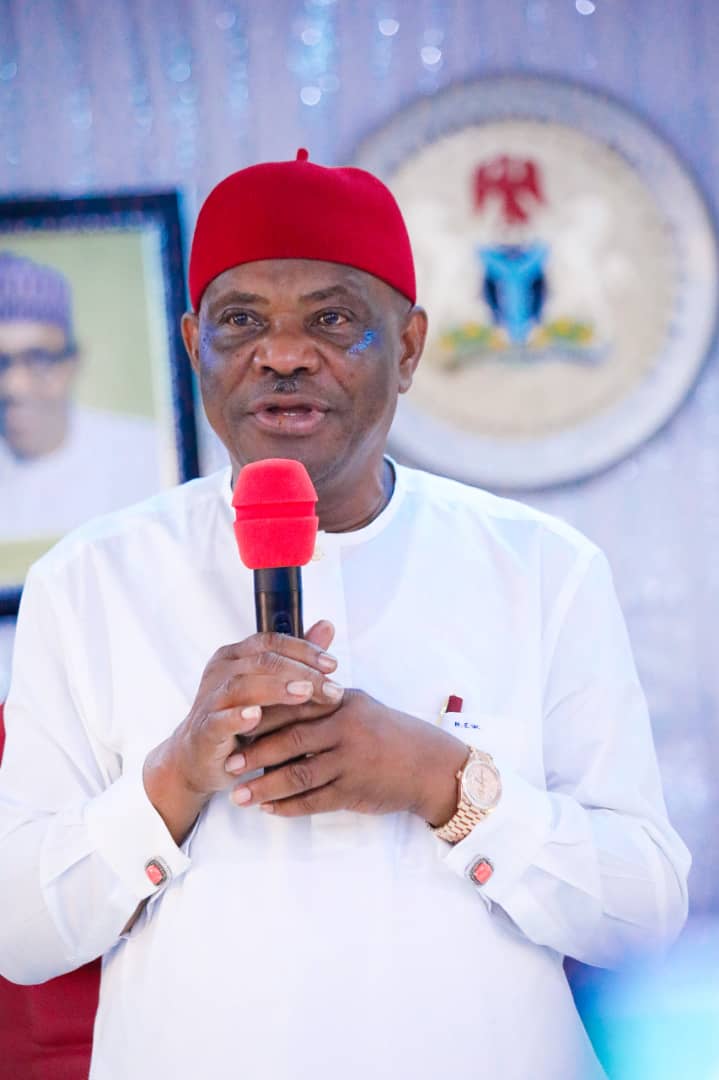 Former Governor of Plateau State and  stalwart of the Peoples Democratic Party (PDP), Senator Jonah Jang has described the Rivers State Governor, Chief Nyesom Wike, as an asset to the PDP , Rivers State and Nigeria in general, whose role in ensuring the party’s electoral victory in 2023 can not be undermined.
Addressing PDP supporters and the people of Omagwa community in Ikwerre Local Government Area of Rivers during the flag-off ceremony of the construction of internal road network in the area,  the elder statesman said Governor Wike is a pillar of PDP who has made enormous contributions towards its development  and  sustainability.
He urged stakeholders of the party to settle their differences and position the party to achieve victory in the 2023 general elections.
Jang particularly called on  the Presidential Candidate of PDP,  Alhaji Atiku Abubakar, to mend fences with Governor Wike by keying into his strong support base to ensure total victory of the party in 2023.
The former Plateau State Governor, who decried the continuous depletion of the nation’s economy as a result of maladministration, described Governor Wike’s development strides in Rivers State as unprecedented and commended the people of Rivers State for choosing “ a dynamic, hardworking man who has put in all his energies and passion towards providing the dividends of democracy in the state, even at the twilight of his administration”.
Addressing the mammoth crowd, Governor Wike said his administration was concerned about providing good governance and dispensing the dividends of democracy in Rivers State, and will remain committed to that objective till the last day of his administration.
He restated his earlier decision to clamp down on any hotel or event centre that provides coverage or venue for cultists to hold meetings intended to cause chaos in the state, and warned against plots by some political dissidents in the state to destabilize the state.
Governor Wike decried the ingratitude exhibited by some Rivers  politicians who are working against the interest of the state, after benefiting immensely from the state, and described such attitude as the bane of political development in any society.
The Rivers State Governor urged the people of the state to be wary of those whose only attraction to rule the state was to loot its resources, but be vigilant and decisive in casting their votes for credible candidates who will develop the state.
Similarly, the Rivers State Government, within the week under review played host to prominent Nigerians who were in the state to commission projects  and flag off new ones.
Last Thursday the 11th flyover to be constructed by the Rivers State Government at Rumuokwuta round- about by Ikwerre Road, was flagged off by the former Governor of Cross Rivers State, Donald Duke, while the 12th flyover located at Mgbuoba, Ozuoba by Ada George Road in Obio /Akpor LGA was flagged off by elder statesman and foremost PDP leader, Prof Jerry Gana.
Last Tuesday, the Rivers State Governor had inaugurated the reconstructed VIP Lounge built by the Rivers State Government at the Port Harcourt International Airport, Omagwa.