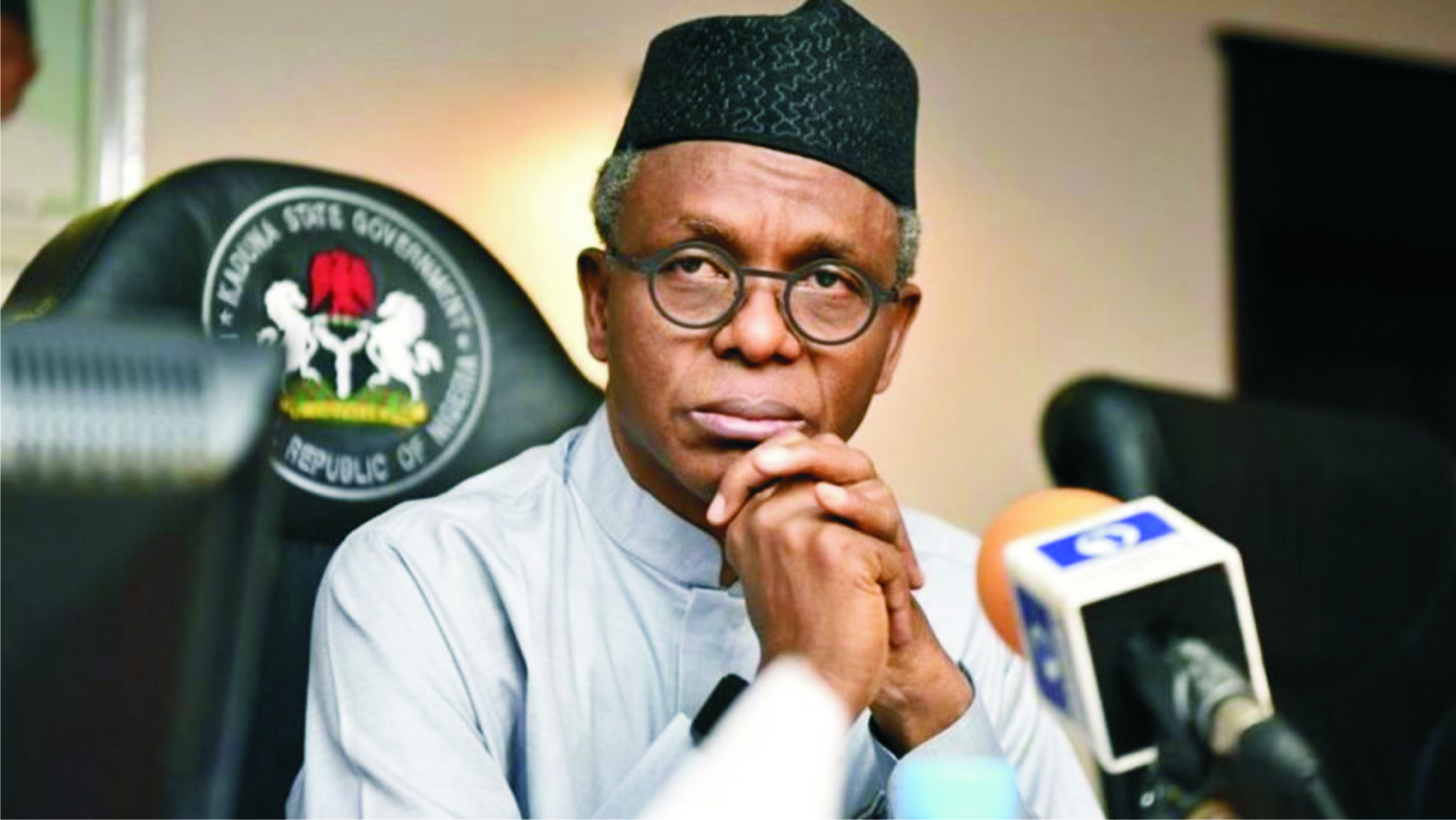 The Southern Kaduna Peoples Union (SOKAPU) has berated the Kaduna State Governor, Mallam Nasir el-Rufai, for belatedly raising the alarm on the activities of terrorists in the State, in a leaked memo addressed to President Muhammadu Buhari.
The group expressed dismay and disbelief over the governor’s alarm, saying the insecurity in the State occasioned by the activities of the terrorists was as result of “embarrassing leadership failures” on the part of Governor el-Rufai.
SOKAPU, therefore, said rather than raise alarm, el-Rufai should redirect his strong and oftentimes misguided political will to priotise security and welfare of the people of Kaduna State in order to stem the tide of insecurity.
The Tide source reported that Governor el-Rufai had recently written a memo to President Buhari on the security challenges bedevilling his state, stressing that terrorists were forming parrallel government in the State. But, according to SOKAPU in a statement issued and signed by its acting national president, Awemi Dio Maisamari, the group said the admission of the governor was a confirmation of the various alarms that the union had been raising since 2019.
SOKAPU averred that beside attrocities committed during attacks, other unspeakable crimes and acts of barbarism are daily being perpetrated in occupied communities which are better imagined than experienced.
“If only the terrorists had limited themselves to strictly enforcing their own brand of civil and criminal laws, that would have been a bit bearable. But we now have a situation whereby most rural communities are daily patrolled by well armed marauding terrorists to stamp and enforce their authority and embark on widespread abductions, forced labour, systematic extortion, outright enslavement, widespread sexual harassment, confiscation of food, other valuables, dehumanisation, merciless brutality,  torture, killings of innocent locals who show any sign of lack of cooperation or resistance to the occupiers.
“Consequently, most affected rural communities are deserted. That is the lot of rural villages in Kaduna State, especially in Chikun, Kajuru, Kachia, Zangon Kataf, Kauru, Lere, Birnin Gwari and Giwa Local Governments. The area that has now become ungovernable space in Kaduna state is about the size of Abia State.
“With the benefit of other recent revelations or admissions made on how we have found ourselves where we are, we very much understand why el-Rufai is now crying foul. While using insecurity to grab and consolidate his power and authority, he rationalised it, defended and appeased the terrorists.
“Even now that his power, authority, leadership qualities and reputation are being rubished, he is still only paying lip service to the primary responsibility of government which is the security and welfare of peace loving citizens. Therefore, we regard the belated alarm he is raising as the shedding of crocodile tears. This is because in his administration, his priorities are totally different as he does not put his money where his mouth is.
“The ugly reality we have had to endure under el-Rufai’s reign is that protecting lives, jobs and securing livelihoods are treated as an obstacle to grandiose elitist projects and programmes. What else did Elrufai mean when he said the payment of salaries is not a priority of his government?”, the group concluded.
“Government and governance has lost credibility and legitimacy if it cannot protect lives and property of citizens. But el-Rufai’s is still managing to parade himself as a Governor in safe corridors created by multiple security cordons. Meanwhile, most people even in the state capital of Kaduna have been abandoned to play cat and mouse with terrorists.
“In view of the foregoing, SOKAPU wishes to express profound dismay and disbelief at the self righteous alarm of Governor el-Rufai over the embarrassing leadership failures that culminated in our present security, economic and political nightmares. We refuse to belief that Nigeria or Kaduna state has been overwhelmed.
“In conclusion, we call on the Governor to redirect his often strong but misguided political will to truly prioritize the security and welfare of Kaduna State citizens. Let him start thinking and acting out of the box like South Western Governors through Amotekun or Governor Ortom of Benue State through his Community Volunteer Guards. Enough of sensational rhetorics without appropriate actions,” SOKAPU stated.