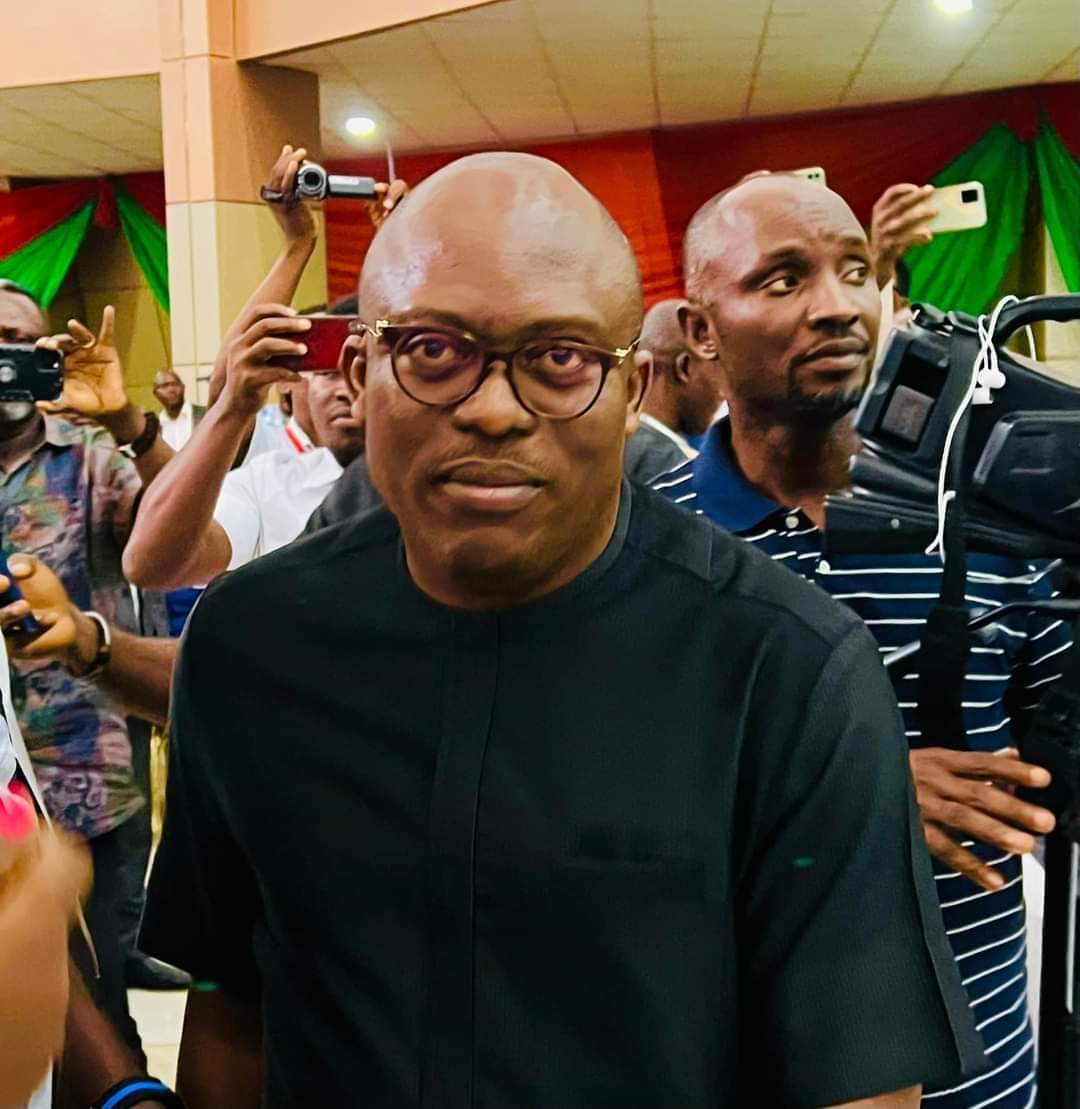 Head Chief of the Fubara House in Opobo King, Alabo Dagogo Fubara has dismissed claims being peddled that the PDP governorship candidate in Rivers State, Sir Siminialayi Fubara was related to Governor Nyesom Wike, and also has Ikwerre blood in his veins.
The Professor Emeritus made the clarification at the weekend in Port Harcourt, insisting that Siminialayi has no ounce of Ikwerre blood in him.
He was reacting to insinuations in some quarters that Siminalayi, whose name means a poor man could give birth to a rich person, shares blood ties with Governor Nyesom Wike.
The Professor of Geodesy and head of Dappa Ye Amakiri Polo in Opobo Kingdom expressed surprise that people could go to any length to fabricate falsehood.
“It doesn’t matter where your mother would have come from”, the head of the Black Fubara Family remarked, “everyone is controlled or owned by a man”, saying the Opobo people are patrilineal.
Tracing the genealogy of the governorship candidate’s parents, the professor said, “His father, grandfather were bonafide Fubaras. Siminalayi Fubara is a bonafide Fubara”, he stressed.
“I am 84 years old. I grew up knowing his father (Joseph). I know much about the place where I am chief of by the grace of God.
“Those who are trying to link him with Governor Nyesom Wike” in terms of birth, “are not doing us any favour.”
He said for him, it was a non-issue, saying “if a man from Rivers State is capable, he should be given what he is capable of delivering.”
Fubara revealed that Opobo does not give titles to non-indigenes.
He said that Siminialayi was a titled man whose father and mother have nothing to do with Ikwerre.
Fubara added, “We, the Ibani Ijaws, are patrilineal in making ancestral claims for who we are and belong to.
“My paternal grandmother is from Azuogu, Ndoki while maternal grandmother is from Azumini Ndoki.
“Yet, I am an Ibani Ijaw because by my paternity, I am a direct blood descendant of King Asimini, said to be the first crowned King of Grand Bonny of the Ibani Kingdom.
“By this, Dr Sim Fubara is my paternal cousin by far more related to me than your assertion of his relationship with Governor Nyesom Wike.
“Let us pray for Sim Fubara to become our governor, directed and enabled by the Holy Spirit to win and perform righteously as good, if not better than Commander Alfred Papapreye Diete-Spiff. When the righteous rules, the people rejoice.”
However, further information from the Jaja family indicates that even on the maternal side of Sim’s lineage, they do not share any relationship whatsoever with the ethnic Ikwerre as propagandists are claiming.
The Jaja family, our investigation has revealed, do not have less than 14 sub-family groups.
It is said in Opobo mythology that King Jaja migrated from Bonny with 14 of his sons.
Investigations show that Sim Fubara’s mother was born a Jaja.
She did not come from Ikwerre land.
When it was time to settle down, she married Joseph Fubara, a soldier, father of Sim Fubara, who trained overseas.
A retired banker, Alabo Emmanuel Patesi Jaja, told a team of editors from Port Harcourt, that his wife was the elder sister of Sim’s mother.
He said there was no truth in the claim that any of Sim’s parents had blood tie with the Wike family or the Ikwerre ethnic nationality as a whole.
He ascribed the claims that are making the rounds as actions of mischief makers who think peddling falsehood would give them an advantage over Sim Fubara.