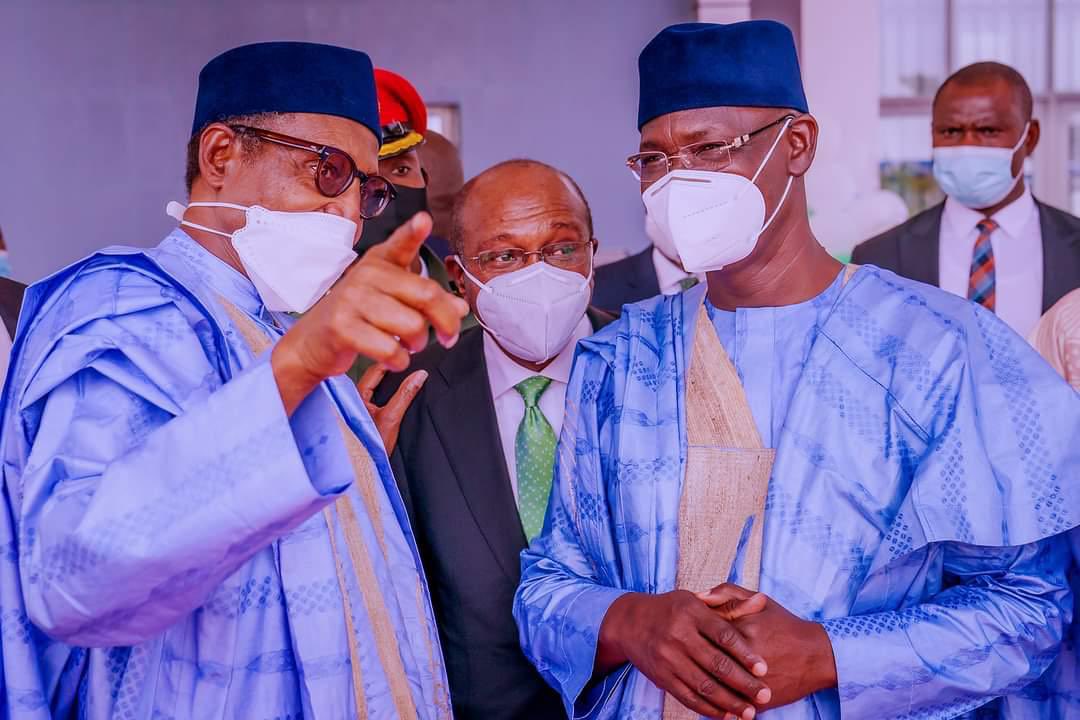 Stakeholders in the education sector in the North-East have said that continuous lowering of Unified Tertiary Matriculation Examination (UTME) cut-off mark would encourage competition and educational development in the country.
The Joint Admissions and Matriculation Board (JAMB), heads of tertiary institutions of learning, and other stakeholders on July 21, adopted 140 cut-off mark for admissions in the 2022/2023 academic session.
The Board adopted 140 as the minimum cut-off mark for admission into universities and 100 for polytechnics and colleges of education, respectively.
Some of the stakehokders who spoke in Bauchi, Damaturu,  Dutse, Gombe, Maiduguri and Yola, described the move as a welcome development, saying it would provide level playing ground for candidates seeking admission into universities and other institutions.
While others dismissed it as inimical to sustainable development of tertiary education in the country.
A Lecturer in the Department of Sociology Science, University of Maiduguri, Mr Mubarak Tanko, said the lowering of the cut-off mark would not affect the Post-UTME test prepared by the institutions.
He said the institutions were allowed to set their own cut-off mark, the least score which any candidate must obtain to enable him to qualify for the Post-UTME screening.
“Institutions are not allowed to set their admission cut-off mark lower than the JAMB 140 benchmark.
”This means that no public university is allowed to set its Post-UTME admission cut-off mark lower than 140 but they have the right to set it above 140. The same applies to polytechnics and Colleges of Education.
“Competitive schools will likely set their admission mark above the minimum 140 cut-off mark, especially those with high number of applicants, they might set their cut-off mark at 200 and above,” he said.
According to him, the 140 cut-off will avail candidates who score below 200 to get admission in less competitive universities across the country.
In the same vein, Shareef Bunu, an Official of the Nigerian Union of Teachers (NUT) in Borno, said the UTME score was not the sole determinant of the placement of candidates into tertiary institutions.
He that admission is based on other parameters such as  Post-UTME, A’level qualifications, O’level grades and physical test.
“JAMB gave the institutions free hand to consider any score they deem fit for their candidates,” he said.
Bunu opined the action would give candidates with lower mark to compete favourably and eoacademic excellence.
Also, Mr Idriss Muhammad, a resident of Bauchi, commended JAMB for the gesture, saying it would enhance access to quality tertiary education in the country.
“The 100 cut-off mark for COEs is too low considering the fact that those that will be admitted were potential teachers.

“You are now sending those with very poor performance to colleges and you expect them to become teachers in the future”.

Also, Prof. Salisu Rakum, former Dean, Faculty of Education, Federal University of Kashere (FUK), said that lowering of the cut-off would have adverse effect on the education standard in the country.

He said the trend would make students less committed to their studies thereby affecting their academic performances.

“COEs as potential teacher training centres needed best and competent hands because, the future of every career is in their hands,” he said.

According to him, the action would produce poor quality graduates who could not compete with their contemporaries across the globe.

Lecturers, he said would find it difficult to train such students since they lack prerequisite requirement and capapacity for advance education.

He said the trend if continued unchecked would made Nigeria to be perpetually dependent on expatriates, especially in medicine, engineering and other specialise fields.

The ASUU official further identified poverty, corruption and poor standard of living, lack of computer literacy or access to ICT as some of the obstacles towards achieving good performances in the UTME.

“Such graduates will find it difficult to secure job in future because they cannot compete with those abroad,” Yusuf said.

Bashir further stressed the need for collective approach to address the root cause for students’ poor performances in the UTME to enable them get the required mark for admission in tertiary institutions of Learning.

On her part, Mrs Fatima Abubakar, a Lecturer, Computer Department, Federal Polytechnic Bauchi, attributed the low students’ performances in the UTME to the falling standard of basic and post-basic level of education.

She said the basic education level was comatose due to lack of qualified teachers to impart relevant knowledge and skills in their students.

She further blamed school authorities for not adhering to syllabus as well as interference of parents and guardians in ensuring prospering education and discipline of their wards.

Buhari Harps On Use Of Technology For 2023 Census 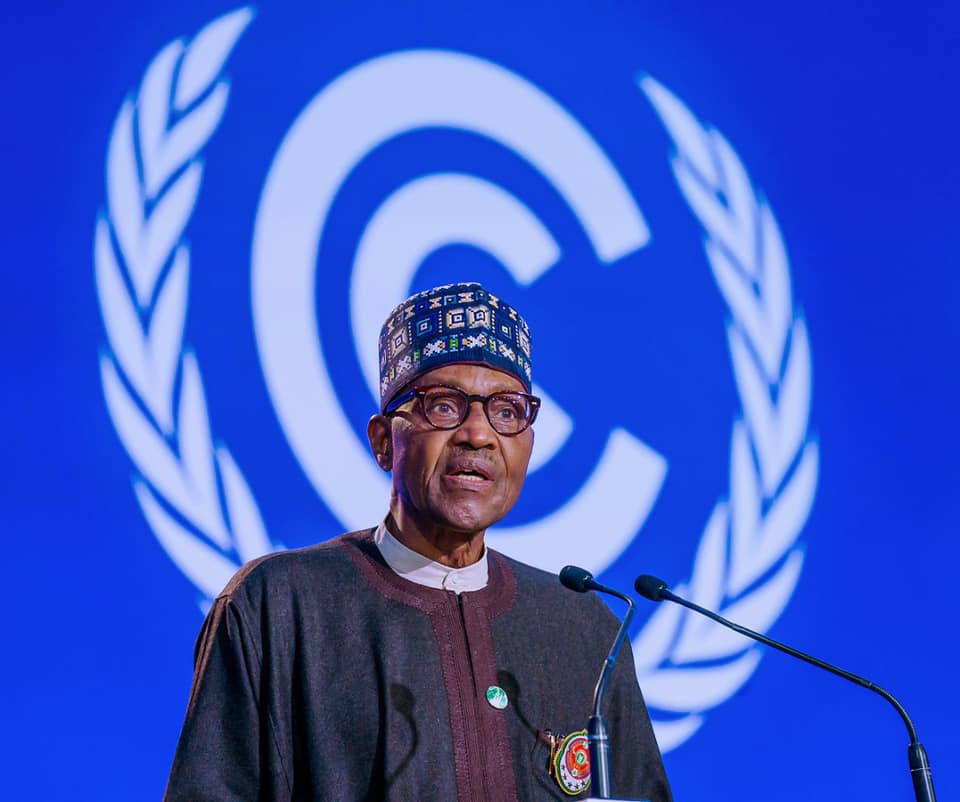 President Muhammadu Buhari, yesterday, said the deployment of digital technology in the 2023 National Population and Housing Census would ensure effectiveness and more accuracy in the figures.
Buhari said Nigeria could rank third largest globally by 2050, after China and India with such a technology.
He spoke at the national stakeholders’ summit on the 2023 Population and Housing Census held at the State House.
Femi Adesina, the President’s spokesman disclosed this in a statement he signed.
Buhari said a “reliable, credible, acceptable and successful census” will help the government in planning for development, especially in bolstering the social security programme that targets more vulnerable Nigerians.
He said: “The country’s inability to conduct a population census in the last 16 years has created an information vacuum as the data from the last census conducted in 2006 has been rendered out of date for planning purposes. It has therefore become imperative for the nation to conduct another national census to produce a new set of demographic and socio-economic data that will provide the basis for national planning and sustainable development.
“Population is a critical factor in a nation’s efforts toward achieving sustainable development. People are both the agents and beneficiaries of the development process. Knowledge of the national population in terms of size, distribution and socio-economic characteristics is required for planning purposes. This, therefore, makes the conduct of the census an essential governance activity.
“With a projected population of 216,783,381, Nigeria is the sixth most populous country in the world and the most populous country on the African continent. Due to the rapidly growing nature of the population and large proportion of the youthful population, Nigeria is also projected to be the third most populous country in the World by the year 2050 after India and China,” he said.
Despite Nigeria’s high-ranking position on the global demographic map, the President said its population censuses had been conducted irregularly and at intervals, longer than the United Nations recommended 10 years.
“This irregular and long interval of census taking in Nigeria has denied the nation the huge benefits of comprehensive baseline data for evidence-based decision-making.
“The nation requires a new data set to drive the implementation of the recently launched revised National Policy on Population for Sustainable Development and other government policies. The 2023 Census data is also needed to tackle the security challenges bedevilling the country as it will give an overview of the population, where we are and who we are.
“Ordinarily, conducting a population census is a routine national event that is the ultimate responsibility of every national government. Census taking cannot be left to the National Population Commission alone.
“Our administration is convinced that the National Population Commission has the commitment and capacity to deliver to the nation a reliable, credible, acceptable and successful census. We are also satisfied with the deployment of technology by the commission to ensure the conduct of the first fully digital census in Nigeria as the census methodology will enhance the data quality, inspire the confidence of the Nigerian people and acceptability of the census results.”

Our Support To NYSC, Token Of Appreciation -Wike 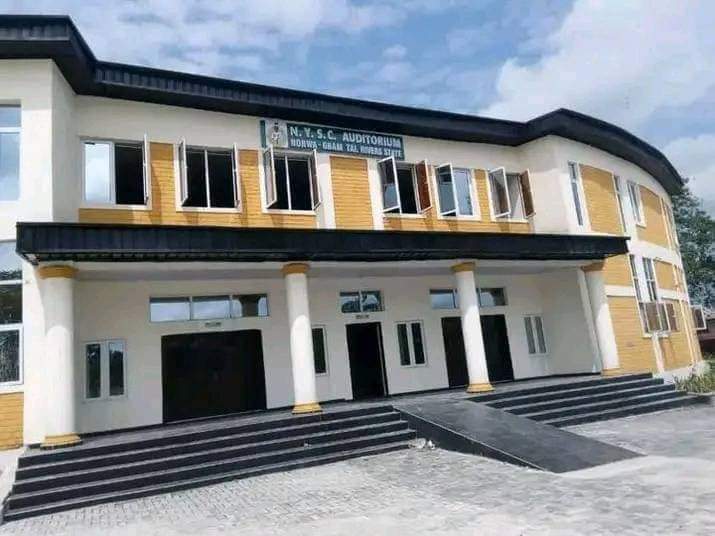 Rivers State Governor, Chief Nyesom Wike, has said that his administration was delighted at improving the poor condition of facilities used by members of the National Youth Service Corps (NYSC) in their camp in Nonwa-Gbam in Tai Local Government Area of the state.
The governor observed that members of NYSC, who are humans do not need to be subjected to facilities that dehumanise them while serving in the state.
He spoke, yesterday at the formal inauguration ceremony and hand over of the 5-000-capacity Ultra-Modern Auditorium at the NYSC camp, built by his administration.
“The first day I came here and saw the poor state of facilities in the camp here, I said, how can we allow graduates; those of them who have first degrees, second degrees, even PhDs, to be camped in an area that is not worthy for humans to stay.
“We tried, starting by building hostels for them. We built a kitchen for them but it was vandalised by criminals. I had to send people to rebuild the kitchen for them. Look at the landscaping. We have done all the internal roads here.”
Wike noted that some people had said that NYSC is a federal agency, but he had asked to know who the members of NYSC posted to the state are serving.
“Therefore, it doesn’t matter whether they’re federal government agency or not. What matters to us is the services they render and those services are render to the people of the state. Therefore, we would do everything we can to make them comfortable.”
Wike informed that the plan was conceived to build an auditorium for the NYSC since they do not have such facility within the camp.
Without such auditorium, Wike noted how difficult it could be for corps and officials of NYSC to have comfortable meeting whenever their coordinator or the director general would choose to address the member collectively.
“So, we decided to build a 5,000-capacity auditorium for them. This project would have been completed before now, but the contractor ran away with the money. But I said nothing will deter us, we must complete it.
“We awarded it to the second person and to the glory of God, today, we are commissioning the ultra-modern auditorium.
“For us, whether they’re from here or not, as long as they render services to the state, we need to acknowledge and appreciate it.”
Performing the inauguration of the 5,000-capacity Ultra-Modern Auditorium, Director-General of NYSC, Brigadier General Mohammed Fadah, thanked the governor for his magnanimity and named the facility, His Excellency, Nyesom Wike Hall.
Fadah informed that there is no NYSC camp across the country that has such auditorium that has been provided by Wike to the camp in Rivers State.
“Governor Wike had done a lot for us. This occasion offers us a unique opportunity for appreciating your numerous people-oriented projects. It is also heartwarming to note that the State government, under your able leadership, has done a lot for NYSC.
“You renovated corps’ hostel and official residences and the multipurpose hall. You constructed drainages, you reconstructed the burnt dining hall, you restored the payment of monthly allowances of corps members to Rivers State. You restored payment of running cost to the secretariat among other support.”
Providing a description of the project, Rivers State Commissioner for Special Projects, Deinma Iyalla, said the 5,000-capacity Ultra-Modern Auditorium has a seating arrangement with the gallery taking 2,500 and the ground level taking 2500.
He stated that there are four multimedia screens, computerised PA system, nine offices, two boardrooms, and two changing rooms in the facility.