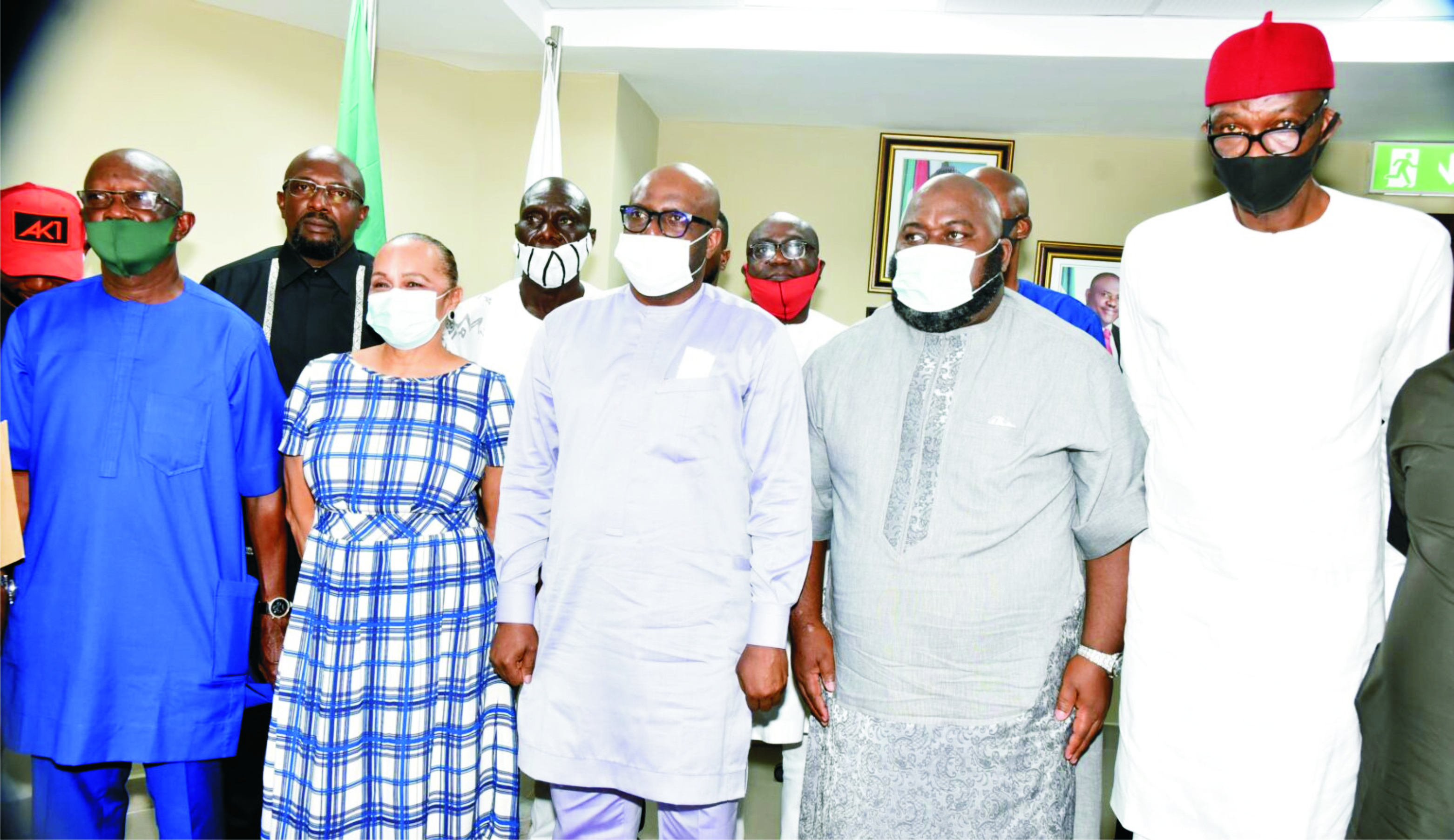 The Niger Delta Development Commission (NDDC) has said that it has lined up a brand new car, performance trip to Dubai, internship deals and other prizes for prospective winners of its newly inaugurated talent hunt.
The logo and procedures to participate in the Niger Delta Talent Hunt (NIDETH), aimed at discovering creative Niger Delta youths, were unveiled in Port Harcourt, last Monday, by the Interim Administrator, NDDC, Dr. Efiong Akwa; and Lead Consultant, Harry Song.
Speaking at the event, Song, a popular songwriter, instrumentalist and producer, said the hunt was designed to discover talented Niger Delta youths in the areas of music, comedy and dance.
Song said: “The live auditions will take place in Benin, Edo State on August 6; Yenegoa, Bayelsa State on August 13, and in Uyo, Akwa Ibom State on August 20, while the grand finale will take place in Port Harcourt on September 1.
“Interested participants should visit NIDETH website and register with their one-minute video to participate in the live auditioning.
“The winner of the Niger Delta Talent Hunt stands a chance to win a brand new car, a performance trip to Dubai with Harry Song, an internship deal and other consolation prizes. Other participants will also stand the chance to win a wide variety of consolation prizes”.
In his remarks, the Special Adviser on Youths to NDDC Interim Administrator, Udengs Eradiri, said the commission was excited about the programme.
Describing it as a rare opportunity, Eradiri urged youths across the nine states of the region to take advantage of it to pitch their tents in the creative industry.
He said the NDDC under Akwa had been repositioned to roll out empowerment programmes, and create opportunities for youths in the region.
“We are not in short supply of talents in the Niger Delta. The youths are just looking for opportunities to showcase to showcase their talents and the NDDC under Dr. Effiong Akwa, is determine to create these opportunities. There is no doubt that this Niger Delta Talent Hunt will produce superstars in the creative industry”.
Meanwhile, the Federal Government has ordered the Niger Delta Development Commission (NDDC) to resume the commission’s scholarship scheme suspended some years ago.
The Minister of Niger Delta Affairs, Umana Umana, gave the directive during a two-day retreat for senior staff of the NDDC and the Niger Delta Ministry, which ended in Abuja, at the weekend.
An official of the ministry, who spoke in confidence, said Umana vehemently kicked against suggestions to scrap the scheme, and insisted that it would be sustained, expanded and revised to eliminate all forms of corruption in the system.
The source said Umana wanted a scholarship scheme that would be home-driven with a special focus on Nigerian universities.
“The idea is to retain the scheme and make it home-based instead of the usual practice of sending beneficiaries abroad to study courses offered in Nigerian universities.
“Foreign scholarship schemes will not be totally removed. But it will be de-emphasised. Niger Delta students will no longer be sent abroad to study courses offered in Nigerian universities.
“The commission can only sponsor interested scholars overseas to study only special courses that are not found in our universities. Therefore, Umana has ordered the commission to review and re-launch the scholarship scheme.”
The source said other far-reaching decisions were taken at the retreat to reposition the NDDC in harmony with the recommendations of the forensic audit report.
He said it was resolved that NDDC would henceforth streamline its projects against the current practice of awarding many jobs in one fiscal year.
“Henceforth, the NDDC will work closely with the National Assembly to ensure that projects are streamlined. Projects that had been completed would be inaugurated and the commission will also stop issuing emergency contracts”, he said.
He said there was also hope for the contractors, who had finished their jobs but had yet to receive their money as a decision was reached that the commission should focus on clearing its debts.
The source said: “It was also agreed that the NDDC should cancel all projects that had been awarded but the contractors refused to mobilise to their sites. The money for such projects will now be used to complete other abandoned projects.
“The forensic audit report is being implemented in phases. The area that concerned the National Assembly had been sent to the lawmakers. The areas that concern the anti-graft agency have also been directed to them.
“A staff audit has also been ordered to ensure proper placement of workers and retirement of those directors due for retirement. The Niger Delta stakeholders should expect a new NDDC that responds to their yearnings under the current minister”, he said.

PHCCIMA Strengthens Ties With NDDC On SMEs’ Growth, Others