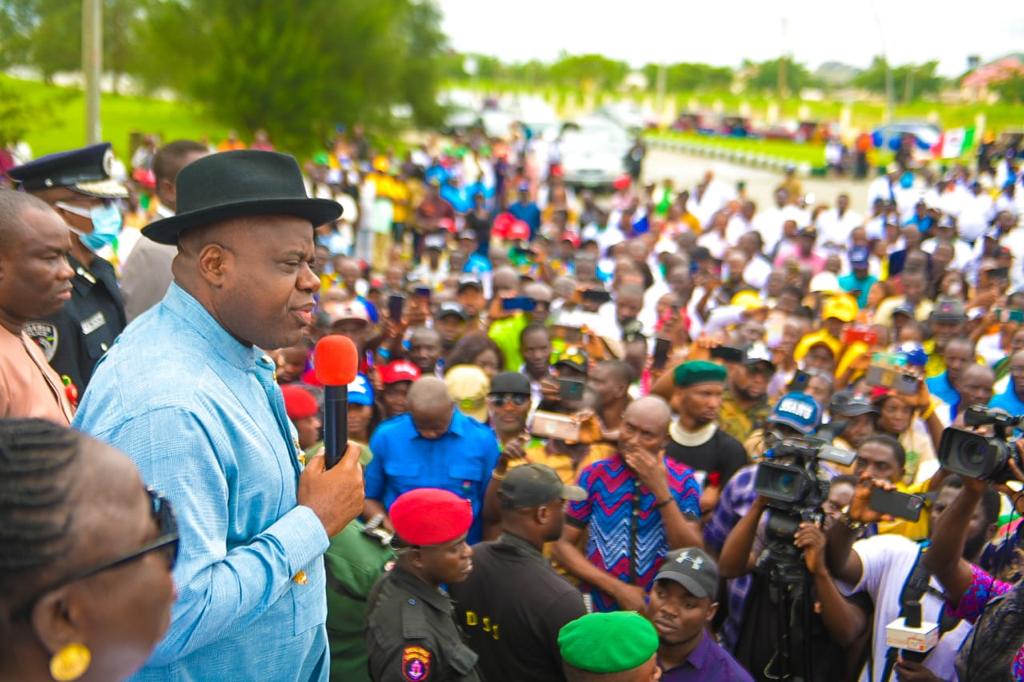 About 900 youths and women have been enlisted to benefit from the Livelihood Improvement Family Enterprises in Niger Delta ( LIFE-ND) agriculture business programme in Delta State.
The State Project Coordinator, LIFE-ND, Mr Collins Ashoro disclosed this while addressing the beneficiaries at a one- day orientation programme in Agbor, Ika South Local Government Area of the State.
He said the project had empowered and graduated 320 youths and women in its first phase in four agriculture business areas of poultry, fishery, oil palm and cassava in Delta.
“LIFE-ND, a Federal Government initiated project in partnership with International Funds for Agricultural Development (IFAD) and the State Government, is focused on developing the Agricultural sector of the economy to reduce youth unemployment.
“The Project, which was initially scheduled to be implemented in the nine Niger Delta States of Abia, Bayelsa, Cross River, Delta, Edo, Ondo, Imo, Akwa Ibom and Rivers, is now effective only in the six IFAD funded states of Abia, Bayelsa, Cross River, Delta, Edo and Ondo.
“I will like to inform you that LIFE-ND Project, whose goal is to transform the rural economy, also has the objective of enhancing the income, food security and job creation of rural youth and women through agribusiness development on a sustainable basis in the Niger Delta region of Nigeria.
“This engagement and training of the new 900 beneficiaries is the second in the series since the commencement of the project in 2019 for the youth between ages 18 and 35 years who are not gainfully employed.
“Delta State LIFE-ND Project has empowered 320 youths and women in four agriculture businesses namely, poultry, fishery, oil palm and cassava in 58 incubation centres located in 52 communities in 10 participating LGA,” Ashoro said.
He stated that the 900 beneficiaries were screened in their communities and were selected based on several criteria, adding that they would also be trained in four agriculture businesses of poultry, fishery, oil palm and cassava.
According to Ashoro, the orientation programme is staggered and taking place simultaneously at various locations in Ika South, Ika North East, Ndokwa West, Ndokwa East, Bomadi, Burutu, Uvwie, Sapele, Ughelli North, Ethiope East and Okpe LGAs in Delta.
“The LIFE-ND Project is special because it uses a unique implementation approach called Agribusiness Incubation Model, like the Igbo’s business strategy of Master-Servant Apprenticeship model employed in training and empowering the youths in the eastern part of Nigeria,” he said.
The Project Coordinator lauded the Governor IfeanyiOkowa-led government’s “SMART” Agenda Programme which robust agricultural policies has helped to bring prosperity to the people of the state, especially the youths.
He, therefore, encouraged the beneficiaries (incubators and incubatees) to take full advantage of the training to equip themselves with the necessary skills to become the next generation of Nigeria successful entrepreneurs.
“It is pertinent to mention that through the two major components and four sub-components of the projects, significant impacts have been made in the area of infrastructural development, input distribution and capacity building,” Ashoro said.
In his remarks, the Permanent Secretary, Delta State Ministry of Agriculture and Natural Resources, Mr Ben Agamah, said the design and implementation of LIFE-ND project was through the incubation model which is trainee-centered, service oriented, and result based.
He lauded the state officials of the project, adding that the commencement of LIFE-ND Project by the State was a step in the right direction.
Agamah charged the beneficiaries to take the training serious and to consider it as a lifetime opportunity and to take full advantage of it by demonstrating the willingness to learn and capacity to grow.
On their part, Ika South Council Chairman, Sunny Tatabuzogwu and Chairman, Delta Agricultural Development Agency, Dr Emmanuel Tidi, lauded the project for its capacity to create jobs, wealth and development across the state.
Some of the beneficiaries lauded the sponsors and the state government for the training while pledging their commitment to the programme.