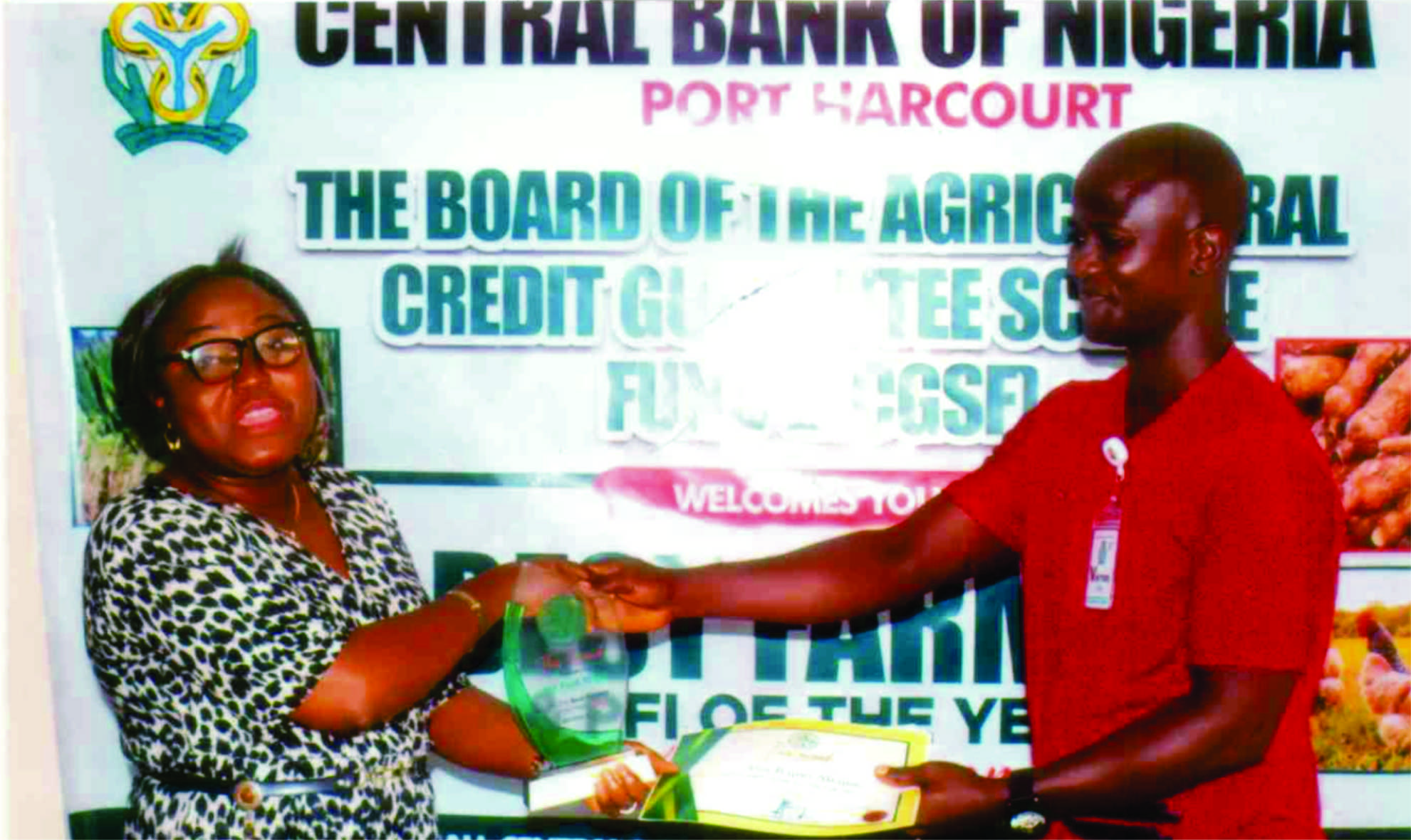 An elder statesman, renowned activist and Niger Delta stakeholder, Rev(Dr) Sokari Soberekon, has applauded the Rivers State Governor, Chief Nyesom Wike for the giant development strides of his administration especially in the area of infrastructural development within the past seven years of his administration.
This is even as the activist appealed to the Governor to provide some grants and financial support to him as a way of rewarding his efforts and contributions over the years as an exponent and champion of the 13 percent oil derivation principle which states in the Niger Delta, among others, are enjoying today.
Soberekon, who gave this indication in Port Harcourt said the Governor Wike administration has not fared badly in the area of infrastructural development particularly against the backdrop of the recent award of the contract for the construction of two additional flyover projects in the state by his administration, thus, bringing the total number to 12. He thanked the governor for doing what the Federal Government could not do for the state, in terms of road construction, saying it would have been disastrous without Wike.
According to him, this is unprecedented infrastructural strides in the history of the state. He however urged the Governor to also develop the people.
Soberekon said he was appealing to the Governor to remember his contributions to the growth and development of the state against the backdrop that he single handedly confronted former President Shehu Shagari in 1981 in Port Harcourt over the need for him to approve oil derivation for Niger Delta states which are producing the resources with which the country is sustained today.
This request, he said has become imperative as he is preparing to celebrate his 80th birthday on September 24, contending that it is more rewarding and honourable to celebrate the heroes of our struggles while they are alive.
He said his claim that he championed the approval of the oil derivation principle could be attested to and confirmed by people like the first Military Governor of old Rivers State, King Alfred Diete-Spiff; former Deputy Governor of the state, Sir Gabriel Toby; and former Governor of the state, Chief Rufus Ada-George, among others.
He said he did not champion the oil denvation for monetary gains then, but for the love of the Niger Delta, insisting that now that he is old, he wants all the states that are benefitting from it to pay him what he described as royalties to enable him celebrate his 8oth birthday so as to continue his humanitarian works.
“I made President Shehu Shagari to approve the oil derivation in the presence of the then Governor of Rivers State, Chief Melford Okilo, then Secretary to Rivers State Government, Chief Rufus Ada-George and the then Permanent Secretary, Sir Gabriel Toby. You can ask these persons who are alive today to confirm the authenticity of how the oil derivation was approved”, he said.
Soberekon also picked holes in the recent change of the Nigerian National Petroleum Company (NNPC) by President Muhammadu Buhari to a public limited company, and queried the composition of its Board of Directors.
According to him, a situation where Directors of the company are predominantly Northerners is unfair, unjust and inequitable.
While demanding justice for the people of the Niger Delta, Soberekon said he is disgusted that only one of the directors is from the Niger Delta region in spite of the area contributing the bulk of the nation’s resources.
He also condemned the recent hike in the price of fuel in the country, saying such an increase was not supposed to be enforced and implemented in the Niger Delta, an area where petroleum products are produced.
Soberekon recalled that over 40 years ago, he threatened to personally commit suicide when the price of petrol was increased from a paltry 9.5 kobo to 15 kobo per litre, and stressed the need for the people of the Niger Delta to be treated fairly.

Monarch Denies Knowledge Of Kalabari Meeting In His Community

The Amanyanabo of Abalama Community in Asari Toru Local Government Area of Rivers State, King Atkinson B Tom Tom VIII, says he was not informed of any meeting of the Kalabari people in his community on the 5th of August 2023.
The meeting, initially slated to hold at Abalama, was later moved to Obuama, Degema LGA where it later held.
Speaking with newsmen in Port Harcourt, King Atkinson said he refused the organisers from holding the meeting in his community because he was not officially informed of the purported meeting.
The monarch also denied receiving money and drinks from the organisers of the meeting.
“I was not officially informed by anybody that a meeting slated to be held at Abalama on Friday, 5th August 2022 was initiated by anybody, organisations or group of persons.
“There was no official letter or personal contact by the organisers of the meeting before the scheduled date.
“Surprisingly, I heard about the meeting through rumour and based on this premise, I consciously went home on Thursday, 4th of August, 2022 to see whether or not a courtesy call will be made at my palace”, he said.
King Atkinson further said the Chairman of Asari Toru LGA also contacted him on phone to know whether he had knowledge of the meeting.
“I responded that I was not informed of the purported meeting as there was no formal or due process adhered to by the organisers.
“In like manner, the local government chairman further informed me that he was not also informed of the meeting as the Chief Security Officer of the LGA”, he said.
The monarch also accused the organisers of the meeting of inciting the public against him by misinforming the public that he was duly informed . He, however, said despite the misinformation, Abalama would continue to remain the conference room of the Kalabari people.
Atkinson used the occasion to call on the people to disabuse their minds of the misinformation.

The Six Division Garrison, Nigeria Army, Port Harcourt, last Friday won the division’s Inter-brigade Combat Proficiency Competition featuring 60 soldiers from four brigades in the South South.
The garrison emerged overall winner at the competition held at the division’s headquarters in Port Harcourt with 560 points.
The 63 Brigade, Asaba, came second while 16 Brigade, Yenagoa, took the third position as 2 Brigade, Uyo, came last.
The participating officers and soldiers competed for the top prize in map reading, 2.3 kilometre race, weapon handling, shooting and skills at arms in the five-day exercise.
Other events were open-river swimming, obstacle crossing as well as leadership training and lectures.
Addressing soldiers at the competition’s closing ceremony, the General Officer Commanding (GOC) Six Division, Maj.-Gen. Olufemi Oluyede, praised the participating brigades.
He said the competition was organised to enhance the combat proficiency and professional qualities of officers and soldiers under the division.
“This competition is part of commitment to train and retrain personnel to boost esprit d’ corps, regimentation and endurance that is necessary to tackle challenges facing the army.
“The participants have gained physical fitness, determination and teamwork in view of the fact that training develops the requisite capacity of troops to function effectively,” he said.
Oluyede said the competition targeted mainly personnel on the ranks of major and below, describing them as critical to army operations across the country.
“These categories of officers are important in our counter terrorism, banditry, kidnapping and sundry crime operations in the country.
“The involvement of femaleofficers in the training and their competitiveness is another perspective and ingenuity added to the competition.
“Aside this, the competition brought together participants from various formations and units of the division, promoting mutual cooperation and comradeship,” he said.
The GOC said the competition was one among several other training exercises organised by the division to improve physical and combat readiness of troops.
He called on the participants to remain sharp and dedicated to duty, urging them to share their newly acquired knowledge and skills with junior colleagues in their respective units.

Poised to upgrade facilities at the state’s National Youth Service Corps (NYSC) camp, Rivers State Governor, Chief Nyesom Wike, has handed over the 5,000 capacity state-of-the-art Auditorium built by his administration to the corps in the state.
Inaugurating the project at the Orientation Camp, Nonwa-Gbam, Tai, last Thursday, the Director General, NYSC, Brigadier General Muhammad Kaku Fadah, described the project as representing an architectural masterpiece and urged other state governors to emulate the gesture.
Fadah, who doubled as the Special Guest at the occasion noted that no NYSC camp in the country has such auditorium, expressing hope that the other state governors would borrow a leaf from the Rivers State governor and ensure a comfortable stay of corps members on camp.
While noting the numerous people-oriented projects of governor Wike to the scheme in the state, Fadah stated that the governor was indeed”setting the pace in terms of commitment to providing critical infrastructure needed to create a conducive environment for corps members undergoing training during orientation course exercises in the state to have a sense of belonging and well-being”.
The NYSC boss expressed deep gratitude to the governor for giving the state orientation camp a face-lift with the ultra modern auditorium.
“Governor Wíke has done a lot for us. This occasion offers us a unique opportunity to appreciate your numerous people-oriented projects. It is also heart-warming to note that the state government under your able leadership has done a lot for NYSC”, he said.
Earlier at the Passing-Out Ceremony of the 2022 Batch B, Stream 2 Corps Members, Fadah charged the corps members to remain security conscious at all times and shun acts that are capable of endangering their lives, including staying out late, taking ride from strangers and attending night parties.
Fadah said, “the scheme is in constant liaison with security agencies and other critical stakeholders to ensure your safety always as well as in addressing other essential needs that will enable you have a fulfilling service year”.
A total of 1,288 corps members successfully completed the orientation exercise in the state.