The Federal Government has urged the National Humanitarian Coordination Technical Working Group (NHCTWG) and other stakeholders to develop a robust methodology for the development of a National Action Plan (NAP) for the implementation of the Internally Displaced Persons (IDPs) policy.
Minister of Humanitarian Affairs, Disaster Management and Social Development, Hajiya Sadiya Farouq,  made the call at the Fifth National Humanitarian Coordination Technical Working Group (NHCTWG) meeting  in Abuja.
Farouq recalled that on February 24, 2020, President  Muhammadu Buhari approved the constitution of a National Humanitarian Coordination Committee (NHCC) to oversee all humanitarian actions in the country.
She said the committee was charged with providing national vision for humanitarian actions as well as advising on coordination between the security services and humanitarian actors.
“However, the NHCC set up this TWG, a multi-sectoral committee, to serve as its engine room and  to provide technical support to the National Humanitarian Coordination Committee (NHCC).
“It is also to provide platform for stakeholders in the humanitarian space to interrogate all humanitarian operations, emerging issues and ensure seamless response and application of best practices.
“This fifth meeting will inter alia focus primarily on updates on National Policy on Internally Displaced Persons (IDPs) after its approval by the Federal Executive Council on 1st September, 2021.
“I, therefore, charge stakeholders to exchange ideas, views and agree on the most robust methodology towards the development of actionable NAP for the implementation of the IDP policy”, Farouq stressed.
According to her, this will go a long way to activate a process of closing the gap in coordination and management of IDPs in the country.
“Therefore, your expert contributions are  highly desired and would be very much appreciated. I wish you all  successful deliberations”, she said.
Also speaking, Deputy Head of Office, UN Office for the Coordination of Humanitarian Affairs (UN-OCHA), Esty Sutyoko, said the UN would continue to support the ministry in delivering of it mandate.
“It is a thing of joy to see that the ministry is championing the humanitarian course.
“We will continue to contribute our quota to see that the ministry attains its vast mandate, which includes effective coordination of national and international human development.
“Insecurity in the North East and other parts of the country has been disrupting life system and social services.
“In these critical times, as an international organisation, UN-OCHA and other organisations will continue to provide the needed support.
“We have reiterated our commitment to stand by Nigeria and support her actions towards providing humanitarian needs.Thus, it is necessary for us to improve our collaboration”, Sutyoko said.

The Federal Government has called on  Non-Governmental Organisations (NGOs) operating in Nigeria to support its efforts in the fight against terrorism, banditry and all forms of criminality.
The Minister of State for Budget and National Planning, Mr Clem Agba, made the call at the unveiling of an NGO, ‘Sure for Your Rescue and Resettlement Initiative (SURE4U’ in Abuja.
SURE4U was established by the former Comptroller-General of Immigration Service, Mr Muhammad Babandede, to promote social justice, gender equality, protection and integration of vulnerable children and returnees into the society.
Agba urged NGOs to support government efforts by ensuring that they did not engage in activities that undermines Nigeria’s sovereignty and national security.
He also urged NGOs to support government in addressing the plights of the vulnerable in Nigeria.
“The problem of providing for the vulnerable people in our society is at the heart of President Muhammadu Buhari administration’s commitment to lifting 100 million Nigerians out of poverty in ten years.
“There is the overwhelming need to accord the vulnerable a priority so as to enable them contribute meaningfully to the socio-cultural and socio-economic development of Nigeria.
“Consequently, the National Development Plan 2021 to 2025 takes into consideration the plight of the Almajiri children and other vulnerable Nigerians and adequate room has been made to ensure their inclusion in the implementation of the plan.
“It is hoped that NGOs will complement the efforts of government in this regards. Some of their invited contributions includes human capital development and technical assistance.
“Development of Small Scale farmers; Research, monitoring and evaluation; Enlightenment Campaigns; Advocacy for the poor; and conflict resolution/peace building,’’ he said.
The Minister said Babandede’s experience at NAPTIP and NIS would be brought to bear in the running of the new organisation, with multi-tasked vision on the vulnerable children in the society.He added that SURE4U would be involved in Migration issues including provision of adequate and hospitable reception to Nigerians deported back home, mainly to assuage their frustrations due to forced displacement.
According to him, the menace of Trafficking in Persons (TIP) as one of the world’s most despicable human phenomenon.
“Girl-child education and inmates incarcerated because of minor offences requiring settlement of small judicial fines are also amongst the noble precepts of the NGO.
“The experience garnered by the founder while at NAPTIP and Immigration Service would certainly come in handy in meeting the organisation’s objectives.
‘SURE4U holds a huge promise for its intended objectives in Nigerian, especially the less privileged in the society,’ he said.
Agba said it was more interesting to see such an organisation founded and headed by a credible personality who had served the government and still ready to serve the country through non-governmental activities.
He added that undertaking an NGO activities in terms of funding and other logistics was never an easy task, adding that many NGOs found it difficult to garner sufficient and continuous funding for their work.
Also speaking, the Federal Commissioner, National Commission for Refugees, Migrants and Internally Displaced Persons (IDPs), Mrs Imaan Sulaiman-Ibrahim, said SURE 4U has similar mandates with her agency hence the need for the support.
She added that the almajiri programme was a serious problem in the country that needed an urgent attention.
“Almajiri programme is a strong form of internal human trafficking because it has departed from it original reason why it was being initiated.
“It comes with a lot of abuse and there is no reason why we should condone it.
“While I was the Director-General of NAPTIP, on a daily basis, with the help of the security agencies, we intercepted two to three trucks of children being transported across the country.
“So, definitely, it calls for collective effort to address the issue of almajiri in the country, “ she said.
On his part, SURE4U Board of Trustees (BOT) Chairman, Sen. Usman Kibiya commended the Federal Government in tackling issues such as the number of out of school children and child trafficking.He called on the government for more effort at educating the girl-child saying that policies on the vulnerable in the society should be redesigned to carter for their needs.
### 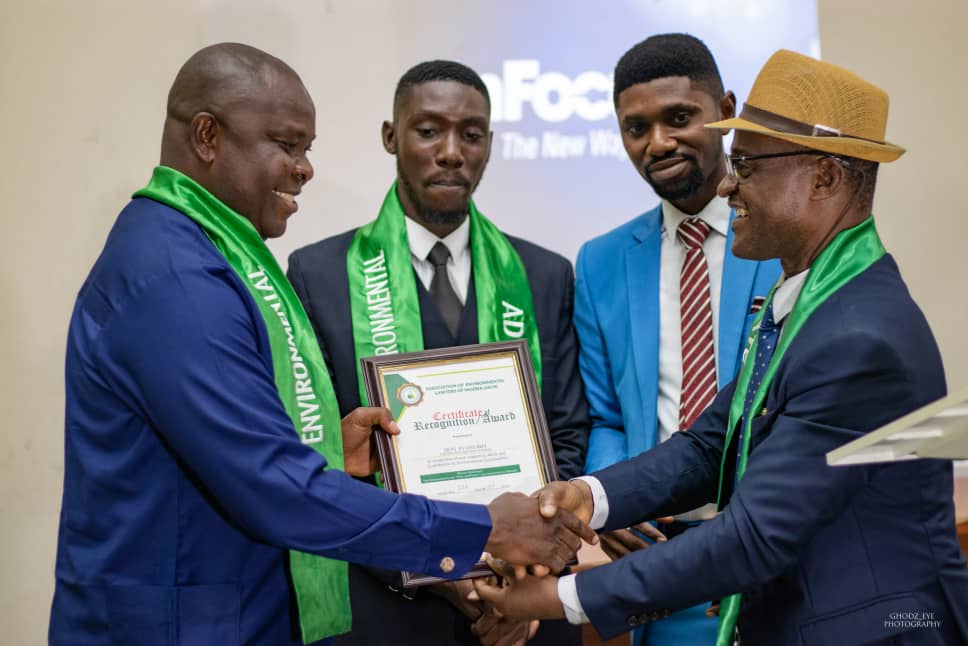 The Federal Capital Territory Administration (FCTA) Social Development Secretariat (SDS) has handed over 23-year old Miss Beatrice Adah, a cancer patient, to her family after sponsoring her surgery at the National Hospital, Abuja.
Its Acting-Director, Social Welfare Services Department, Alhaji Sani Amar, disclosed this to The Tide’s source in Abuja.
Amar said before the intervention of FCTA Department, the cancer patient was being used by some men to make money on the streets of Abuja.
He said when the department apprehended them, they claimed that they had earlier taken the patient to the National Hospital but couldn’t afford the medical bill, adding that, that was why they resorted to begging.
Amar said they took the patient to the National Hospital to verify the  claim and the Surgeon asked them to make a deposit of N500,000.
He said the young men had already realised millions of naira through begging on behalf of the patient.
“In fact, we discovered that one of the young men had bought a plot of land in one of the local communities from Abuja natives, out of the money they realised through begging.
“The second one had also purchased a land and even built a structure, all with the money they gathered through begging in the name of looking for money to pay her medical bill.
“In fact, our investigation revealed that the patient was in their custody from July 2020 until when we intercepted them about two months ago.
“And by the grace of Almighty Allah, the surgery was carried out successfully,” he said.
Amar revealed that when the department took Beatrice to the hospital, a good Samaritan appeared and contributed N350,000, while FCTA completed the money and made the deposit for the treatment.
“As time goes by, from the money the two young men realised through begging, we made them to vomit N500,000, which we added to the initial deposit of N500,000 for the treatment.
“Subsequently, FCT Administration through the SDS, also added N300,000. In fact from the beginning to the end of the treatment we spent about N1.6 million put together.
“Like I said earlier, the donor contributed N350,000, the FCTA contributed N600,000 and we collected N550,000 from the young men,” he said.
Amar said that based on the investigation conducted by the department, the young men, who claimed to be doing “a Godly job” were fond of exploiting patients with such condition (abnormal growth).