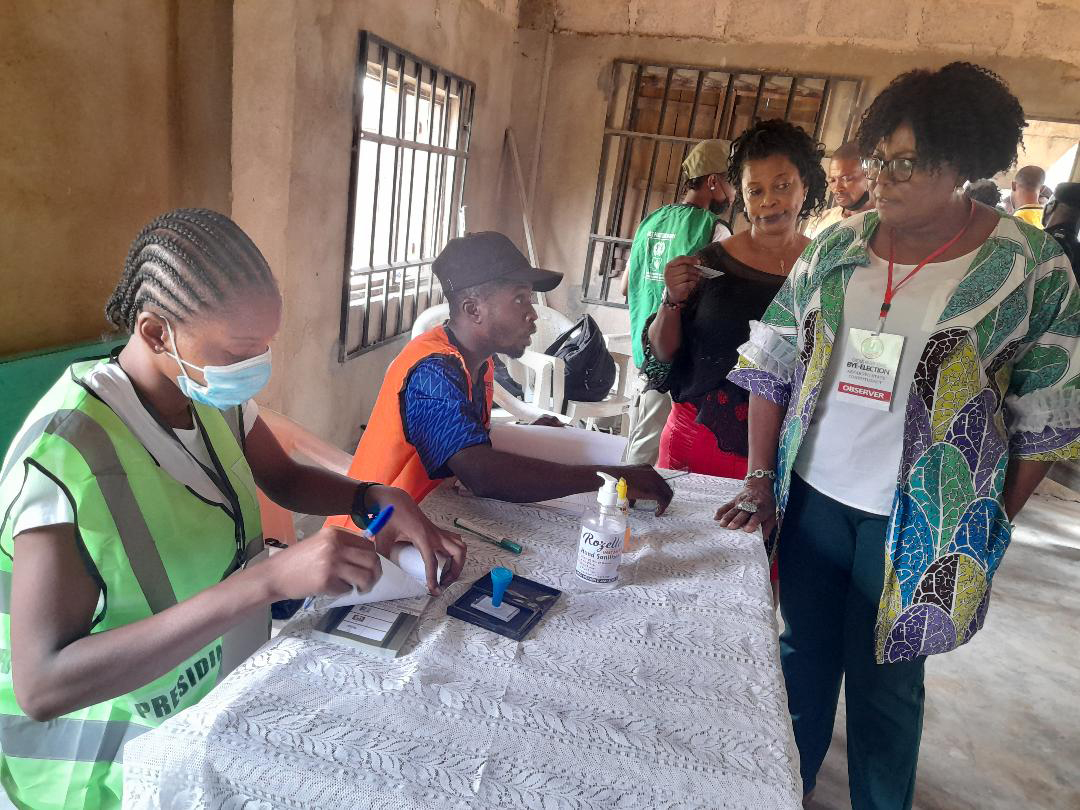 The Centre for Democracy and Development (CDD) on Saturday, said its 300 accredited observers who collected data on key aspects of the governorship election in Osun State observed violations of the Electoral Act by political parties and their agents in 14 Local Government Areas.
The Centre alleged that the parties continued campaigning, and canvassing for votes in close proximity to the polling unit in LGAs during voting while officials of the Independent National Electoral Commission looked the other way when the abuses occurred.
According to the first preliminary briefing on the election by CDD, the acts which contravene the provisions of the Electoral Act 2022 were mostly reported in Ife Central, Odo Otin, Osogbo, Oriade and Irepodun.
Also, the organisation said it documented claims and counter-claims by political actors over allegations of vote buying.
An interim report signed by the Chair of CDD’s Election Analysis Centre (EAC), Prof. Adele Jinadu, which was read before journalists in Abuja, stated: “Our observers reported cases of political party agents campaigning, and canvassing for votes near the polling unit in 14 LGAs, which represents 9.6 percent of the polling units observed.
“These acts which contravene the provisions of the Electoral Act 2022 were mostly reported by observers in Ife Central, Odo Otin, Osogbo, Oriade and Irepodun.
“CDD-EAC observers also reported seeing unremoved campaign posters at some polling units, just as political party agents openly canvassed for votes.
“A number of fake news stories, misleading captions for images, and the sharing of dead online links was also being used by partisan actors to mislead voters or to possibly depress the vote in areas in which the political opposition is perceived to have some strengths.”
While noting that adequate measures had been put in place to ensure peaceful voting, the Centre said pockets of disagreements between party agents and INEC officials were also reported by it observers in some polling units; adding that these incidents were largely resolved.
The CDD-EAC commended the punctuality of the election officials as well as the early arrival of voting materials, saying there was a marked improvement in the logistics arrangements made for the Ekiti off-cycle poll held last month.
“CDD-EAC notes that the Independent National Electoral Commission (INEC) took some steps to address some of the gaps identified in the Ekiti State governorship election last month,” the organisation stated.