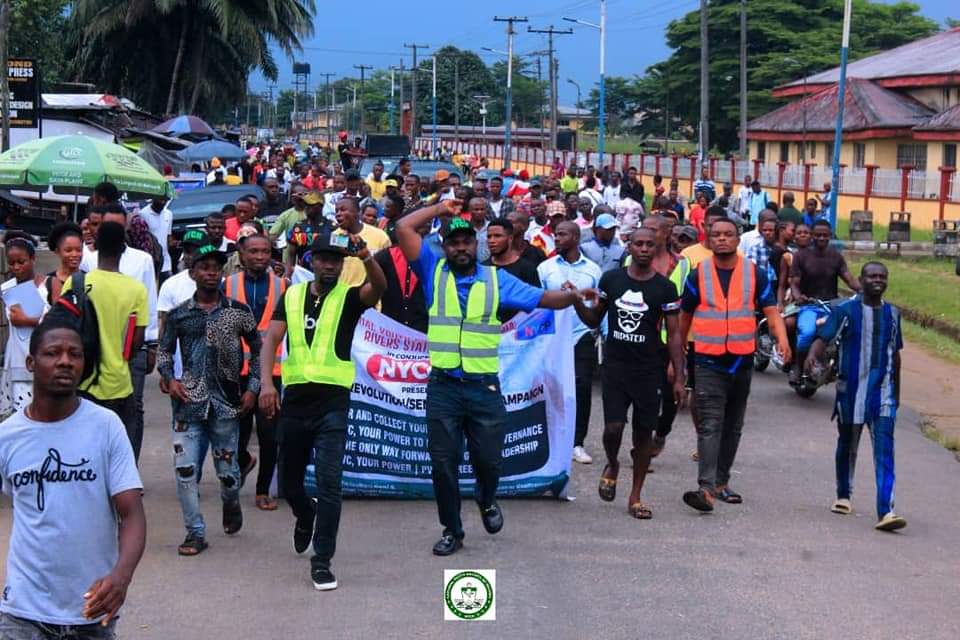 The presidential candidate of All Progressives Congress, APC, Asiwaju Bola Tinubu, has asked his counterpart in the Labour Party, LP, Mr. Peter Obi, to call his supporters to order, warning that “falsehood and disinformation will not win elections”.
Tinubu, in a statement by his campaign organisation, on Wednesday, urged Obi to caution his supporters and to allow the election circle be about issues that will advance the growth, progress and stability of the country.
The statement by Director, Media and Communications, Tinubu Campaign Organisation, Mr. Bayo Onanuga, also admonished the Labour Party presidential candidate to get his supporters to “desist from spreading lies, malice and denigrating other candidates, especially Asiwaju Bola Ahmed Tinubu”.
“TCO (Tinubu Campaign Organisation) further states that Nigeria will be better for it and the electoral process will be enriched if the 2023 presidential campaign sticks to issues of good governance that will lift millions of Nigerians out of poverty rather than being dominated by the ravings of guttersnipes, who do not wish the country well,” the statement added.
Onanuga noted that the Tinubu Campaign Organisation saw the need to appeal to Obi to rein in his supporters after investigating the origin of the fake report claiming that the Ghanaian President, Nana Akufo-Addo wrote a letter to Tinubu, asking him to support Obi and take care of his (Tinubu) health.
According to him, the Ghanaian President, via his official Twitter account, has debunked the news as a product of deliberate mischief with the intent to deceive the public.
“I have written no such letter to the APC leader, and it will not occur to me to do so.
“Ghana and Nigeria boast of decades of cordial, strong and brotherly relations, and I am not going to be the one to interfere in the internal affairs and politics of Nigeria,” said President of Ghana via Twitter.
Onanuga said: “We have found that the fake news about Akufo-Addo’s letter was first published on June 22 by a rogue platform, whose url reads worlsnews.space (sic) and site identity as World of News.
“A content analysis of the site clearly showed that it is a Biafra news platform. The fake news was reposted on Facebook by Peter Obi Support Group, same day — a clear proof that Biafra campaigners and Peter Obi supporters are the same.
“Both the Facebook account and the website are replete with fake stories about Bola Tinubu, including a fake story credited to former Governor Akinwunmi Ambode, alleging that Tinubu demanded N50 billion monthly payment from him.
“The spuriousness of the statement is in the evidence that Lagos did not begin to clock N50 billion revenue until after Ambode left office.
“Tinubu could not have demanded N50 billion monthly payment from Ambode when the state government didn’t make such in a month throughout the tenure of Mr. Ambode.
“The pirate website, which the Facebook account feeds, on also parades malicious fake news and headlines such as “I am old, but my blood is young, please vote for me – Tinubu begs youth.” .
“There is also the most wicked of all headlines: ‘When I became president, I will Build more prison (sic) for Igbo’s and IPOB members – Tinubu’.
“The big surprise in all of these is that all the headlines have no supporting stories, and clicking them may bring virus to your computer.
“We have come to a point where it becomes imperative to tell Mr. Obi to show leadership and disavow his supporters, who are employing fake news and disinformation as deliberate tools to deceive and poison the minds of unsuspecting Nigerians,” he added.

A group under the aegis of the Northern Christian Network (NCN) has described the choice of Plateau State Governor, Simon Bako Lalong as the Director General of the All Progressives Congress (APC) Presidential Campaign Council as a perfect soft landing for the ruling party.
Convener of the group, Mshelia Lazarus, made the position of the Northern Christian Network known in a statement issued in Abuja on Wednesday.
The group while congratulating Lalong on his emergence as the campaign DG, expressed confidence in his capacity to deliver.
According to the group, the choice of Lalong would to a greater extent douse the raging controversies and heated debates being generated over the Muslim-Muslim ticket by the ruling All Progressives Congress.
The group therefore urged critical political stakeholders from the country, especially the North Central geopolitical zone where Lalong hails from to rally round one of their own to enable him succeed in the given task.
The group also appealed to Christians in the country to see Lalong as one of their own who would ensure their interest is well protected in the ruling party.
The group maintained that one person that will be a master stroke and game changer for Asiwaju’s victory is the Plateau State Governor and Chairman, Northern Governors’ Forum (NGF), Simon Bako Lalong.
“Lalong is a quintessential and grassroots politician who will be able to galvanize his influence in delivering victory for Asiwaju Bola Tinubu.
“The choice of Lalong who is an influential Northern politician and a devoted but detrabalised Christian from the ruling party, will no doubt, kindle hope among the Christian community in the country”, the group said in the statement.
“Lalong, who is the Chairman of the Northern Governors Forum was able to galvanize and rally all his colleagues from the North to insist on power shift to the South.
“He was instrumental in seeing to it that the cabals who were bent on foisting a Northern candidate on the party as flag bearer did not succeed , thus, paving the way for the seamless emergence of Tinubu at the convention in Abuja.
“The last minute intervention of the Lalong-led NGF changed the equation in favour of Asiwaju Bola Tinubu”, the group said.
The group also alluded to the efforts of Lalong in engendering peace and harmonious living on the Plateau, saying, his emergence would be a game changer for the party.
“The emergence of Lalong as governor changed the narrative on the Plateau as the state has largely witnessed relative peace as against the recurrent clashes it had recorded in the ugly past.
“Lalong due to his sensitivity to the religious and ethnic leanings of the people on the Plateau, has been able to engender peaceful coexistence and promote harmonious living among the people.
“He has been able to scale down the spate of conflicts and tension on the Plateau. Lalong has before now served as a lawmaker in the Plateau State House of Assembly where he rose to become Speaker of the House aside handling other sensitive responsibilities in the House.
“As chairman of the Northern Governors Forum, Lalong as first among equals, has been able to galvanize his 18 other fellow governors from the North and had coordinated the affairs of the Forum without hitches.
“All these were clear attestation to the competence of Lalong and there is no gainsaying the fact that choosing him as the campaign DG would ensure victory for Asiwaju”, the group said.