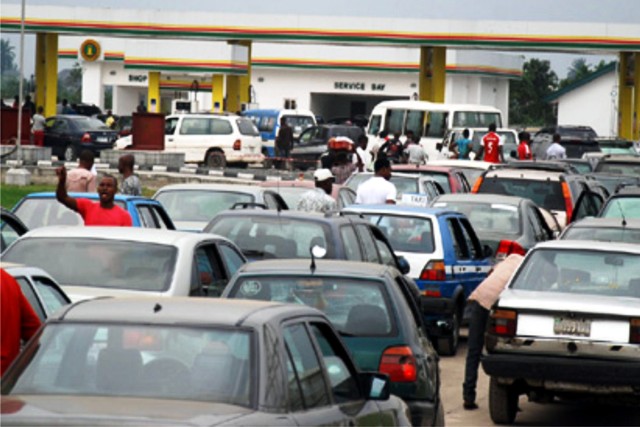 The Federal Government
has said Nigerians, especially residents of the Federal Capital Territory (FCT) and some other cities, may continue to witness fuel queues until there was complete deregulation of petrol.
Minister of State for Petroleum Resources, Timipre Sylva, stated this while briefing State House correspondents at the end of the weekly Federal Executive Council, FEC, meeting, weekend, presided over by President Muhammadu Buhari at the Council Chamber, Presidential Villa, Abuja.
The Minister also said the council approved the award and procurement for provision of a conference hostel facility in Yenagoa, adjacent to the Nigerian Content Towers at N22 billion to Megastar Technical Construction Company, with completion period of 24 months.
Responding to questions on the persistent fuel queues in Abuja and some other parts of the country, the Minister said the situation, particularly in the FCT, would persist for a while until fuel was finally deregulated.
He explained that the fuel queues were not caused by shortages in supply of fuel but for the reluctance of petroleum marketers to sell at the recommended retail price.
According to him, there are queues in Abuja because selling at the recommended N165/litre of fuel is unprofitable to marketers, who resolved to take advantage by diverting products from the city centre to where they could sell above the recommended retail price.
“If you look at it, there are no queues when you leave Abuja. In most places, it is only in Abuja metropolis you continue to have these queues. So, it is as though there is less supply to Abuja than to the rest of the country.
“It is not so. It is because if you go out of Abuja, they can afford to probably sell at higher prices. And I’m sure a lot of you must be buying at higher prices”, the Minister said.
Giving updates on the rehabilitation of the nation’s refineries, Sylva said the Port-Harcourt refinery would soon become operational, adding that the Dangote Refinery would commence operation by January next year.
“So, these issues will gradually be resolved and we will get to the point where Nigeria will be fully supplied from in-country refined products,” he assured.

On why Kaduna and Warri Refineries’ workers were still drawing salaries, even when they were not producing anything, the Minister explained that most of the workers had been redeployed, with a few others doing skeletal services to prevent pilfering at the facilities.

Commenting on the high cost of gas (diesel), the Minister said it was so because the product had been deregulated.

“But, of course, you know the geopolitical tensions in Ukraine and Russia is still on and it’s really affecting the global prices of this commodity.

‘’So, it is not really something from Nigeria. It is something that is affecting the global community; everywhere in the world is having the same problem.

On his part, Minister of Environment, Muhammed Abdullahi, said Council awarded the contract for consultancy services and design of centre of excellence for environmental restoration with an Integrated Contaminated Soil Management Centre at the sum of N449,250,040.50 (VAT inclusive).

He explained that the centre was in fulfillment of the President’s promise to Ogoni people and was meant to impact on them in terms of employment generation and laboratory tests for land remediation efforts on the site contaminated, so it could be made easily cultivatable by the people for their fisheries, farming activities and access to water. 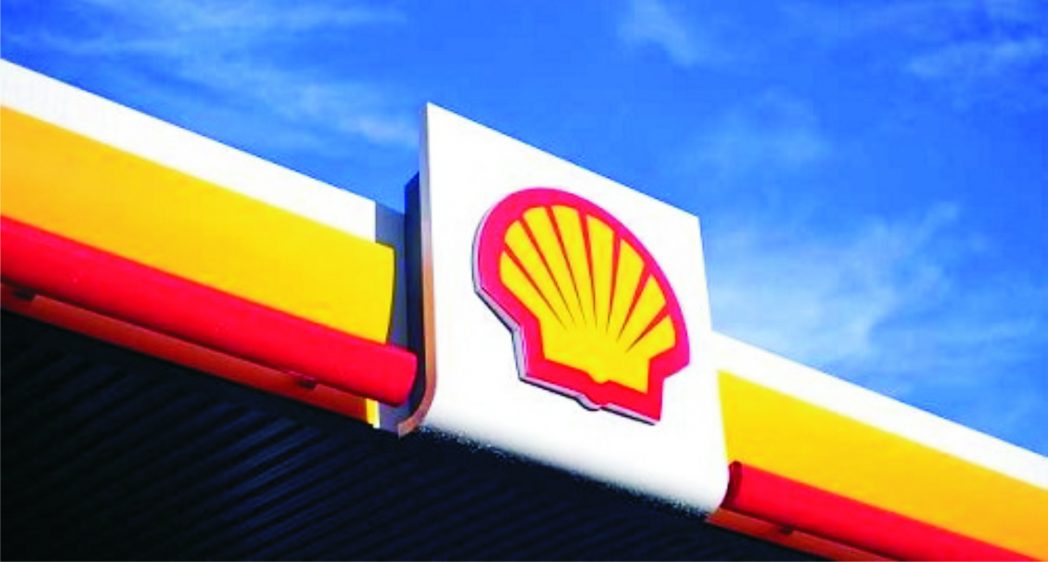 The Shell Petroleum De- velopment Company of Nigeria Limited has confirmed a water leak incident on its Floating Production Storage and Offloading vessel, Sea Eagle, offshore Warri.
The Floating Production Storage and Offloading vessel, Sea Eagle, which is owned and operated by SPDC JV, is moored in the EA field, located southwest of Warri in water depths of around 25 metres.
Speaking, spokesperson for the Shell Petroleum Development Company of Nigeria Limited, Michael Adande, said the incident did not affect the area where crude oil is stored on the FPSO.
Adande explained that the relevant authorities have been notified, adding that measures to contain the water inflows as well as repairs were ongoing.
“On Sunday, 24 July 2022, our Offshore Installation Manager on board of the Floating Production Storage and Offloading vessel, Sea Eagle, reported a leak in the hull of the vessel.
“The FPSO is anchored in the shallow waters. Relevant authorities were notified.
“The leak did not affect the section of the FPSO where any crude is stored. Measures to contain the water inflow have been adopted successfully. The repair works are ongoing”, he said. 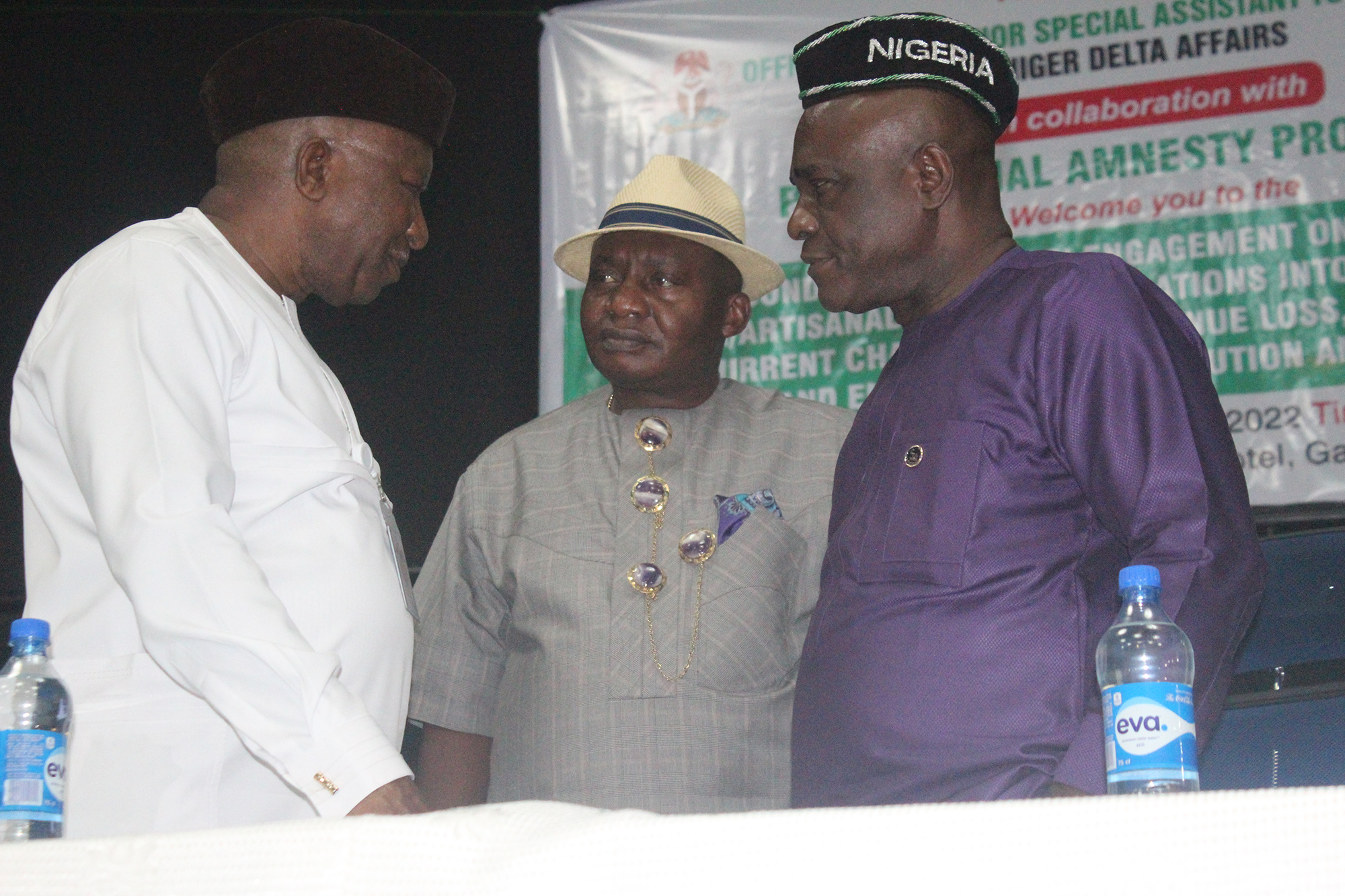 An oil pipeline capable of hauling 180,000 barrels a day across Nigeria has ceased transporting crude since mid-June due to theft, according to a source.
The Trans-Niger Pipeline, TNP, has yet to be formally shut, said the source, who prefers being anonymous because the information has not been made public.
The link’s capacity is about 15% of Nigeria’s most recent average daily output, according to Bloomberg calculations.
Nigeria, Africa’s largest oil producer and a member of the Organization of Petroleum Exporting Countries,  has tried to stamp out sabotage on its pipeline network in recent years. Oil theft remains a chronic problem for the midstream system known as the TNP.
Producers received as little as 5% of crude volumes pumped through the pipeline between October 2021 and February, an industry union reported earlier this year.
It reflects a larger issue for Nigeria, which is facing shrinking investment and hasn’t been able to meet its OPEC+ oil-production quota in order to benefit from a surge in prices.
The TNP was illegally tapped in about 150 places, the Petroleum and Natural Gas Senior Staff Association of Nigeria said in March when local government checked some of the areas where the theft occurred. 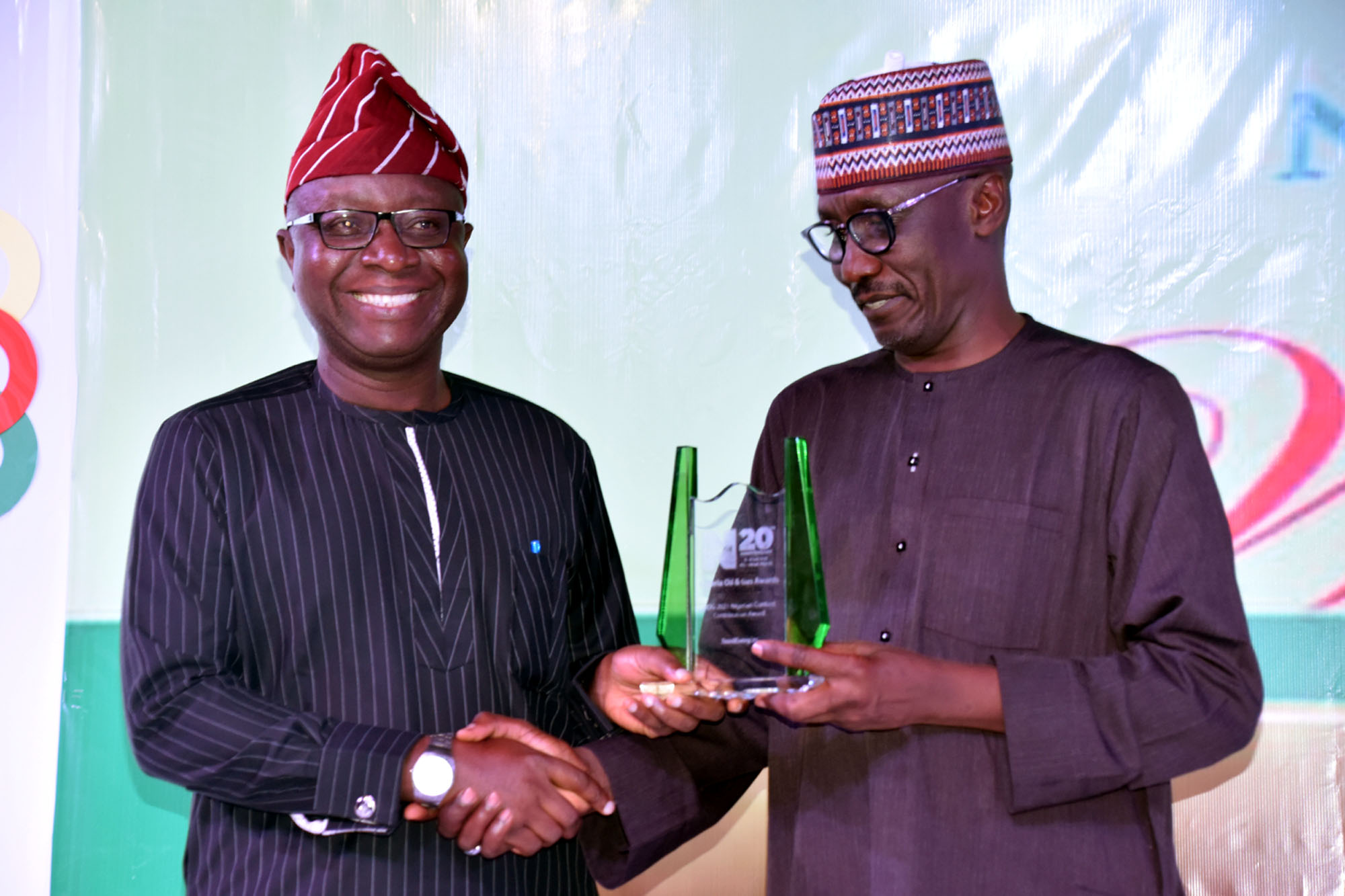 The Rivers State Commissioner for Education, Prof  Chinedu Mmom, has commended TotalEnergies over their infrastructural projects at Government Technical College (GTC), Port Harcourt.
Mmom, who made this statement at the ground breaking ceremony at the College, said it was joyful that multinationals were giving back to the communities in which they operate.
The Commissioner noted that Total Energies was complimenting the efforts of the State Government in providing better learning environments for students in the state, adding that the Ministry of Education will do all that is needed to provide the enabling environment for the timely completion of the project.
He said towards this end, a monitoring team will be set-up to liaise with TotalEnergies and the contractor to ensure that the project was completed according to specifications and in record time.
On his part, the Managing Director, TotalEnergies EP Nigeria LTD, Mr. Mike Sangster, stated that the school’s infrastructural project was in line with the IKIKE Offfshore Development project designed to upgrade the standard of the infrastructure in the school, create a good learning atmosphere, improve the standard of living for the students as as the vocationally students  with life skills.
According to him, “It represents our full alignment with the initiatives of the Nigerian Content Development and Monitoring Board (NCDMB) to develop technical expertise and professionalism in the Nigerian oil & gas sector.
Sangster, who was represented by Deputy Managing Director, Joint Venture (JV) Asset, TotalEnergies, Mr Guillaume Dulout, explained that the Infrastructure Development Project, which consists of a technical workshop, a 200-bed hostel, and a 25-block classroom, was in fulfillment of TotalEnergies commitment to the Nigerian NCDMB priority on Human Capital Development (HCD).
He stated further that “under the human capital development requirement for the Ikike project, 53 refreshers were trained, 11 of whom were employed by Ikike contractors.
“Thirty entry-level geoscience students are currently being trained at Laser Engineering, Port Harcourt. The Ikike project achieved 92% Nigerian content and over 5,500,000 Nigerian content man-hours during the project life.
“Ikike recorded a total of 2,128 MT of in-country fabrication and 2,352 pipes coated in-country. Of particular worth for mention, is that drilling operations on Ikike field were performed by a Nigerian company.
“TotalEnergies’ IKIKE project with investment decision in 2019 achieved First Oil few days ago. It is very remarkable to highlight that this milestone was achieved without any Lost Time Injury (LTI) or incident.
“Ikike recorded significant local content milestones. Overall, the construction of the jacket, modules, topsides, and risers in Nigerian yards, the offshore campaign with vessels domiciled in Nigeria, and drilling with Nigerian companies, boosted local employment with about 3000 direct and indirect jobs.
“In the course of the ptoject, several subcontracts were awarded to local yards/companies, while corporate social responsibility projects were undertaken for the benefit of the people of the Niger Delta,” he disclosed.