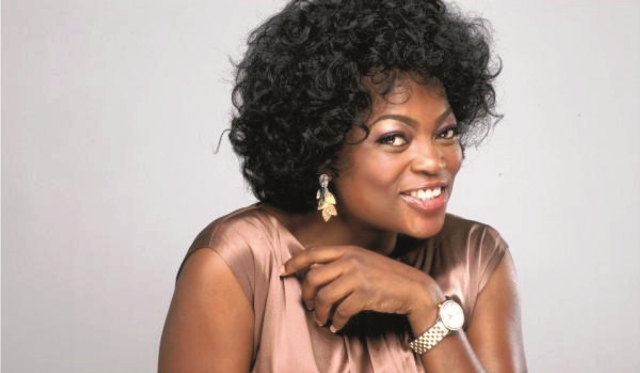 The governorship candidate of Peoples Democratic Party, PDP, in Lagos State, Dr. Olajide Adediran, popularly called Jandor, has dismissed speculations making the rounds that Nollywood actress, Funke Akindele, popularly known and called ‘Jenifa’, has been chosen as his deputy in the 2023 polls.
Jandor made the clarification following trending report on social media on Wednesday, claiming that he had finally settled for Akindele as his Deputy.
When contacted for clarification, Jandor simply dismissed the report, saying “I haven’t chosen nor announced Funke Akindele as my running mate.
“However, that stage will come in due course when an official public announcement will be made.”
Meanwhile, it was gathered that the process of selection of a credible candidate as running mate, who will add value to the ticket, was ongoing and the organ of the party, as well as all critical stakeholders, were involved in the process.
The Tide source had earlier reported that in line with Independent National Electoral Commission, INEC’s guidelines on elections, Lagos State chapter of PDP had commenced the process for the selection of a running mate for Jandor.
Akindele, from Ikorodu division, was said to be on top of the list, which comprises other four names as potential running mate for Jandor.
Two of the shortlisted candidates – Rhodes-Vivour and Kolawole – are from Lagos West, the same senatorial district with Jandor, hence, negatively affecting their chances.
Also, a picture of Jandor and Akindele had surfaced and gone viral.
However, it was gathered that the actress was only nominated as a potential running mate, while the decision on who will run with the governorship candidate is yet to be determined.
According to Head of Media and Communications, Jandor 2023 Campaign Team, Gbenga Ogunleye, “the report is not true. Not officially announced.
“This could be an insinuation from party members.”
Meanwhile, the social media reports had claimed that some major reasons were responsible for the choice of Akindele.
“She is from Ikorodu and Lagos East Senatorial District like the incumbent Deputy Governor.
“She is also from the royal family in the town,” sources said.