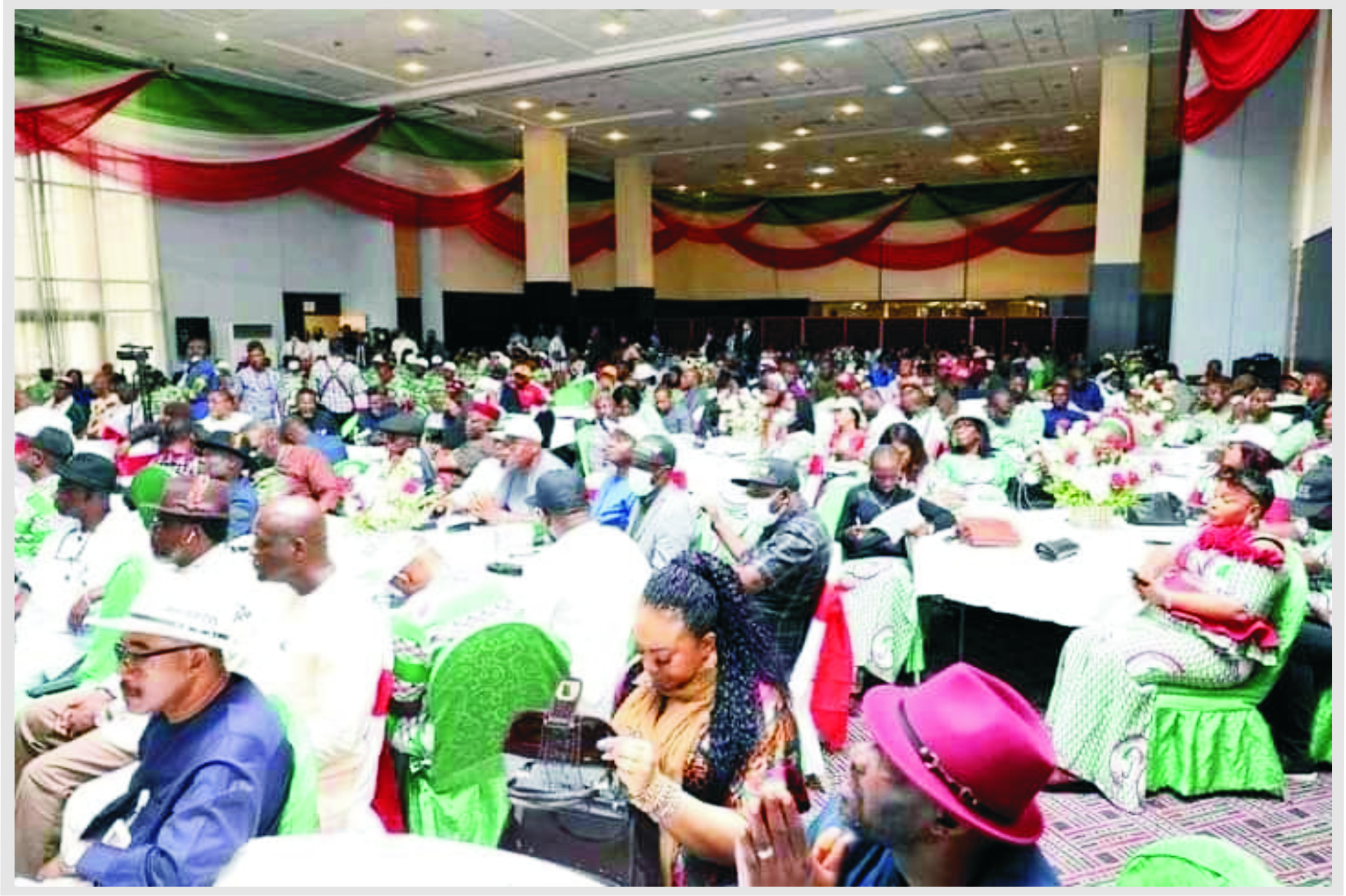 The Chairman of the Peoples Democratic Party (PDP) Board of Trustees, Senator Walid Jibrin, yesterday, in Kaduna, appealed to aggrieved party members over the choice of Delta State Governor, Dr Ifeanyi Okowa, as the party’s vice-presidential candidate ahead of the 2023 presidential election.
Jibrin advised that members should allow the party’s presidential candidate, Atiku, and its National Chairman, Dr Iyorcha Ayu, to return to the country.
In a statement in Kaduna, yesterday, he maintained that as soon as the party chairman and its presidential candidate returned, the process of reconciling all aggrieved members shall commence with Atiku Abubakar to head the committee.
He listed the members of the committee as; PDP presidential candidate, Alhaji Atiku Abubakar; PDP Vice Presidential Candidate and Delta State Governor, Senator Ifeanyi Okowa; PDP National Chairman, Senator Iyochia Ayu; and his NWC, PDP BOT Chairman, governors, former PDP ministers and some PDP elders from the six zones and states.
According to him, “this was in view of great concern and great sense of feeling on the various recent comments coming from some of our PDP members and some prominent Nigerians on the choice of Okowa, the governor of Delta State as the Vice Presidential Candidate by the Presidential Candidate, Alhaji Atiku Abubakar, of our party, PDP, the biggest party not only in Nigeria but the whole of Africa.”
He said all the comments and various submissions are very normal in any political set-up in Nigeria today with PDP being the strongest and most prominent party that has all potential to form government in 2023.
According to him, “We must come back to our senses by all our members and all most responsible and respectful Nigerians by giving total support to the party to enable it to form government by holding all political positions in Nigeria in 2023.”
He said it’s very necessary that when Atiku and Ayu return to Nigeria from abroad, a very important visit must be paid to Governor Nyesom Wike of Rivers State.
He said it’s very important to note that Wike was a very responsible and very obedient member of the PDP who assisted tremendously toward building the party into what it is today.
He said they must encourage Wike never to leave the party, adding that “in light of the above, I want to appeal to all PDP members and leaders to shun unorthodox comments aimed at reducing and running down the party. We must come together and unite ourselves as earlier established by our founding fathers.”
He urged party supporters to shun any bad comment aimed at dividing them and be ready to forget and forgive ourselves by encouraging Nigerians to continue supporting us and our party.
He further appealed to all current and former governors, and former presidents of Nigeria not to add more fuel to the fire but to always try to quench the fire from spreading.