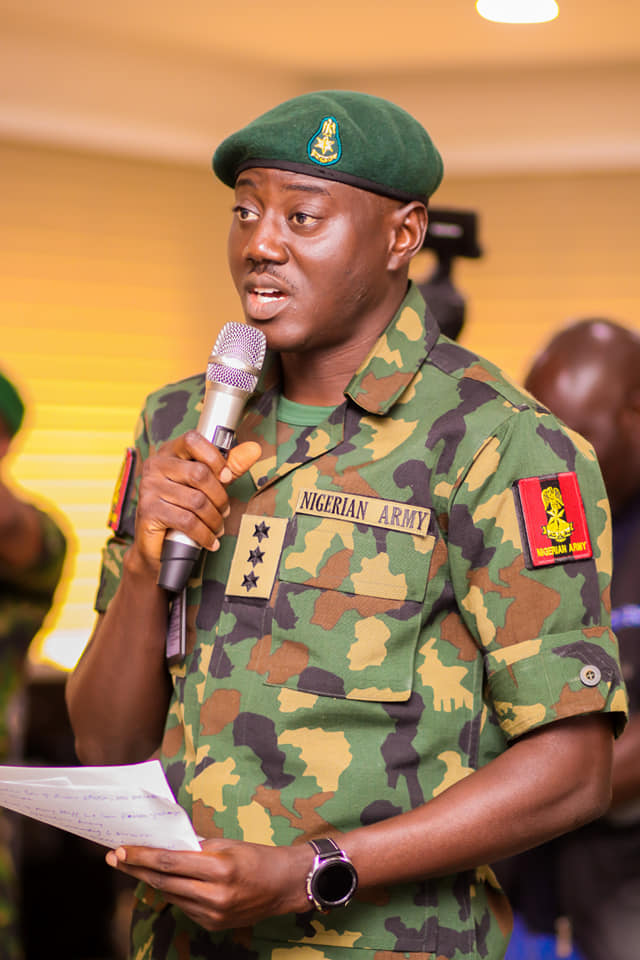 The Nigerian Army last Friday in Unogbo Community, Esan Central Local Government Area of Edo State, inaugurated and handed over the remodeled Unogbo Primary Health Care Centre to the community.
The Tide’s source reports that the remodeled facility is one of the quick impact projects approved for various communities across the country by the Chief of Army Staff (COAS), Lt.-Gen. Farouk Yahaya.
Yahaya, in his remarks shortly after inaugurating the facility, said the projects were executed in less privileged communities to provide succour in areas of needs.
He also said they were geared towards promoting civil/military cooperation and enhancing support for the Nigerian Army operations.
Represented by Maj.-Gen. Markus Kangye, Chief of Civil/Military Affairs, the COAS noted that the Nigerian Army under his leadership was fully aware of the high level of cooperation the Nigerian Army enjoyed from the civil populace in Edo, particularly.
He said the army had over the years, taken deliberate steps to honour and ensure it gave back to the society, the cooperation it had received by upholding its corporate social responsibilities.
“This is being done in line with my vision of having a professional Nigerian Army ready to accomplish assigned missions within a joint environment.
“In pursuance of this, I have ensured that senior officers from various communities in the country are connected to the larger populace, to enhance our civil/military relationship.
“This is one of the non kinetic aspect of our military operations,” he said.
The COAS further said in this respect, the need to ensure a good and cordial relationship with the civil populace and host communities where military operations were conducted, could not be over emphasised.
“This cordial relationship necessitated the conception of the construction and equipping of the health centre we are inaugurating today.
“This is very much in line with the civil military cooperation of the Nigerian Army which is tailored towards bridging the community gap with the Nigerian Army and the civil populace.”
Yahaya noted that the army had enjoyed and would continue to enjoy the cooperation of residents of the State in surmounting the challenges of insecurity.
“The Nigerian Army, with the support of other security agencies, will leave no stone unturned in ensuring general security of the country.” the COAS said.
“The project inaugurated today is one of several civil/military cooperation related projects and quick impact projects executed in various parts of the country,” the COAS further said.
In her remarks, the Edo State Commissioner for Health, Prof. Obehi Akoria, said the project was a dream come true for the community in particular and the State in general.
Akoria said Edo currently had 504 PHCs, adding that it was the responsibility of the Ministry of Health to improve these centres.
She said this was to ensure that they could serve the people and purpose for which they were built.
“That is why we are happy today to be part of the inauguration and handing over ceremony of this PHC.
“Ours is now to activate this centre and make it an example of the dream of the Edo Government.
“Ours now is to be sure that we have a pharmacy technician, who will be supervised by the pharmacist.
“We will also ensure there is a doctor as well as other staff to ensure that residents of Unogbo Community get quality medical care in the community.
Meanwhile, the Coordinator, Nigerian Army Special Projects, Maj.-Gen. Phillip Eromosele, a son of the community who inspired the execution of the project, said he was motivated to make positive change in his community.
According to him, “I didn’t want people in the community now to pass through what we passed through while growing up here, so I was motivated to make a positive change”.