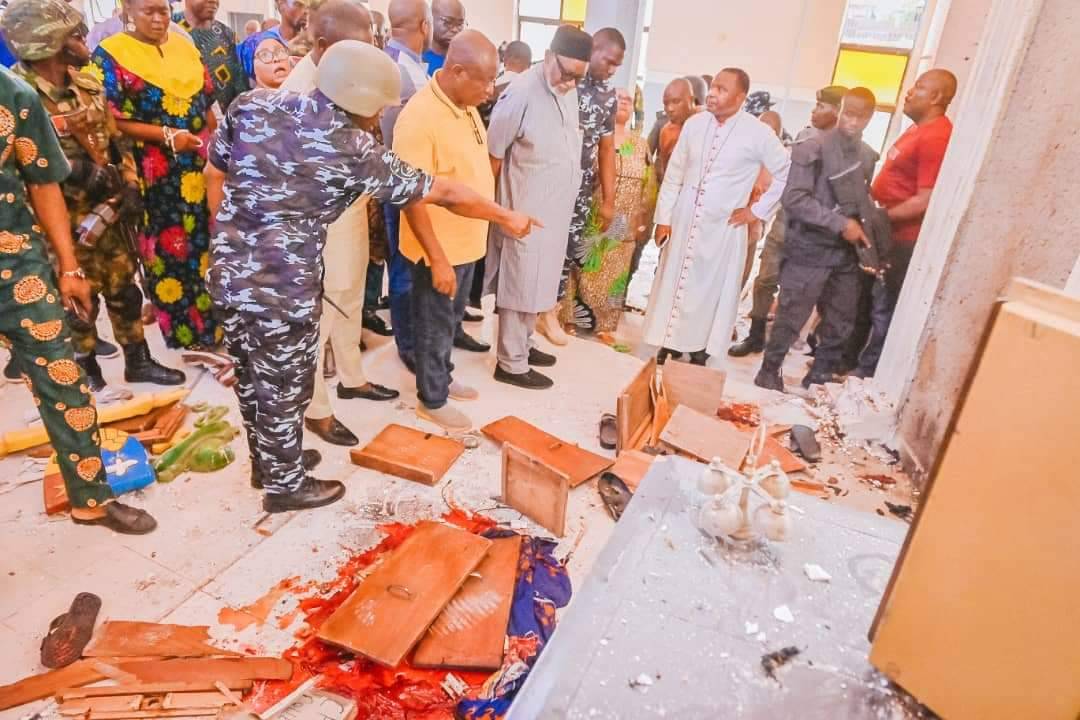 Nigeria’ll Have National Air Carrier Before End Of 2022, FG Assures 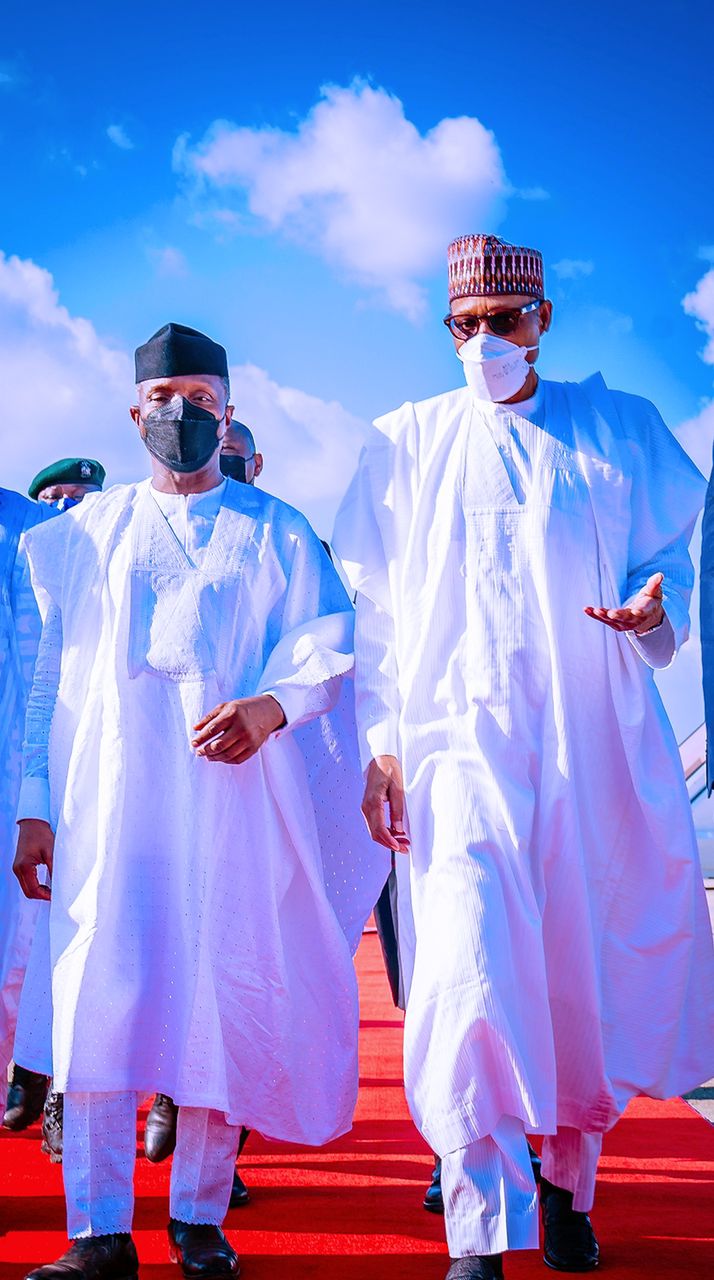 The Minister of Aviation, Senator Hadi Sirika, has said Nigeria would have a national carrier before the end of 2022.
Sirika said this at a two-day Africa Public Private Partnership Network (AP3N) Investment program held in Abuja, yesterday.
The programme was organised by the Infrastructure Concession Regulatory Commission with the theme, “Financing Africa’s Infrastructure through Public-Private Partnership (PPP).”
Nigeria Air is the nation’s proposed national carrier which was unveiled at the Farnborough Air Show in the United Kingdom in July, 2018.
The minister, represented by the Commissioner and Chief Executive Officer, Accident Investigation Bureau (AIB), Mr. Akin Olateru, said the Air Transport License had been issued.
“We have a team in place, the Air Transport License has been issued by the Nigerian Civil Aviation Authority, and we are in the process of processing the Air Operator Certificate (AOC) which will lead to the start of the airline.
“When you are setting up an airline, there are five phases for the AOC process.
“You need to bring in airplanes when you are in phase three. So, in phases one and two, you do not need to bring an airplane but you need to have identified them.
“But because people do not understand the process in aviation, they see it as another business. But aviation has its peculiarities and strict guidelines in everything we do.”
The panellist, who discussed the topic, “Transforming the Aviation Sector through Private Sector Participation”, underscored the need for funding from private investment in the sector to ensure efficiency.
The Managing Director, the Federal Airports Authority of Nigeria (FAAN), Capt. Rabiu Yadudu, said funding was a critical function in the aviation sector for it to function optimally.
According to him, funding is the lifeblood, you can have all the technical skills but without funding, the sector cannot function.
“Equipment and facilities need to be replaced and maintained as and when due.
“If stakeholders do not have confidence in the sector, then we cannot function, and our workers will not work if they do not feel safe using the equipment.
“If you get the stakeholders’ confidence, you would get the right participation. PPP is the way to go not only in aviation but in all sectors,” he said.
An aviator and Chief Executive Officer, 7Star Global Hanger, Mr. Isaac Balami, said there was the need to set up an Aviation Development Bank, given the key role the aviation industry played in the Nigerian economy and the African continent.
According to him, in terms of strategy, we must look inwards and believe in ourselves, and we must also consider local content.
The Managing Director, Catamaran Nigeria Ltd, Mr. Lai Are, said the foundation of any country was its infrastructure, adding that there was a need to bridge the infrastructure gap in Nigeria.
Are said without aviation, the country would not be able to attract the kind of finance needed in the transport sector.
“We are a country in need of investment, and most of this money cannot come from within but we need to look inward to see how we can present ourselves to the outside world.
“We need to see how we can look attractive to the outside world and attract investment for infrastructure development.”
He also said there must be the sanctity of agreements, saying that the government must honour agreements so that investors get returns on their investments at the agreed time.
“Yes, the private sector will come but they must ride on the back of the foundation the government has built,” he said.
The Director, of Capital Projects and Infrastructure, PricewaterhouseCoopers (PwC), Mr Suileman Ibrahim, said that the government must see private investors as partners by creating policies that make investment possible.
Ibrahim also said that dedicated funds should also be set up for the aviation industry such as having an aviation bank or a bank dedicated to the transport sector.
“Having the right policies which include tax incentives and waivers, providing guarantees, supporting the environment and repatriation of foreign exchange are critical to investment in this space.” 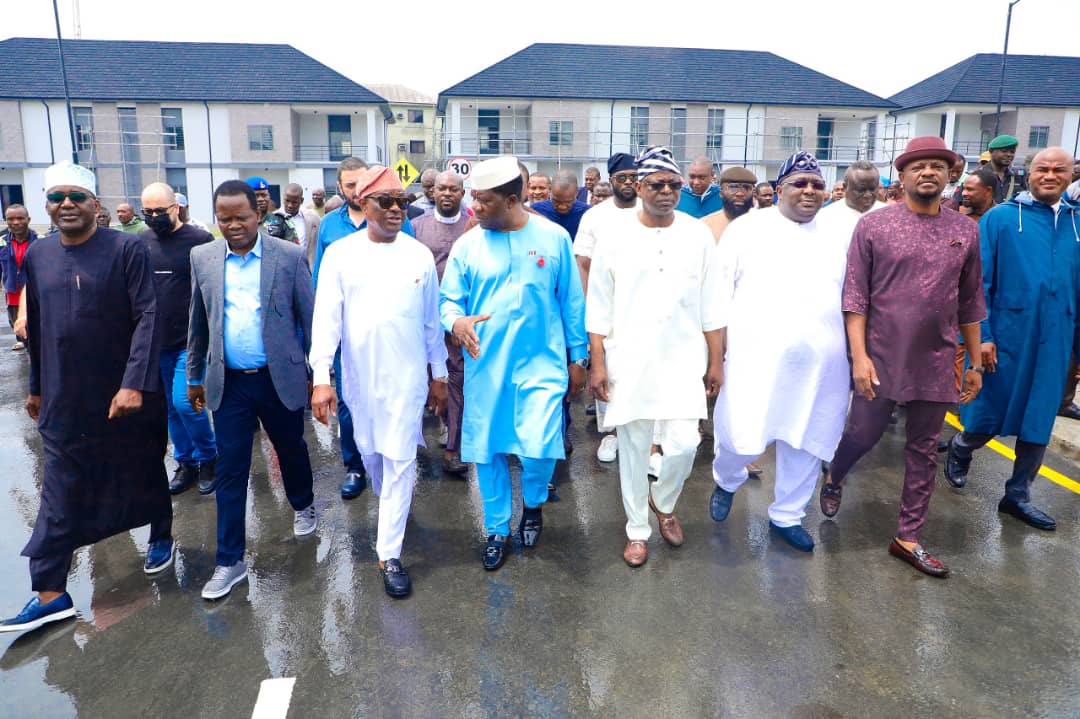 The Chairman, Senate Committee on Judiciary, Human Rights and Legal Matters, Senator Michael Opeyemi Bamidele, has advocated that the Dr. Nabo Graham-Douglas Campus of the Nigerian Law School in Rumueme near Port Harcourt should serve as the centre for the promotion of continuous legal education in the country.
Bamidele said the advocacy was part of the Senate committee’s advice to the Council of Legal Education and the Nigerian Law School because the Port Harcourt campus meets the global best standard required of such centre.
Members of the Senate committee were in Port Harcourt, capital of Rivers State, yesterday, on an oversight visit of the campus, and were conducted on an inspection tour by the state Governor, Chief Nyesom Wike.
They also inspected the brand-new exquisite Rivers State House of Assembly residential quarters nearing completion.
Bamidele said they were amazed at the quality of facilities that the Rivers State governor has provided for the training of law graduates and prepare them for the challenges of the profession.
According to him, this was one of the happiest oversight visits that they have paid in the life of their own leadership of the Senate committee.
“It’s a celebration of our democracy. It’s a celebration of leadership. It’s a celebration of an accomplishment. So, as part of our own advice, both to the Council of Legal Education and the Nigerian Law School is to even, based on the standard that has been set in the Port Harcourt Campus, ensure to reserve some of the rooms, dedicated to ensuring that our continuous legal education is taken very seriously using the Port Harcourt Campus as the base for this.”
Bamidele pointed out that Wike has set global best standard, and that it was not only law students that would use the facility, but practicing lawyers alike who could undertake their CLA programme on the campus.
He stated that the eventual realisation of the campus underscores the point that when leaders were able to work together across party line and beyond political, ethnic, religious divide, they can really take Nigeria to that next desirable level.
“Governor Wike, a PDP leader, a PDP governor from the Southern part of the country made an offer. It was tabled by the attorney general of the federation, an APC man to President Muhammadu Buhari of APC and without wasting time, it was approved. And today, we have seen the implication of that.”
Commenting on the 32 units of four-bedroom duplexes at the legislators’ quarters, Bamidele said Wike has also blazed a trail in the provision of unbeatable housing facility for lawmakers.
“We have been around the country by the grace of God. We have interacted with our colleague parliamentarians at the state level in different states’ Houses of Assembly. We know where they live. We know how they live and we know that they are no less committed.
“Coming here to see what we are seeing today, again, I want to say it’s a confirmation of the fact that you have as governor, a trailblazer and someone who will continue to excel in setting a global best practice standard.”
Senate Minority Leader, Senator Philip Aduda, commended Wike for his laudable projects, and stressed that this necessitated the clamour for him to move to the centre to replicate some of extraordinary achievements.
In his remarks, the Speaker of Rivers State House of Assembly, Rt. Hon. Ikuinyi-Owaji Ibani, said Wike’s decision to construct a new campus of the Nigerian Law School in Port Harcourt was a sheer demonstration of his patriotism and commitment to the nation.
Speaking on the legislative quarters, the speaker said the conducive residential environment created by the governor for the state lawmakers would enhance their productivity.
On his part, former President of the Nigerian Bar Association (NBA), Chief Onueze C. J. Okocha, SAN, said the completion of the Port Harcourt Campus of the Nigerian Law School was another promise fulfilled by Wike.
“We thank you distinguished Senator (Bamidele), and I’m glad that you have come and seen with your distinguished colleagues that Governor Wike was not making an empty promise when he said he will contribute to the development of law education in this country, a campus for the Nigerian Law School.
“As I said to you, he has done many more in the legal field, for the Bar Association, for the Judiciary, he even built and refurbished Federal Courts to the glory of all of us who are in the legal profession.” 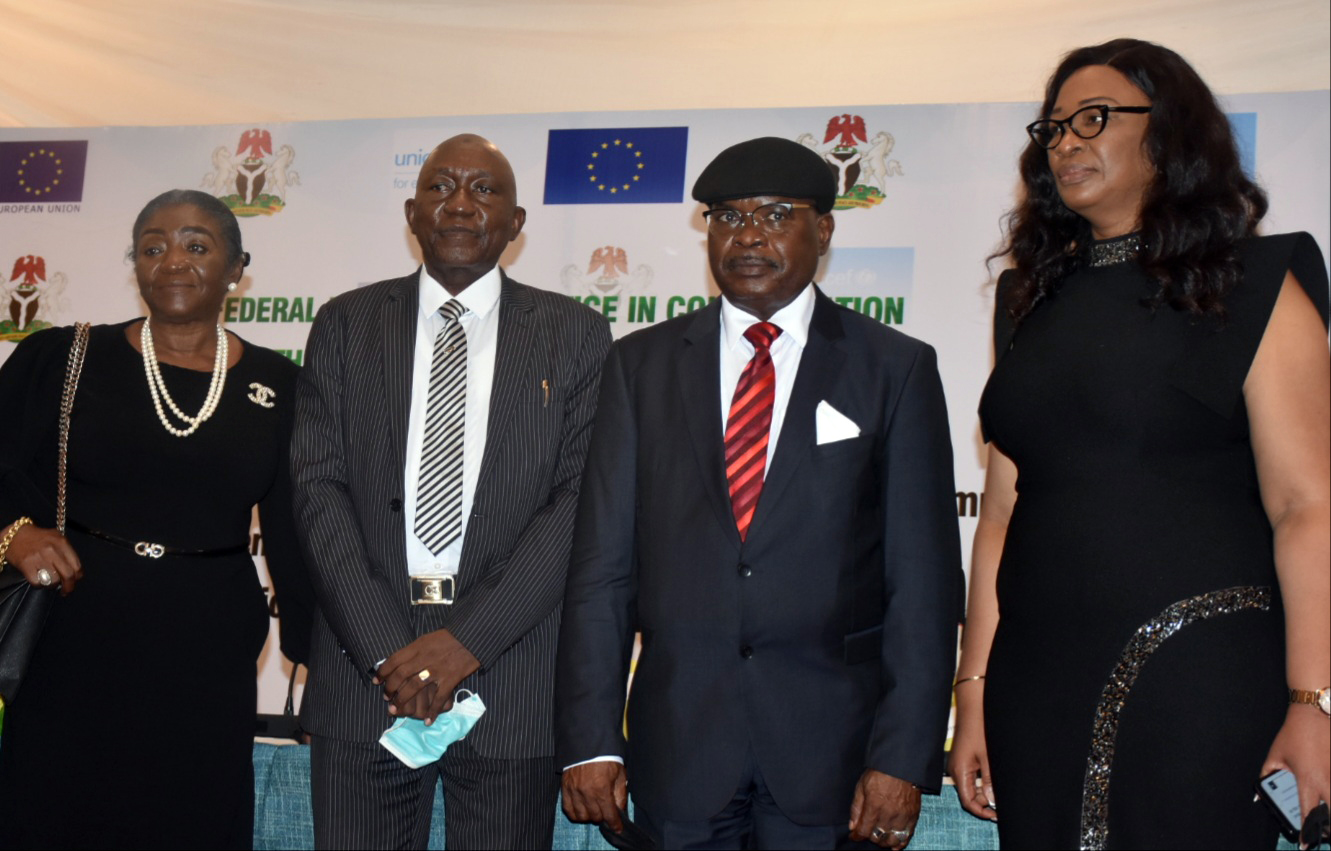 The United Nations Children’s Fund (UNICEF), and the World Health Organisation (WHO), have ranked Nigeria first in Africa and second in the world among countries with the worst malnutrition cases.
According to the UNICEF report published in 2021 entitled: “Fed to Fail: The Crisis of Children’s Diets in Early Life”, Nigeria was placed second in the global malnutrition burden with 17million undernourished children.
In the report, one in three children in the country is diminutive and one in 10 children is wasted, setting the country off-track to achieving the Sustainable Development Goal (SDG) 2 – “Zero Hunger” by 2030.
“From the 2018 National Demography Health Survey (NDHS), 37per cent of Nigerian children aged between 0 to 59 months are stunted, seven per cent are wasted (thin for their height); 22per cent are underweight (thin for their age), and two per cent are overweight (heavy for their height).
“According to the NDHS, South-West has less than seven per cent (6.8) of Global Acute malnutrition and moving up North, it is direr with North-West showcasing 57per cent in stunting.
“Only the South-East fared a little low with 18per cent of children stunted,” the report said.
However, it was gathered that the worsening security challenges, especially in the northern part of the country have led to the rising pangs of malnutrition among Nigerian children.
A woman, Fatimah has an infant boy, Suleiman that was diagnosed with failure to thrive a form of malnutrition in UNICEF centre in Sokoto.
Suleiman, as at the time of filing this report, weighed 2.7 kilos, a weight too low for his age.
Fatimah said: “Suleiman became sick after we were sacked from our ancestral home by bandits.
“We lost our lands, properties and other valuables to bandits and now my son is sick. Bandits attacked our village, Kamitau, about 12 months ago.”
She and other mothers together with their ailing infants at Sabon-Gari Dole Primary Health Centre in Goronyo Local Government Area of Sokoto State are victims of persistent activities of bandits as their children are struck with malnutrition.
Experts say these children’s condition may worsen with the recent report by the United Nations showing that 14.5million Nigerians require urgent assistance to address their nutrition needs.