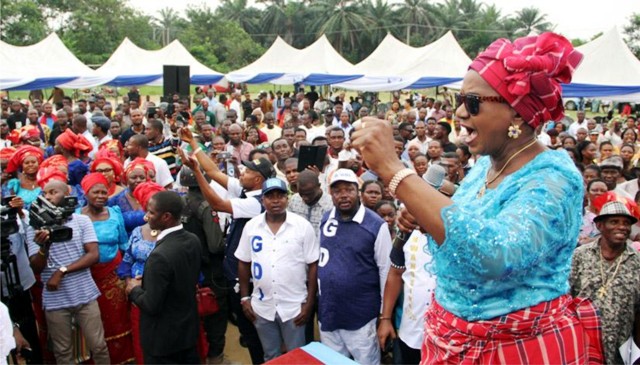 Disciple Peter Abbey, the Degema Local Government Area Coordinator of the Grassroots Development Initiative, GDI, a political pressure group founded by the Rivers State Governor, Chief Nyesom Wike, has declared his desire to see a Rivers State Governor of Kalabari extraction on the platform of the People’s Democratic Party (PDP).
Abbey, who was also, until recently, the chairman of the Degema LGA chapter of the PDP said that while he would love to see a Kalabari man emerge as the party’s candidate for the governorship contest in next year’s general elections, and also emerge as successor to Governor Wike, the ultimate decision of who flies the party’s flag was beyond his personal wishes and aspiration.
Speaking exclusively with The Tide in Port Harcourt, he said that the final and binding governorship candidate decision was that of the party and he as a loyal party man will abide wholeheartedly by the resolution of the party and work with the choice of the party, irrespective of where the person comes from.
He said that the process of choosing a suitable candidate for the party will be a collective one and as soon as the decision is taken, all members of the party will be expected to sink their differences and work together for the overall success of the party, adding that the interest of the party is bigger than any individual or sectional interest.
According to Disciple Abbey, who just got elected as the PDP’s standard bearer for the Degema State Constituency seat in the Rivers State House of Assembly, “the party’s decision is final”.
“On the issue of riverine governor, there is nothing like a riverine governor. Let me say it emphatically, I stand with a Rivers State Governor of Kalabari extraction. That is what I, Peter Abbey, would pray it should be.
“But this is a party issue and Degema is not the only local government that make up Rivers State, and Degema PDP people are not the only PDP people in Rivers State.
“The family (PDP) will sit down, when the family sits down, and they look at it and they say we all agree that it should be here, we will all fall in line as we have always done.
“So, if the system (that is all of us) says let us go like this or like that, we all will queue up. If the system says it should go to the Kalabari area, so be it; if the system says it should not go to the Kalabari area, so be it”, he said.
The Degema PDP House of Assembly hopeful said the party’s primaries do not produce winners and losers but choices that would represent the party with members standing a chance to benefit from the success of the party in the general polls.
“We go for primaries, they vote. You win me? No, you don’t win me because we’re the same party. So, you can not come and say ‘ I don win you’. The issue is that the party has only said you represent us and as a member of the party, I will still benefit.
“So, all we have to do is to come behind you to see how we will work together for the greater good of the party”, he said.