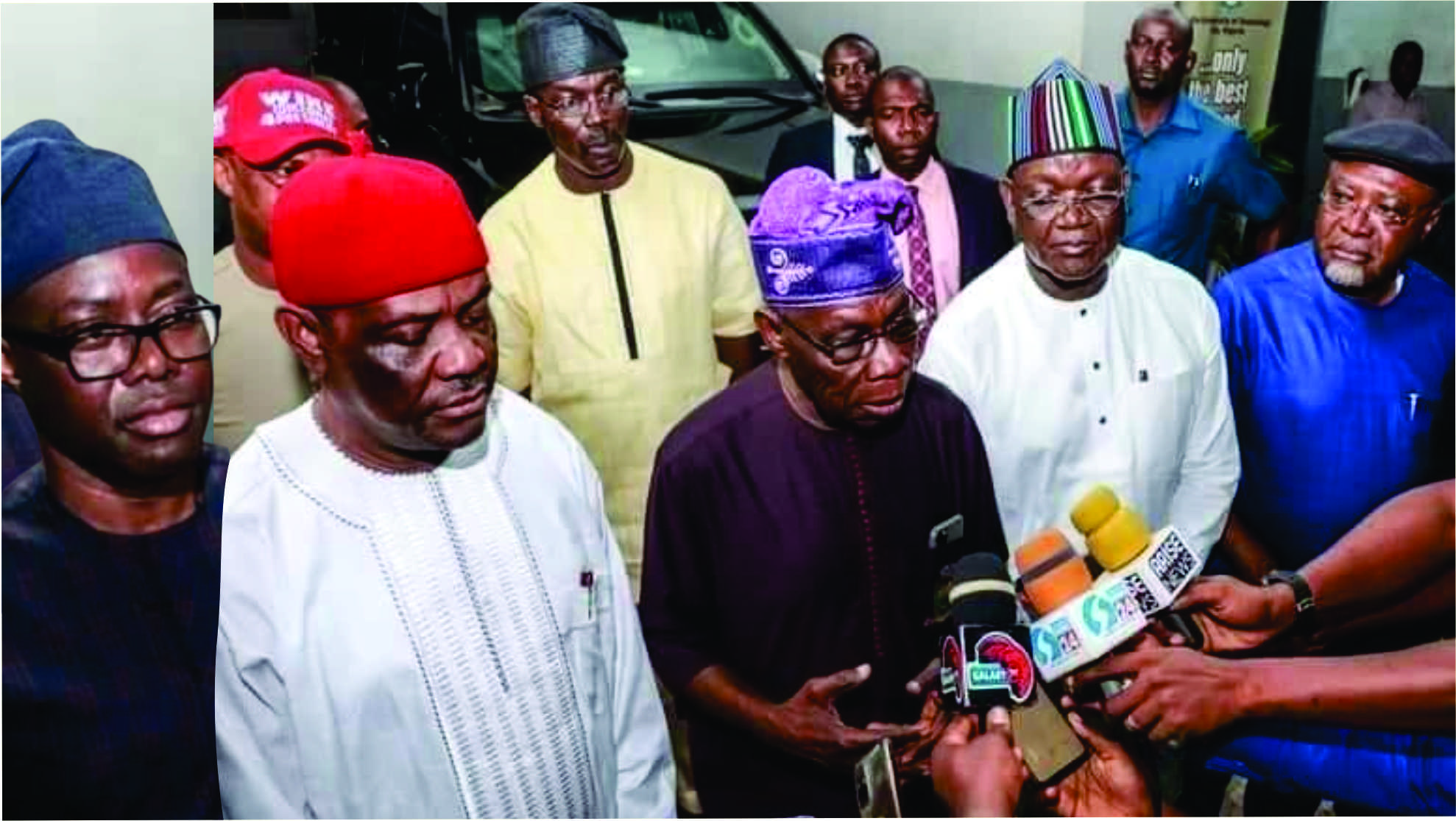 Three serving governors under the platform of the Peoples Democratic Party (PDP), Chief Nyesom Wike of Rivers State; Engr Seyi Makinde of Oyo State; Mr Samuel Ortom of Benue State; and former governor, Mr Donald Duke of Cross River State; last Monday, met with the former President, Chief Olusegun Obasanjo, in Abeokuta, the Ogun State capital, over the 2023 presidential election.
The governors arrived the residence of Obasanjo, within the Olusegun Obasanjo Presidential Library at about 6.40p.m., and immediately went into a closed-door meeting.
Obasanjo, while speaking with newsmen, said Wike informed him about his presidential ambition, and that he wished him well.
The former president said the country needs a “courageous leader”, insisting that Nigeria was a complex nation, but not difficult to manage.
The former president said: “Of course, Governor Nyesom Wike as a presidential aspirant, in company of Governor of Oyo, Seyi Maknide; Governor of Benue, Samuel Ortom; former Governor of Cross River, Donald Duke; and former Deputy Senate President and former minister came to express to me his desire, and of course, I made the point that I have always made that, ‘I have ceased to be a partisan politician’.
“I don’t belong to any political party, but if politics is the welfare of the people, I cannot cease to be a politician because I must always seek the welfare of the people.
“And of course, you all know what the situation of Nigeria is, and anybody who doesn’t know that is either not a Nigerian or is not being truthful to himself or herself; and as I often said, no one individual can say ‘yes I can do it’, because the situation Nigeria is today, we need all hands, all Nigerian hands on deck to restore Nigeria and that is what Governor Wike is saying to me.
“Courage, he doesn’t lack it, and if you have courage and you have conviction to speak your mind, well you will have a saying in this part of the world that a person who speaks the truth all the time may not even get a mat spread for him because you will incur the displeasure of people, but you need the truth to be spoken and to get ourselves move Nigeria on the path of unity.
“Of course, we cannot get unity if there is no justice, if there is no fairness, if there is no equity. And when you have the basic ingredients that will bring unity and inclusiveness, then all other things will take their position. You will remove conflict, you will be able to deal with this pernicious issue of insecurity, and of course, the issue of economy and the wholesomeness of the society.
“The issues he raised are the issues that are dear to my own heart for unity and stability of Nigeria.
“There is one thing that I believe in, and I have always said it over and over again, ‘Nigeria is a complex country, but Nigeria is not a difficult country, if we are sincere and fair to ourselves, it is not a difficult country to manage’, and I wish him well.”
In his response, the PDP presidential aspirant, Chief Nyesom Wike, said he possesses the capacity and courage to address the challenge of insecurity, if elected as the next president of the country.
Speaking on zoning of the presidential ticket, Wike said: “It’s not as if I am championing zoning, it’s provided in the Constitution of PDP.Section 7 (3c) provides clearly, in clear terms, unambiguous that there shall be zoning of political and elective offices. That’s what we are talking about in Nigeria.
“Personal ambition will make us to avoid or not to do the right thing with impunity. But again, since they have decided there is no zoning, we are not running away, we have the capacity.
“As it stands today, you know that I am the only candidate everybody is afraid of. You know because obviously, I have gone round. But what we are saying is that, ‘let’s do the right thing’.” 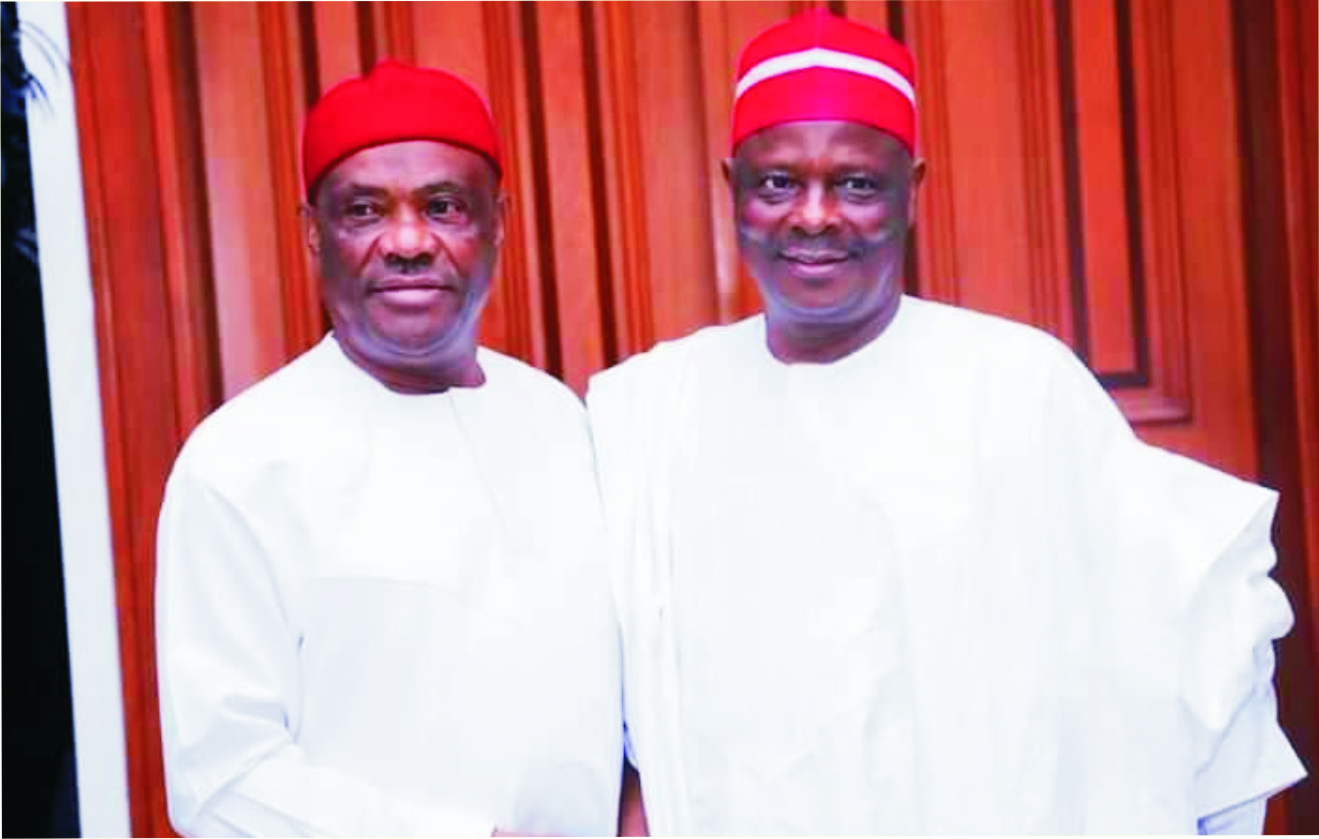 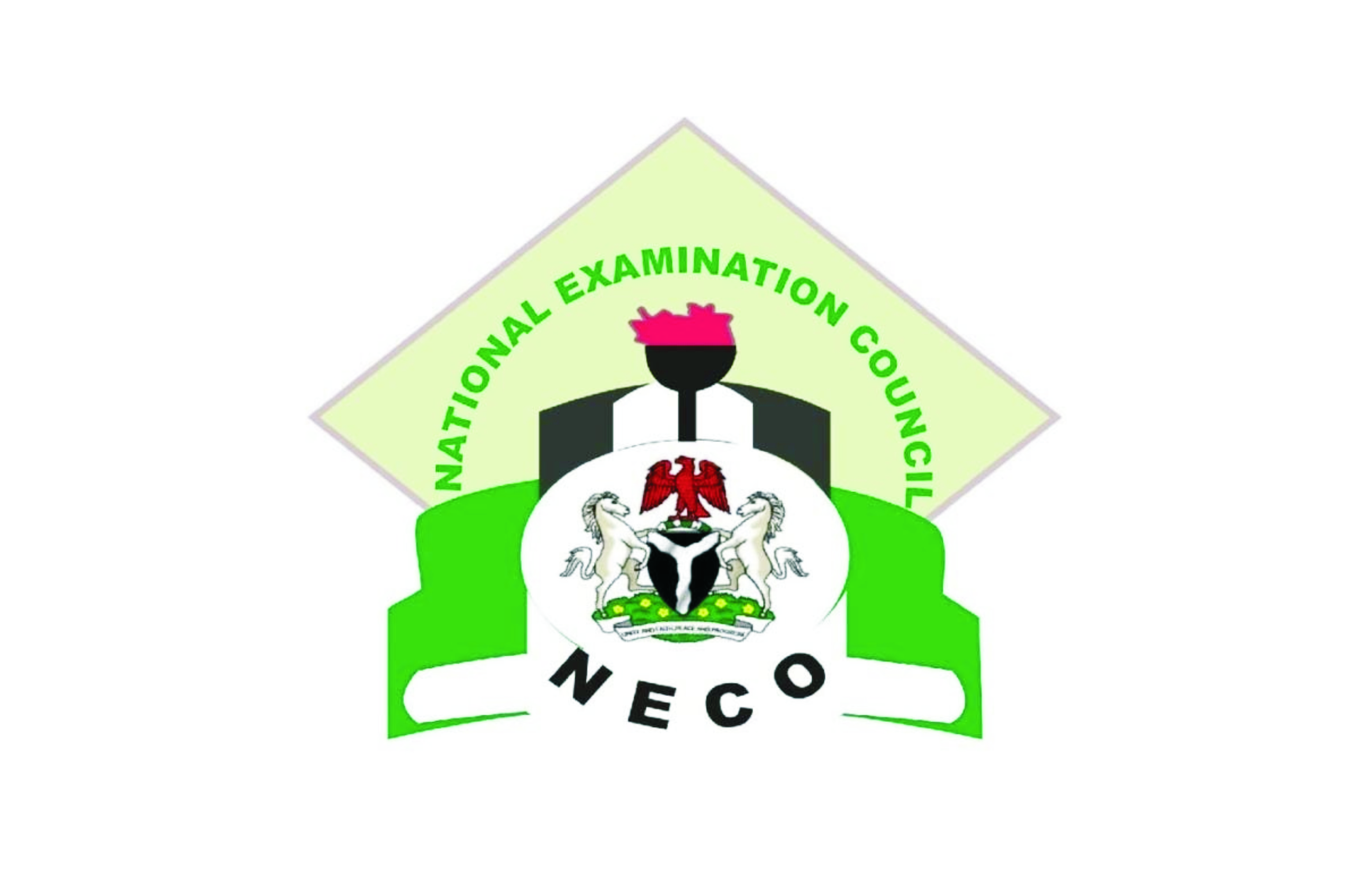