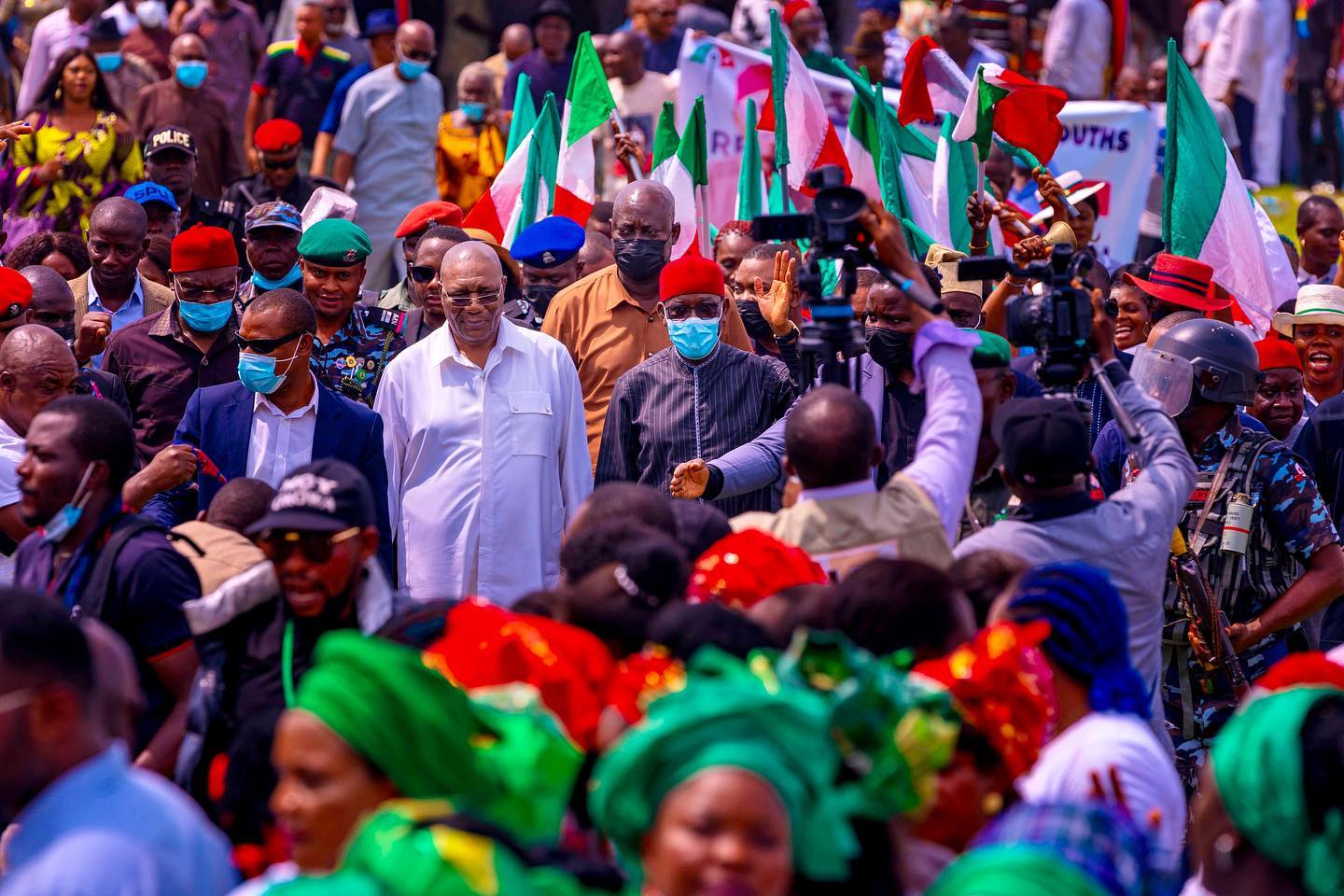 Governorship candidate of the Peoples Democratic Party (PDP) in last year’s election in Anambra State, Valentine Ozigbo; House of Representatives member, Chuma Nzeribe, and others are among those that have been disqualified by the party’s National Assembly Screening Panel.
The panel also disqualified Obinna Uzor, Tony Nwoye, Dr. Chira Obiora and Johnmary Akachukwu.
The three-man panel made up of Dr. Alfred Isename, chairman; Okpara Ahamefula, member and Barr. Imo Williams, secretary, said in their report, dated May 3, 2022, that the candidates were disqualified for allegedly lying on oath and other factors. However, the panel upheld the candidacy of Vincent Ofumelu, Iwunor Ndife, Offor Kingsley and Obinna Menakaya.
In its findings the panel said Ozigbo was disqualified because he submitted his expression of interest and nomination forms late and did not show or prove to the panel that he submitted his form on time.
“The aspirant was more concerned about his status as leader of the party, rather than show reasonable cause to the panel as to the timing of his submissions to the party,” the panel said.
On Dr. Uzor, the panel said he deliberately misinformed the party in his nomination form.
“At Column 12 of the aspirant’s nomination form, the question was asked if he had ever been tried by any Court of Law. He answered in the negative, suggesting that he had never been tried by any Court of Law.
“The panel is in receipt of a charge before the Federal High Court-Abuja, in Charge No. FHC/ABJ/CR/78/2020 between FRN v. Eziafa Samuel Enwedo & Obinna Uzoh.
“The above shows that the aspirant deliberately failed to disclose the facts of this charge, his arraignment and trial,” the panel stated.
The panel said Nzeribe deliberately misinformed and lied to the party. Noting that there was a subsisting Bench Warrant issued against the aspirant for his arrest by a court of competent jurisdiction on March 21, 2022; adding that the aspirant despite repeated assurance that he “is on his way to Abuja to appear before the panel, did not make himself available to speak on the allegations against him, rather he sent a legal representative to submit an appeal against his disqualification.”
On Nwoye, the panel alleged that he was disqualified because he was one of those that destroyed Anambra State in 2004 and had a documented history of tax related infractions.
“That the aspirant obtained and received a tax clearance certificate issued by the Anambra State Government which listed his source of income as medical practices, whereas, the aspirant is not a graduate, talk less of being a medical doctor; that the aspirant has a record of lying under oath. That the aspirant was a medical student who dropped out of UNEC medical school in year three and was rusticated by the school authorities for cult related activities,” the panel said.