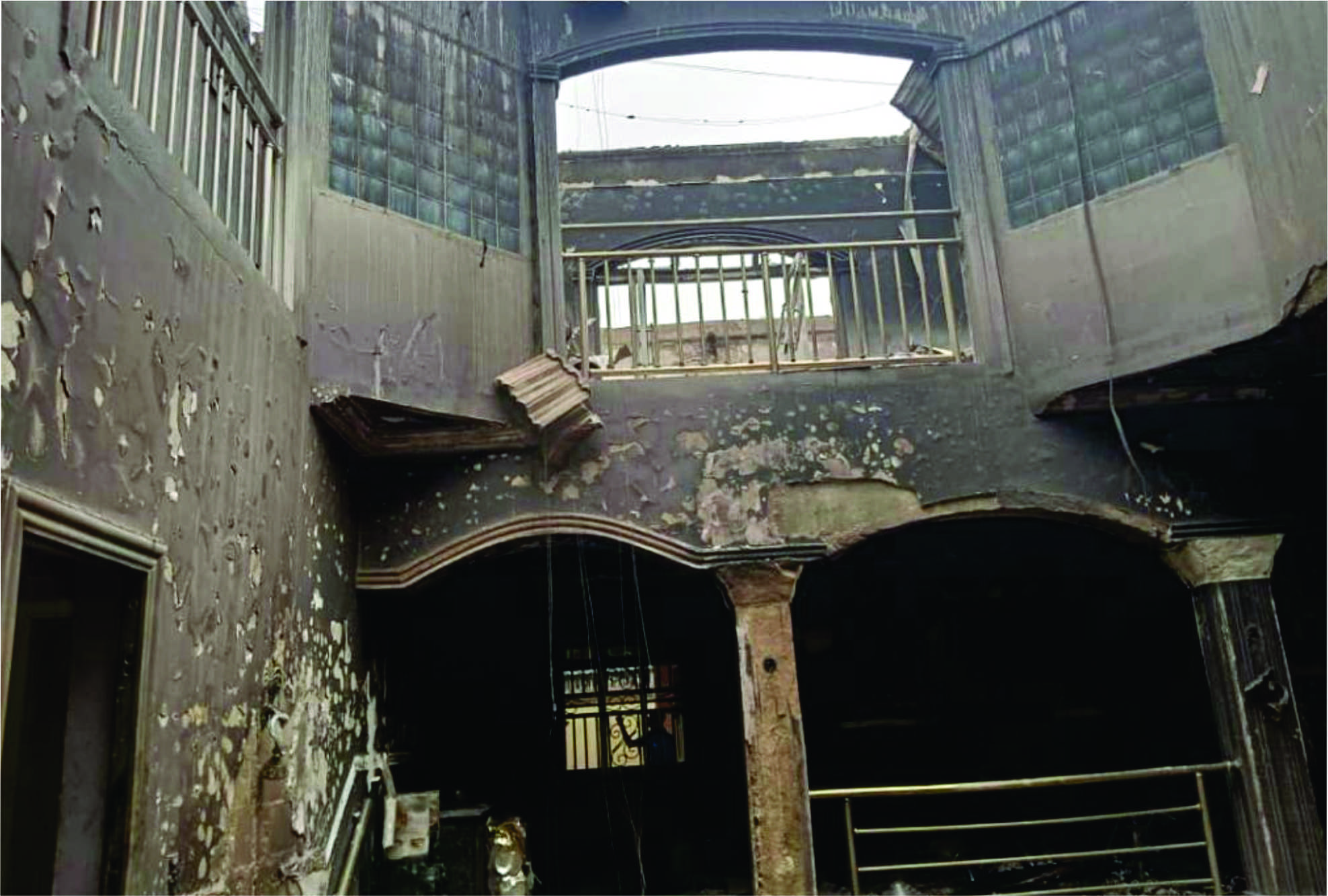 A devastating inferno has razed a storey building in the Rumuodara area of Obio/Akpor Local Government Area of Rivers State, destroying valuables and personal documents worth billions of Naira.
The fire, which swept through #4 (8) Bakery Close, off Onukem Avenue, by Shandee’s, in Rumuodara, was ignited around 8pm, on May 5, a day after the world marked the 2022 International Firefighters’ Day, set aside to recognise and honour the sacrifices, commitments and dedication firefighters make to ensure their communities are safe.
The fire, which lasted for more than five hours, took the intervention of firefighters from the Federal Fire Service and thousands of volunteers and neighbours to put out.
However, the fire destroyed every household valuable as well as personal documents and effects in the building, including primary, secondary and university certificates; birth certificates; property and bank documents; international passports; employments documents; among others.
Personnel of the Federal Fire Service, who responded to distress calls from various individuals, arrived the scene more than one hour after the fire had started.
The firefighters, who came to the scene with water, without any support chemicals, battled the fire, until suddenly, heavy rains began pouring down, and helped neutralise the inferno.
The Rivers State Police Command’s Okporo Police Station also deployed a team of combat operatives to give cover to the firefighters and other volunteers, who helped salvage the remaining property outside the building, especially the three vehicles left at the car park in front of the building. 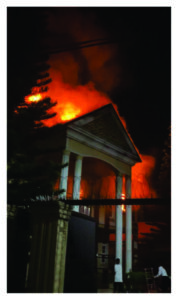 The owner of the building, Engr Callistus Anieheobi, a staff of Chevron Nigeria Limited, who spoke to The Tide, said he had gone to a lounge about seven minutes away from the house along with his wife to join a friend who was celebrating 16 years marriage anniversary.
Anieheobi said that less than 25minutes after they arrived the venue of the meeting on Okporo Road, his house-helps called to raise the alarm that fire was already ravaging his building.
He said that on arrival at his gate, he saw thousands of neighbours, sympathisers and volunteers with buckets of water and fire extinguishers battling to put out the fire while others were struggling to lift his cars out of the compound to avoid escalation of the fire.
Anieheobi, who was left with only a pair of trouser, shirt and shoes he was wearing, said that by the time he came back with his wife, everything in the house had been razed.
He said that his attempt to rush into the building to recover their sensitive documents and valuables was forcefully rebuffed by the raging inferno, heat and billowing smoke, which forced the roof to cave in to the main sitting room and razed everything on its way, including the dining area on the ground floor.
He noted that the fire may have been triggered by electrical fault in the CCTV Controller, explaining that before leaving the house, the air conditioner in the master’s bedroom had been switched on while his children had been asked to go downstairs to take their dinner before going to bed in the same room, where the fire started from.
He thanked everyone who rendered one form of help or the other during his trying moment, including the Federal Fire Service, police and residents around the area.
Also speaking, Dr Chidinma Anieheobi, thanked God for saving the life of her children and her mother, who were downstairs having their dinner when the fire ignited.
Chidinma, a staff of National Oil Spill Detection and Response Agency (NOSDRA), said that everything they had worked hard to acquire was completely razed by the fire, adding that the only thing left was what they were wearing.
The Tide gathered that the couple and their children, since the unfortunate incident, have been surviving with the help of friends, relatives and associates, who have provided clothing, and other gifts to support the family overcome their difficult moment.
The Tide confirmed that no casualties were recorded as a result of the fire, as all residents evacuated safely from the building before fire engulfed the entire building.
The Okporo police operatives, who interviewed the owner of the property and sympathisers, at the scene, also confirmed that no live was lost to the inferno.
When contacted, yesterday, Rivers State Police Command Spokesperson, Grace Iringe-Koko, said she was yet to be briefed on the incident.
However, Anieheobi has made written incident report before the Okporo Police Station.