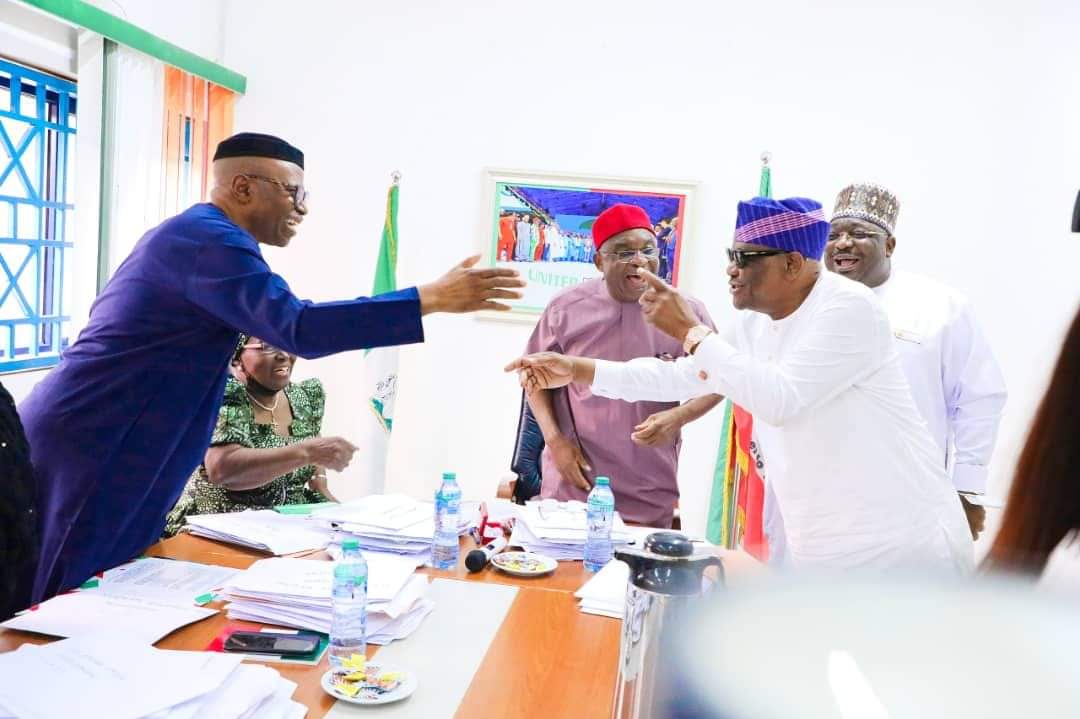 Rivers State Governor and prominent presidential aspirant on the platform of the Peoples Democratic Party (PDP), Chief Nyeson Wike, has congratulated the Muslim faithful for a successful completion of Ramadan fast.
The governor, in a statement signed by his media office, yesterday, also advocated for respect and understanding among adherents of different religions in Nigeria.
He noted that though our faith may differ, our practices, doctrines, and worships are geared towards serving a Supreme Being in our journey through life’s bramble forest and we should, therefore, shun all acts of religious bigotry and insensitivity to the faith of others.
According to the governor, in new Nigeria which he envisages to run, he would encourage the promotion of a culture of collective responsibility of all religions to sustain the practice of good neighbourliness that would further entrench robust engagement amongst all Nigerians.
Wike said, “As we celebrate this end of the Holy Month, we must begin to rethink our future as one united Nigeria bound by one destiny. We have come a long way, and the opportunity of celebrations should afford us unique introspection into our journey thus far. We must not only promote religious tolerance, we have to generate new approaches and ideals that would help build and sustain our collective bonds as citizens with similar identities and mission”.
“Our diversities should be our strength, whether as Christians or Muslims. We must begin a new conversation that will eliminate unhealthy rivalries between religions and cultures, while devoting attention to those ideals that unite us as a people with flourishing opportunities. We cannot allow ourselves to be detained by parochial sentiments based on our belief system, when we are supposed to be forward looking in our shared commitment to building an egalitarian society.
“As we all celebrate the end of the Holy Month in a grand style, we should devote our attention on how we can collectively proffer solutions to our developmental challenges in order to build a nation for all.
“Nigeria is too dear and precious to some of us that we cannot afford to let it fail. It is our collective responsibility to put our heads together and think outside the box for the right solution and approach to our national problems. It is a difficult task, yet not insurmountable.
“Whenever we fast and pray as Christians and Muslims, we ask for specific favours from God as our prayer points. We all desire good and prosperous life, hence we must continue to deepen positive national conversations, dialogue and narratives that would cement our bonds and unity of purpose. Happy Sallah celebrations to all Nigerians.”

The Tide To Support NGOs, Others Driving Creative Innovations