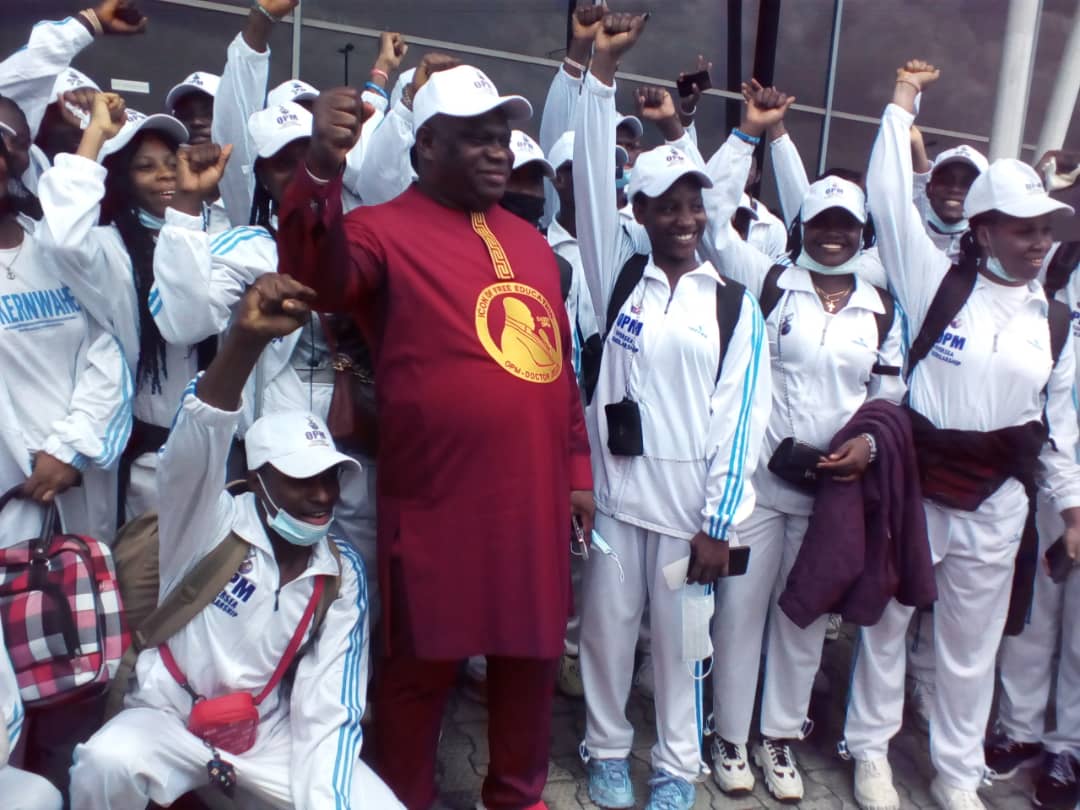 Pioneer veterinary Doctor of Engenni origin in the Ahoada West Council area of Rivers State, Dr Maxwell Phillips, has paid last tributes to his late Septuagenarian mother, Mrs Efreta Mac-lean Micah Abiebie (nee Ogulu) as she was laid to rest at the weekend in Udoda Community of the council area.
The Tide reports that in a tribute titled ‘Quintessential Mother’, the renowned veterinarian described his late mother as a heroine, a virtuous mother,saying she was a legend who tremendously impacted lives while alive.
The tribute also read in parts: “Mama doesn’t cosset ungodliness. She warned us that keeping relationship with unbelievers was like trying to square a circle. Words can’t suffice,but sincerely I’m most grateful that even in death I’ll still appreciate your motherly guidance and the expert tutelage I received from you, especially those vulnerable,but formative days of life in the village”.
Speaking to newsmen shortly after the day of tributes, amidst sympathisers in his maternal home town of Igovia Communitiy, Ahoada-West local government area, Dr Phillips rated the late matriarch of the Ogulu dynasty high,just as he said she was supportive of his career pursuit as a Veterinary Doctor,even at the time when he noted due to lack of adequate information and education animal healthcare providers where not regarded in this part of the world.
“My Mum was quite supportive of my academic studies as a veterinary doctor. Initially, when I informed her I want to study veterinary medicine, she was kind of afraid I’ld make a good living with it,and that people won’t regard me as a Doctor. But she was very much ready with her encouragement and daily prayers and support.
“Finally after my graduation,when she realised how important the course was in our every day life, she became more and more happy and fulfilled. Mama taught us to fear God,mama respected me so much as her son, mama respected all of her children and relatives, irrespective of age and sex”, Dr Phillips added.
Also speaking, head of the Ogulu family, Deacon Sam Ogulu, described the late matriarch as a woman of substance, who would be greatly missed by all members of the family and the entire community.
He noted that the late Mrs Efreta was a unifying figure in the family,saying her demise has created a vacuum which may not be easily filled in the family,just as the deacon also noted that the God fearing,prayerful and supportive life style of the late mother of three who passed on at the age of 85 years had endeared her to all members of the family while she was alife.
“We’lld miss our mother and sister,Mrs Efreta so much. As the Matriarch of the Ogulu dynasty,our late mother during her life time was a unifying figure and a rallying point for advise and guidance by all members of the family.But above all we thank God that she bequitted to us all the virtues of obedience,respect, hard work, the fear of God and support to one another. Mama,may your soul rest in God’s bosom”, he said.