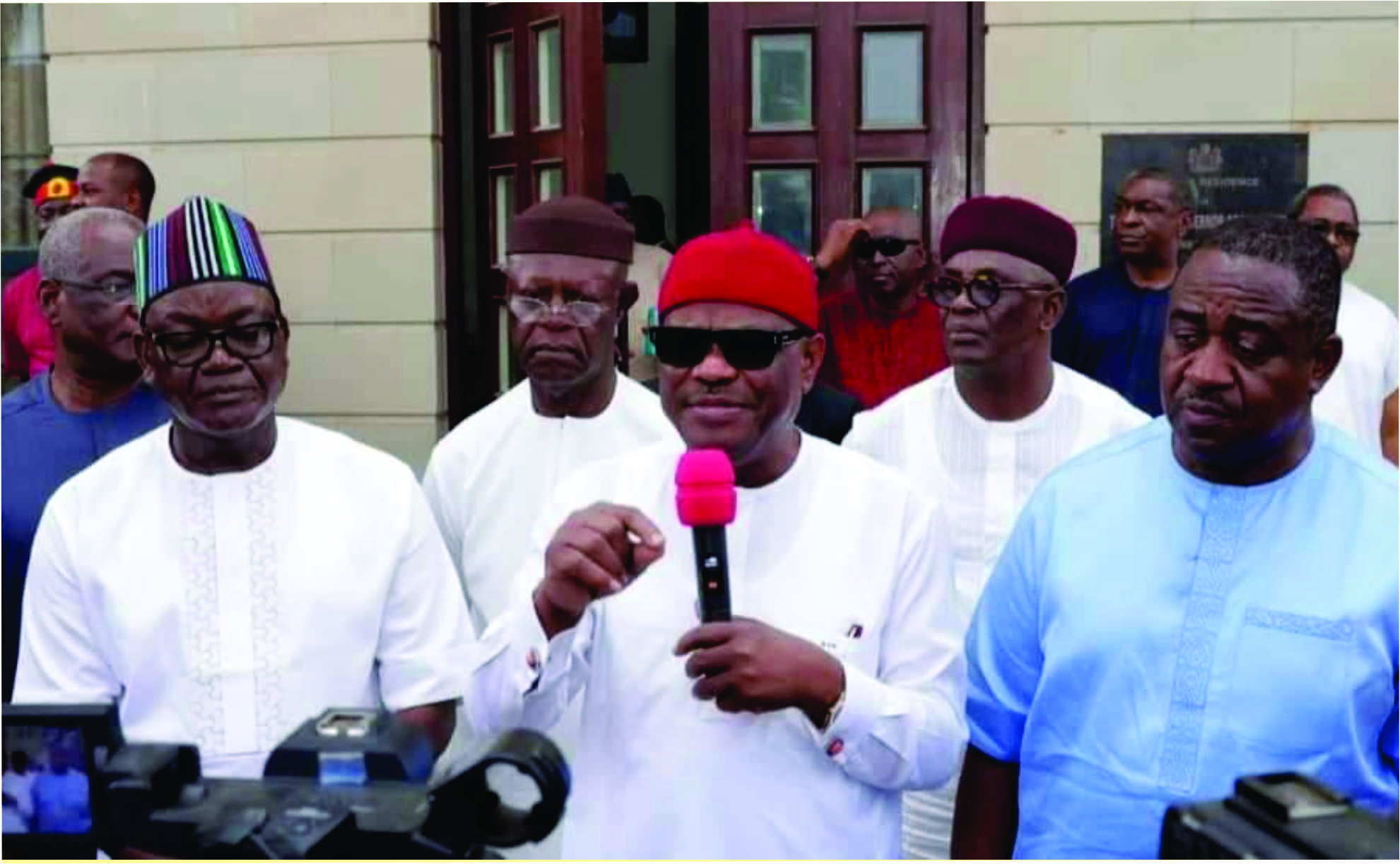 Rivers State Governor, Chief Nyesom Wike has declared that he would be vying for the office of the President of Nigeria under the platform of the Peoples Democratic Party (PDP).
Wike, who made his intention known in Government House, Makurdi, the Benue State capital, after a meeting with PDP stakeholders, yesterday, stressed that his priority would be to tackle the festering insecurity in the country and engender rule of law.
“Let me thank the people of Benue for receiving me to come and talk to them. It is obvious that I am going to run for the presidency of this country. And I am declaring for the first time in Benue State because of my special relationship with them.
“People are merely not suspecting, but let it be known today that I am announcing it in Benue State because I have a special relationship with this state.”
Responding to questions from journalists on what he was going to be doing differently if elected president, Wike explained that he would pragmatically tackle the issue of insecurity.
He stated that service chiefs and heads of other security agencies would be provided the requisite equipment and incentives to discharge their constitutional obligations.
According to him, they would also be given timeline to tackle the lingering insecurity as his administration would not be disposed to excuses.
“Today, you can’t talk about security in this country, and you must understand that without security, you can’t talk about governance. One first thing that anybody who takes oath of office commitsto is to protect lives and property. If you can’t protect lives and property, then, you can’t talk about governance. So, the major thing is that our people should be alive.”
The governor, who condemned the terrorists attack at the Kaduna International Airport over the weekend, said Nigerians urgently need a leader who can address the growing insecurity in the country.
Wike assured that if elected, his administration would engender the rule of law in order to attract more direct foreign investment into the country.
According to him, disregard for the rule of law by the present Federal Government has been one of the banes of direct foreign investment in the country.
“Nobody can bring investment in this country because there is no respect for the rule of law. Nobody obeys court order. Who will come and invest his money when court gives its judgement, and it will not be obeyed? So, I am going to run for election, and victory will be ours.”
Wike also accused some presidential aspirants who have indicated interest for the party’s ticket as being responsible for PDP’s failure in 2015.
“Those who want to be president now were the problems of the party in 2015. They ran away when the party needed them most. But I have stood and worked for this party. I have nowhere to run to because I take it personal that the party should not die. And I challenge anyone in a debate on what they have done for PDP.”
Wike stated that when some of those seeking to get the party’s ticket left to gang up with the founders of APC, he and others remained in the party and sustained it.
The governor, while soliciting the support of delegates ahead of the PDP’s presidential primary, said he has all that was required to defeat the All Progressives Congress (APC).
He specifically solicited for Benue PDP delegates’ votes in the coming national delegates’ convention of the party, even as he stressed on the need for zoning.
“To remove APC from power, I’m the person who can tell them enough is enough. We must take this power, and I’m ready to take it for PDP. God is with us.That’s why APC keeps failing every day”.
He warned stakeholders not to sell their votes, but give it to him, adding that some of the PDP presidential aspirants were only after the power in order for personal gains.
He said, “By the time you ran away, you sold your share as a founding father, so you can no longer retain your position of founding fathers.
“I stood for this party. I work for this party since 1998. I have nowhere to run to, and that’s why anything that happens to this party, I take it personal. I have never relented.
“In 2015, those who ran away made us lose the election. Today, they are crying but some of us stood and said PDP will not die.
“Some people want to use Nigeria to buy back their personal business. They talk about private sector – let them mention the private business that had survived. Is it banks that your father had? Everybody is an employer of labour even in my house I have 50 people who feed from me. They should stop deceiving us.
“I have performed as a governor and can carry my shoulders high anywhere. I have the capacity to face this evil government, give me the mandate. I will speak the truth to power and nothing but the truth. I have the capacity to move this country forward.”
Earlier, Benue State Governor, Samuel Ortom, who hosted Wike to a grand reception, prayed that God would grant him his desire to rule the country.
Ortom recalled that his Rivers counterpart had never turned his back on Benue, especially in caring for the teeming displaced people occasioned by herders’ invasions in some parts of the state.
“On southern presidency I stand,” Ortom said, and advised the PDP to do the needful.