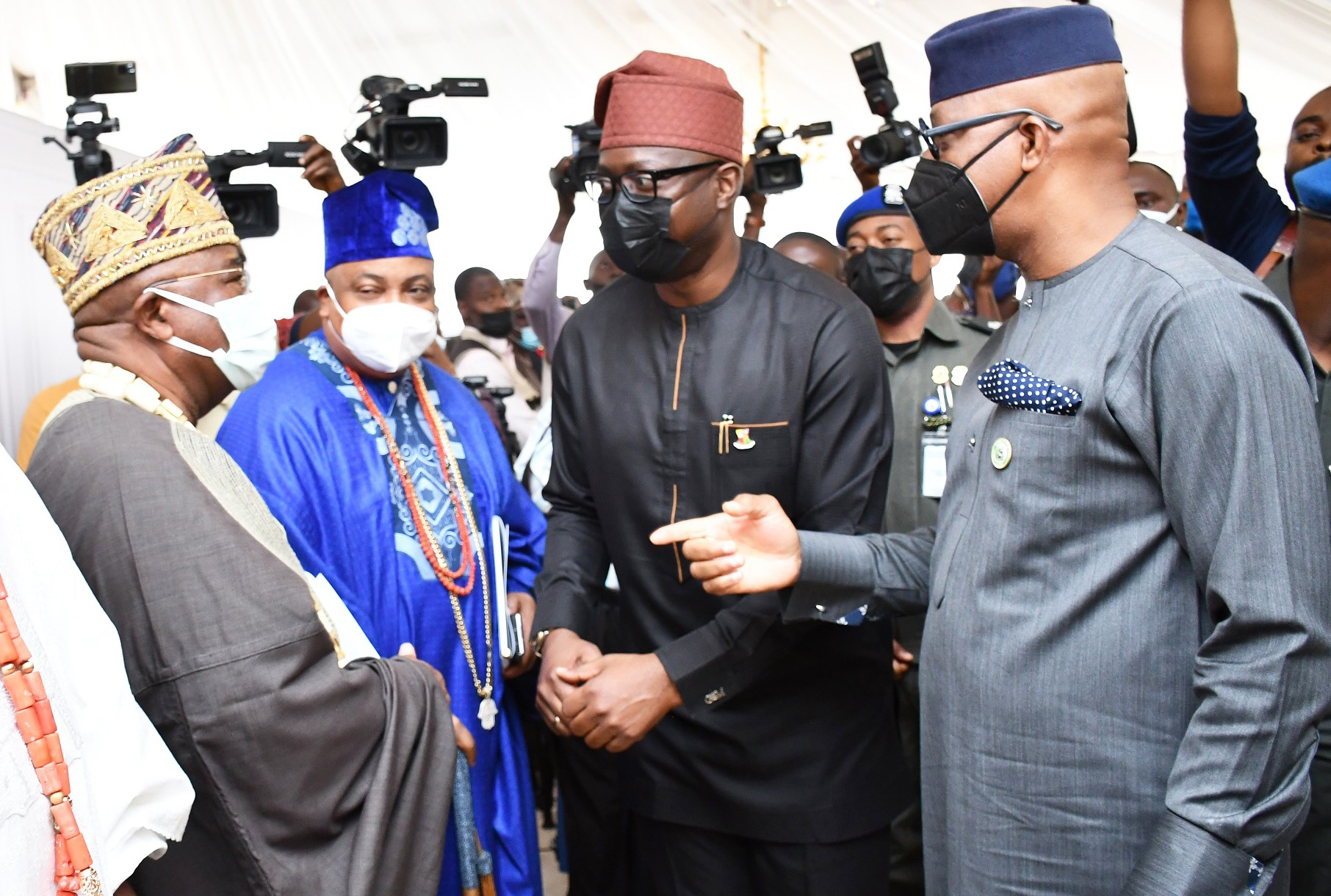 Governor. Seyi Makinde of Oyo State says his administration will continue to fulfill its mandate to the people of the state.
Makinde said this yesterday, while inaugurating the newly rehabilitated 5.25 kilometers township road in Oyo town.
According to the governor, part of the mandate of his administration is to stem rural-urban migration by ensuring good road network and interconnectivity outside Ibadan zone.
He said that his government, in less than three years, had constructed over 550 kilometers of roads; both completed and ongoing.
“We have successfully laid the proper foundation for engineering a modern Oyo State.
“We believe that anywhere that roads go, development follows,” he said.
Makinde further revealed that his administration had been able to raise its Internally Generated Revenue (IGR) by  N15 billion in two years.
He said this was made possible due to improving road networks through rehabilitations, reconstructions and construction.
Makinde promised that his government would continue to prioritise road infrastructure development across the zones in the state.
He disclosed that the inaugurated project was funded through alternative project funding on build and design finance basis.
The Governor of Bauchi State, Sen. Bala Mohammed, who witnessed the inauguration, lauded Makinde for executing people-oriented programmes.
Mohammed urged his Oyo State counterpart to keep on building on the good projects, so that the people of Oyo State would continue to feel the impact of good governance.
Mr Kehinde Ahmadu, the Chief Executive Officer of the Construction Company, Ahmak Engineering Ltd., that handled
the project, said the 5.25 kilometers
Gedu – Oroki – Sabo – Asipa township road project was awarded on Oct.7, 2020, at N2.9 billion.
Ahmadu said the road had an existing average width of eight metres which was expanded to 12.3 metres average width, saying, ‘the quality of job done on the road will make it last long’.