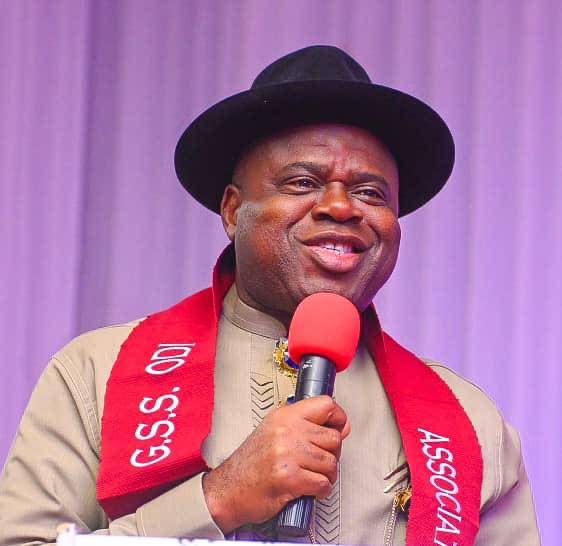 Bayelsa State Governor, Senator Douye Diri, has inaugurated a newly built internal road and a secondary school in Obogoro community in Yenagoa council area of the state.
Speaking during the inauguration of the projects, the Governor recalled how pathetic the road and school were during his previous visit to the area, a condition he said necessitated the decision of the government to embark on the projects.
A statement by his Chief Press Secretary, Mr. Daniel Alabrah, quoted the governor as saying his administration will continue to deliver on its promises to bring development to the people of the state, just as he commended the paramount ruler and people of the community for their support to government and ensuring that the projects were hitch-free, saying that such support will be rewarded with more projects.
The state’s helmsman also stated that the erosion control project in the community has commenced, assuring that the government will ensure it is completed to specifications.
Diri expressed the optimism that by the time the project is completed, the issue of erosion would be a thing of the past in the community.
Inaugurating the new classroom block at the Community Secondary School, Obogoro, theBayelsa state chief executive described education as the best legacy any government can bequeath to the younger generation.
He assured that his administration was committed to development of the education sector, just as he directed the Commissioner for Education to ensure that another classroom block, a science and laboratory block as well as perimeter fencing were constructed and also engage security guards to stem insecurity in the area.
“I thank God that we are here to rejoice over the inauguration of this road and school. I commend the community for its support to government. When you support government as a community, you will get more development. We call on every other community to be friendly. So far, all communities where roads have been constructed have been supportive. We will build more roads that we can use at all seasons.
“We are also going to deliver on the erosion control project. We have already mobilised the contractor to start the project and we are very sure that the erosion menacd that has been eating our land will soon become a thing of the past.We also thank God for bringing us here to inaugurate another project. We all know the importance of education. For us, it is education and more education. Education is the only legacy we can leave for our children”, Governor Diri said.
Earlier, the Commissioner for Works and Infrastructure,MosesTeibowei, said the 350-metre single carriage road was a foot path that was difficult to access by the students and the people of the community.
The Commissioner said the government has so far completed 22 internal roads within the Yenagoa metropolis and assured that more would be done within and outside the state capital to make life easy for people of the state.
In his remarks, the Commissioner for Education, Gentle Emelah, said Governor Diri’s Prosperity Administration placed a high premium on education due to its crucial role in the development of any society.
Presenting a goodwill message on behalf of the Obogoro community, the Paramount Ruler, Chief Monday Igodo, expressed appreciation to government for the projects and pledged the continuous support of the people.
Present at the event were the Deputy Governor, Senator Lawrence Ewhrudjakpo, Speaker of the State House of Assembly, Abraham Ingobere, member representing Yenagoa Constituency I in the House of Assembly, OforjiOboku, the Commissioner for Health, Dr. PabaraIgwele, his Information, Orientation and Strategy counterpart, Mr. AyibainaDuba as well as other government functionaries.