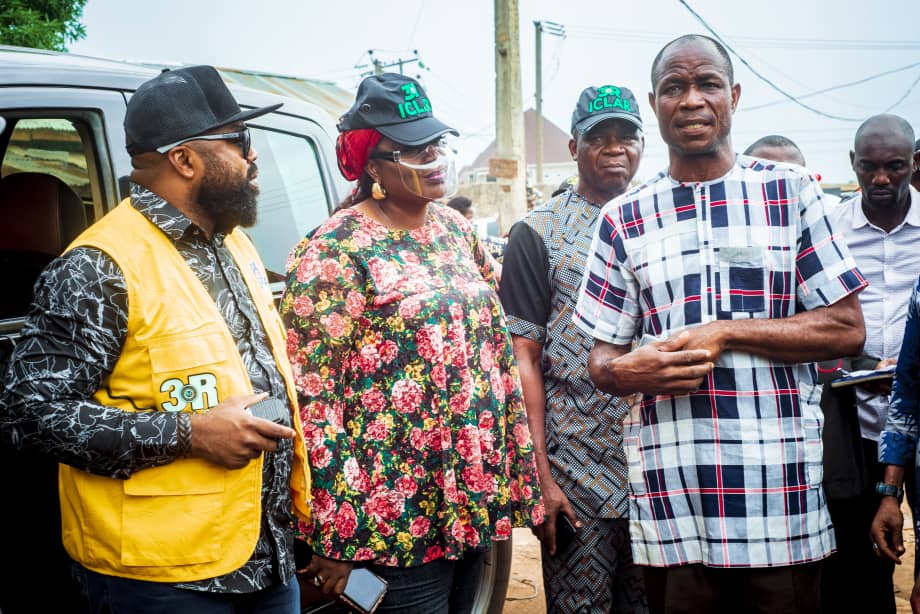 The General Manager of Owerri Capital Development Authority (OCDA), Engr. Francis Chukwu , with the joint  Imo State Government Whitepaper Implementation Committee on Lands and Other Related Matters, had continued with the enforcement order to recover all illegally acquired state assets as ordered by the Imo State Government.
Chukwu, who spoke with newsmen , Wednesday in Owerri,  the Imo State capital, said that the dea of the exercise was to execute the order as handed down by the government of Imo State.
The Tide learnt that the committee was  led by Prof. Ukachukwu Awuzie and had since recovered some illegally acquired state-owned property.
The areas visited by operatives of the implementation committee include, old Secretariat/Hill Top quaters Orlu road and buildings on Federal Housing Verge by Egbeada/Irete road.
Others are, buildings on the verge along DSS road, Orji Mechanic village and  have recovered Ikenegbu open land space.
In his address, the OCDA General Manager  Engr Chukwu,  a part of the committee,  hinted that another aim of the committee was to restore  the Master Plan of Owerri Capital territory.
He stated that the ‘3R Shared Prosperity Administration’ led by His Excellency, Sen. Hope Uzodimma remained committed to protecting the lives and properties of Imolites.
The Engineer cum politio, also  assured that the committee will do justice in returning all assets to the original owners.
In his words, the Chairman of the Committee, Prof. Ukachukwu Awuzie, praised the pragmatic nature of the OCDA general manager in executing the implementation order  and called on those who illegally acquired the assets to vacate same with immediate alacrity.
The climax of the visit was a demolition notice served to some of the occupants of the illegally acquired assets.
Other members of the committee include, Engr. Lady Uchenna Onyeiwu-Ubah-Secretary,  Chief J.O Onyenze-Member  and Chief Goddy Nwadike as Member.

Politicians in Nigeria have been advised to always embark on programmes and policies that would be beneficial to the common people, especially those at the grassroots.
The Arch Bishop of Enugu Ecclesiastes Province, and Anglican Bishop of Enugu, His Grace, Emmanuel Olisa Chukwuma, made the call in Enugu while delivering a sermon on the occasion of a thanksgiving church service to mark the 60th birthday anniversary of former Deputy Senate President, and Senator representing Enugu west at the National Assembly, Ike Ekweremadu.
Bishop Chukwuma regretted that most politicians in Nigeria are well known for their selfishness as they only think of themselves and members of their immediate families, describing their attitudes as very unfortunate.
The clergy man wondered why politicians should treat those who voted them into office in such a wicked manner, urging them to turn a new leaf for peace to reign in the country.
He however, commended senator Ekweremadu who celebrated mainly with the elderly and less privileged, describing him as the best senator in the South East zone.
Bishop Chukwuma however noted with deep regret that for Senator Ekweremadu to rise to his present position, he suffered assassination attempt and various forms of impediments, expressing happiness that he (Ekweremadu) is alive today in spite of all odds.

Suspected kidnappers, who took a middle age widow and mother of four children in Kogi, on Saturday demandef for N10 million ransom from her family.
The widow, Mrs Sefi Jimoh, was allegedly kidnapped on the road while waiting for a commercial motorcycle, popularly called “Okada” to go home after a morning prayer session at Mountain of Fire and Miracles Church at Phase II in Lokoja metropolis.
Jimoh, who is an Environmental Officer with the Kogi State Governnent, is the bread winner of the family, having lost her husband some years back.
A family source, who spoke to newsmen yesterday in Lokoja, said “only this morning our sisters’ abductors got to us on phone demanding for N10 million ransom for her freedom.”
“The kidnappers first called her (widow) children and informed them that their mother is with them and that she will only be released after a payment of a N10m ransom.
“We were so shocked but relieved after knowing that she is still alive after her disappearance yesterday that sent jitters into the entire family members, friends and neighbours around.
“The question now is, where and how do we, in our financial position now, raise such money to secure our sister and mother?”
The source pleaded with the kidnappers to show the widow and the poor family mercy and release her “because getting even one million is like trying to squeeze water from a rock”.
Contacted, the Kogi Police Command’s Public Relations Officer (PPRO), SP William Ovye-Aya, said he could not confirm nor deny it because he was yet to be briefed by the Divisional Police Officer (DPO) of “B” Division, where the incident happened.

No fewer than 3,400 civil servants  in Yobe State sat for promotion examination in the state, last Saturday.
The Head of Service, Alhaji Garba Bilal, disclosed this while inspecting one of the examination centres in Damaturu, the state capital.
Bilal said the examination took place  simultaneously in three designated  centres across the state.
“There are 1,962 candidates in Damaturu, the state capital, 1007 in Potiskum and 431 in Gashua Local Government Areas”, he said.
Bilal said the results of the promotion would be effected immediately it was out while other processes would follow.
He also said that the civil service in the state would be revived under his watch.
“As I said when I assumed office, we are trying everything humanly possible to revive the civil service in the state.
“First is to ensure that there are trainings and retraining of civil servants. Once you train them, they will be able to give their best”, he said, adding that the training would cut across all cadres of the civil service.
“The training would be carried out in phases. The senior officers would be trained and same will scale down to junior officers.
“So before you know it, all the civil servants will be abreast of the latest development in the civil service.
“We are going to create a good succession plan in the system.
“If someone exited from the service, there would be another person to replace him effectively.
“We do not want to create a vacuum where someone will leave and there will be no other person to take his responsibilities”, he said.