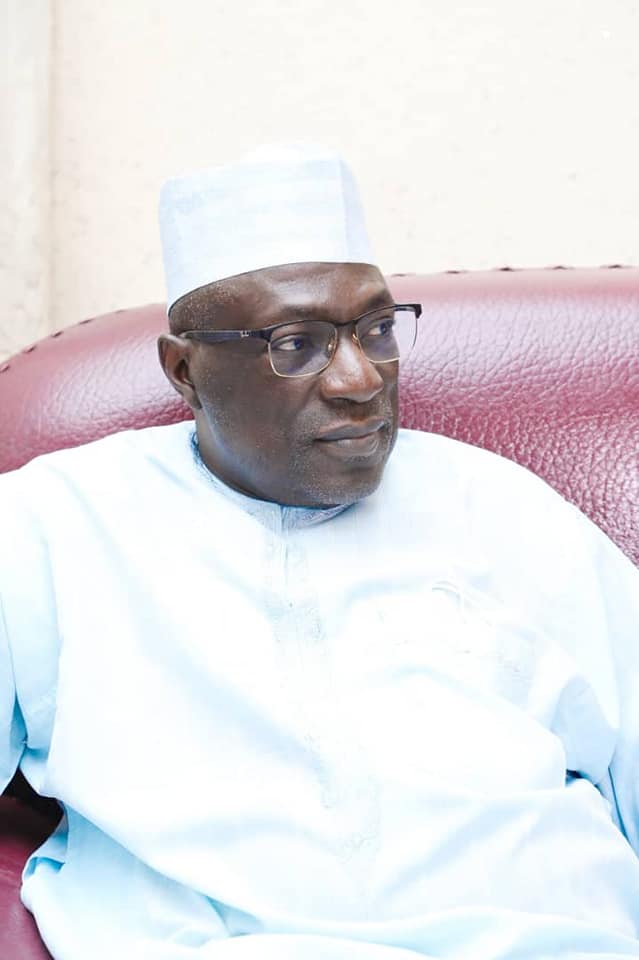 The National Chairman of the Peoples Democratic Party, Iyorchia Ayu, has said the leadership of the party will only welcome people who are serious in building the party, but not those who are only interested in grabbing  positions.
He also said that the PDP was the only serious party in the country at the moment.
Ayu said this when he received a delegation led by a former Managing Director and Chief Executive of FSB International Bank, Mohammed Hayatu-Deen, who paid him and other members of the National Working Committee a courtesy visit at the National Secretariat, Abuja.
He said, “This party was doing something right and you believe that. Given another chance which I believe Nigerians will do, it will still take Nigeria to greater heights.
“We’re happy that this great party, which is actually the only serious party in the country, is attracting people of your calibre. We welcome you on board.
“Our party welcomes every serious member, particularly those who will help to build the party; not just those who come to vie for positions and when they lose, they run away.
“We are here not just to win the presidential election but to win other elections as well, because even if we have a President and we don’t have the supporting cast, we can’t run the country successfully.”
Earlier in his address, Hayatu-Deen had charged the PDP leadership to brace up for the challenge of rescuing Nigeria from the clutches of poverty, insecurity and economic stagnation as the country prepares for the 2023 general elections.
The finance expert had recently revalidated his membership of the PDP at his ward in Borno State and since launched a series of consultations with the party leaders at the local, state and national levels.
He said that he joined active politics to enrich the political space with the wealth of experience garnered from the private sector.
He said, “The party’s philosophy from 1999 has been designed to ensure that the country is in sync with world affairs because of the effects of globalisation, privatisation and trade liberalisation. The world has become a global village.
“It is no accident that the PDP governments from 1999 onwards decided consciously to embrace market-oriented policies and philosophy.
“I mention these to underscore the fact that as we compete for power in 2023, it is important to clearly understand and take note of all these very important and critical accomplishments of the party.”