Residents of Amuokpokpor-Elume and its neighboring communities, both in Sapele and Okpe Local Government Areas of Delta State, have decried the impact of oil spillage emanating from the facilities of Conoil Nigeria Limited.
The residents, in a peaceful protest on Monday in Sapele, called on the government at all levels to prevail on the management of the domestic oil firm to rectify the situation.
The affected communities included Amuokpokpor-Elume, Ologho, Elume, Okwelabra, all in Sapele Local Government Area, and Ekoko, Eroghor, Idjekporo, Mereje, Opuraja, all in Okpe Local Government Area of the state.
According to them, the oil spill from the leaking wellheads had led to the outbreak of waterborne and skin diseases in the various communities since the past few weeks.
They displayed fishing nets, cages, hooks, among others, soaked in crude oil and called for urgent attention by the company to ameliorate the situation.
The protesters, however, demanded the physical presence of the Managing Director of the oil firm to observe the spill and ensure honesty and transparency in its dealings.
Mr Christopher Obule, leader of the protesters and Chairman, Amuokpokpor Community, said crude oil and natural gas have been erupting into the communities’ river and nearby fishing settlements for the past weeks.
He said that the river that was polluted by the spill remained the only source of drinking water, cooking, bathing and farming activities for the local communities.
Obule described the river pollution as the worst disaster that had ever hit the affected communities since oil was discovered along the community Coastal line over 40 years ago and called on the relevant authorities to come to their rescue.
“Our only source of water is this river. All our aquatic animals have been killed by the pollution. This is clear wickedness by the oil firm to have left us to suffer for what we know nothing about.
“As we speak right now, some of our children that drank this water only survived just because of God’s love towards us.
“After drinking the water, they were rushed to the nearby community health centres where they were treated of cholera and skin infections.
“If urgent step is not taken by the company to address the situation, the possibility of the entire communities being wiped out by the water-borne and skin diseases is inevitable,” he said.
Also speaking, the Councillor representing Ward 18 in Sapele Council, Mr Sam Azu, called on government, corporate organisations and well-meaning individuals to prevail on Conoil to do the needful.
According to him, the oil spill has stalled economic activities in the area for the past weeks, describing the incident as the worst disaster in the history of the communities.
The eldest man in Amuokpokpor-Elume community, Mr Smart Oghomedje, said the residents of the community are peasant fish farmers, that could no longer carry out their fishing activities as a result of the development
Efforts to reach the management of Conoil for comment was unsuccessful. 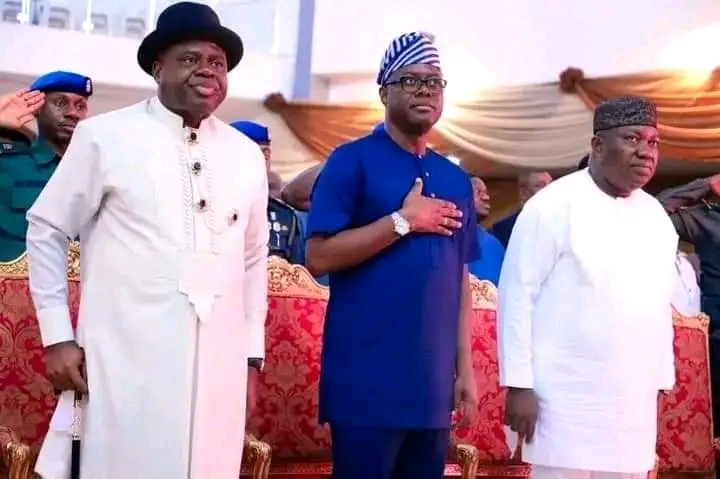 The Bayelsa State Ministry of Health is prepared to collaborate with the Traditional, Complimentary and Alternative Medicine (TCAM) to ensure effective healthcare delivery to people of the State.
Permanent Secretary, of the Ministry, Dr Oluwatoyin Azebi disclosed this when the TCAM practitioners paid her a courtesy visit at the State Ministry of Health.
Azebi noted that traditional and alternative medicine is also essential in service delivery of quality healthcare.
Earlier, the State Coordinator of TCAM, Dr Ruth Okhiema, disclosed that the purpose of the visit was to strengthen the relationship between the health Ministry and TCAM.
While appealing for an enabling working environment, Dr Okhiema highlighted various challenges faced by the unit, and called for prompt inauguration of the TCAM Technical Working Group.
This, she said, would translate into the formal recognition of the TCAM unit in the State.
On his part, the Unit Head and Desk Officer, TCAM, Bayelsa State, Dr Tarila Prefa, and Chairman, Modern Traditional Medicine Practitioners in the State, Dr Joe Edem, applauded the Ministry for meeting their request.

Delta To Give Grants To 40 Mission Schools 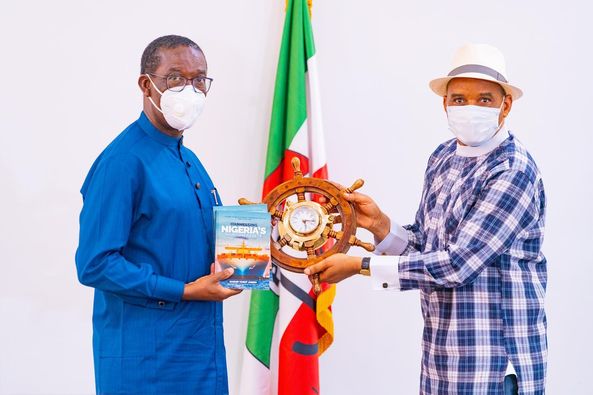 Governor of Delta State, Senator Ifeanyi Okowa, on Sunday, said the state government would provide financial support to 40 schools it returned to religious missions in 2011.
Okowa said this during a thanksgiving service marking the end of the 16th Synod of the Asaba Diocese, Church of Nigeria (Anglican Communion) at Cathedral Church of St. Peter, Bishop’s Court, Asaba.
The Governor said the grant had became necessary to assist the schools in running effectively, particularly in the prevailing harsh economic situation in the country.
Okowa, accompanied by his wife, Edith, up and top government functionaries, read the first lesson taken from Ezra 3: 6 -13.
He congratulated the new Bishop of the Diocese, Rt. Rev. Kingsley Obuh, on his consecration and enthronement.
“It is not easy for such schools to be managed given the current economic condition of the nation,” he said.
He commended the church for drawing his attention to the plight of the schools, especially his promise to ensure that grants were given to missions.
The Governor directed the Secretary to the State Government (SSG) to take action on the released grants to the affected schools.
“It is in the best interest of the Government of Delta State that they are supported to stand because they provide a space for study for some of our children.
“So, we will try to take action, at least, the first tranche of it to see what we can do to support our missions,” he said.
Okowa commended the church for its contributions to the health sector in the State, saying that their effort helped to provide health care services particularly to the less-privileged.
“As a government, we have continued to pay special attention to education and health.
“Delta has become a role model for contributory health insurance with over one million people enrolled in the scheme,” Okowa added.
Earlier in a sermon titled “Spiritual Foundations, Inevitable for Sustainable Work with God,” Rt. Rev. Chigozirim Onyegbule, Bishop, Missionary Diocese, Ikwuano, Abia, urged Christians to build strong foundation in their work for God.
He said for Christians to work effectively for God, their spiritual foundation must be very solid, adding, “if your foundation is not strong, you cannot withstand the problems of life.
“Everything on the face of the earth has a foundation and a weak foundation produces a miserable life.
“God is looking for those that He will partner, but if your foundation is weak, God cannot work with you.” 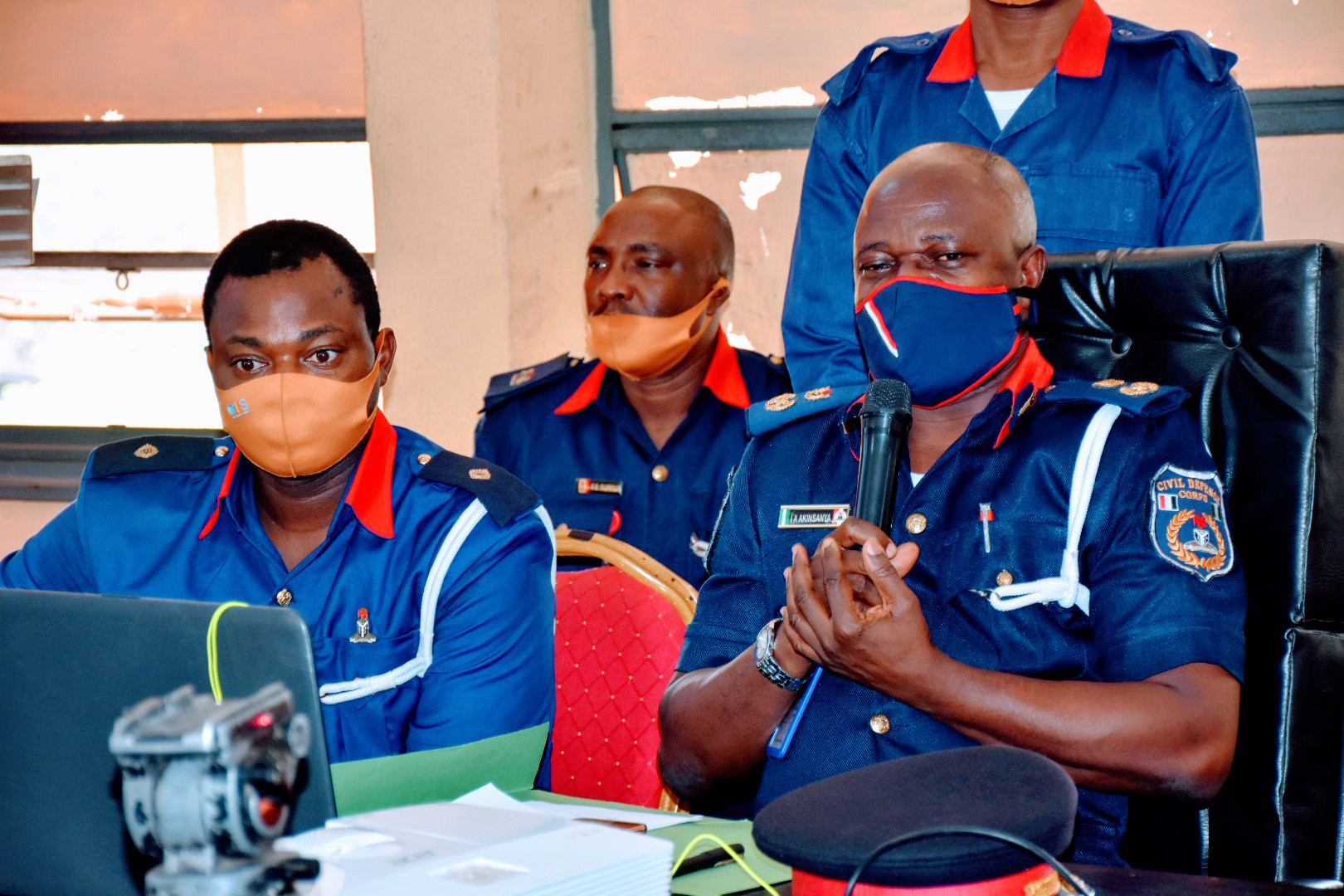 The Nigeria Security and Civil Defence Corps (NSCDC) has warned operators of private security firms in Akwa Ibom State to register them or face the consequences of their actions.
The State Commandant of NSCDC, Mr Abidemi Majekodunmi, gave the warning in Uyo on Monday in an interview with The Tide’s source.
He told source that the corps has registered 67 Private Guard Companies (PGCs) in the State.
Majekodunmi said it was mandatory for all private guard companies to register with the corps, adding that anything short of that was unacceptable.
“The role of PGC’s is to provide security, protection, information and quality intelligence since they operate in locations of government and private units in every sphere of occupational engagements.
“Through training and oversight supervision activities by NSCDC, they are imbued with cutting edge competence skills and capacity enhancement.
“The concept is in tandem with emerging global trends in the area of public-private partnership to provide security and contain insecurity in the country,” Majekodunmi said.
The State Commandant said NSCDC would not tolerate any unregistered private guard company in the State, especially due to security challenges confronting the country.
He urged individuals and organisations wishing to hire private security guard to cross check with the NSCDC to ensure that they patronise registered ones.
Majekodunmi warned against dealing on adulterated petroleum products, vandalism of transformers and electrical installations in the state.