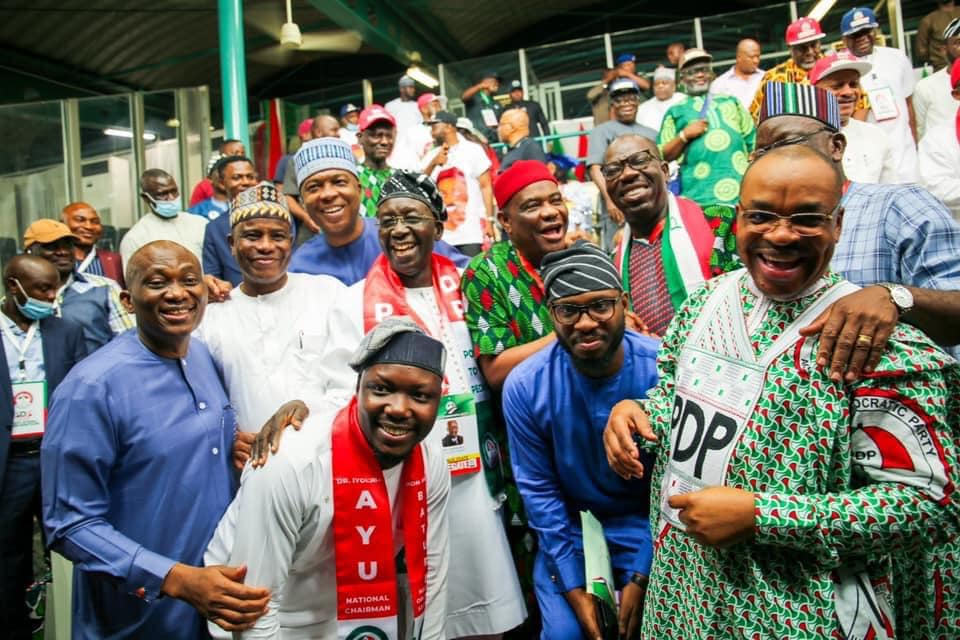 The Governor of Akwa Ibom State, Udom Emmanuel, has assured that there is no division in the state chapter of the Peoples Democratic Party, (PDP), over the choice of Mr. Umo Eno as his preferred successor.Emmanuel spoke while fielding questions from newsmen, weekend, during the 10th Series of ‘the Governor Speaks’ programme aired live on state-owned and private radio stations in the state.He said he would not be distracted by insinuations on the social media, stressing that he would rather remain focused on his completion agenda.
He reiterated his warning against using violence to grab power, saying he would vote for peace and not violence during the party primaries and the general elections.”
As a leader, I am entitled to only one vote during the party primaries and the general elections.
And that my vote is not for violence; it is not for the man that will go and carry gun and point on your head to grab power.”
Whoever grabs power by violence will rule by violence.
So, I am telling you that my vote is for peace, it is for progress, it is for economic prosperity, for infrastructural development, unity and I can keep counting.”
So, our party, the PDP, is not divided. Those social media things we read are not helping us in any matter. I don’t follow those things, I must get focused;
I don’t need those distractions.”On his promise to complete all ongoing projects before the end of his tenure, including road infrastructure, the governor assured that his administration was doing everything humanly possible to keep to his promise.
The governor thanked God that his administration was able to complete some of the capital projects it started despite the recession in the country and the negative effect of the COVID-19 pandemic on the global economy.
He explained that the execution of those projects across the state created job opportunities for the youths who worked as labourers at the construction sites.”
These are things that stimulate the economy anywhere in the world.
Anytime a country is in recession and you want to come out of the recession, you must spend more money on infrastructural development, spend more on capital expenditure”.