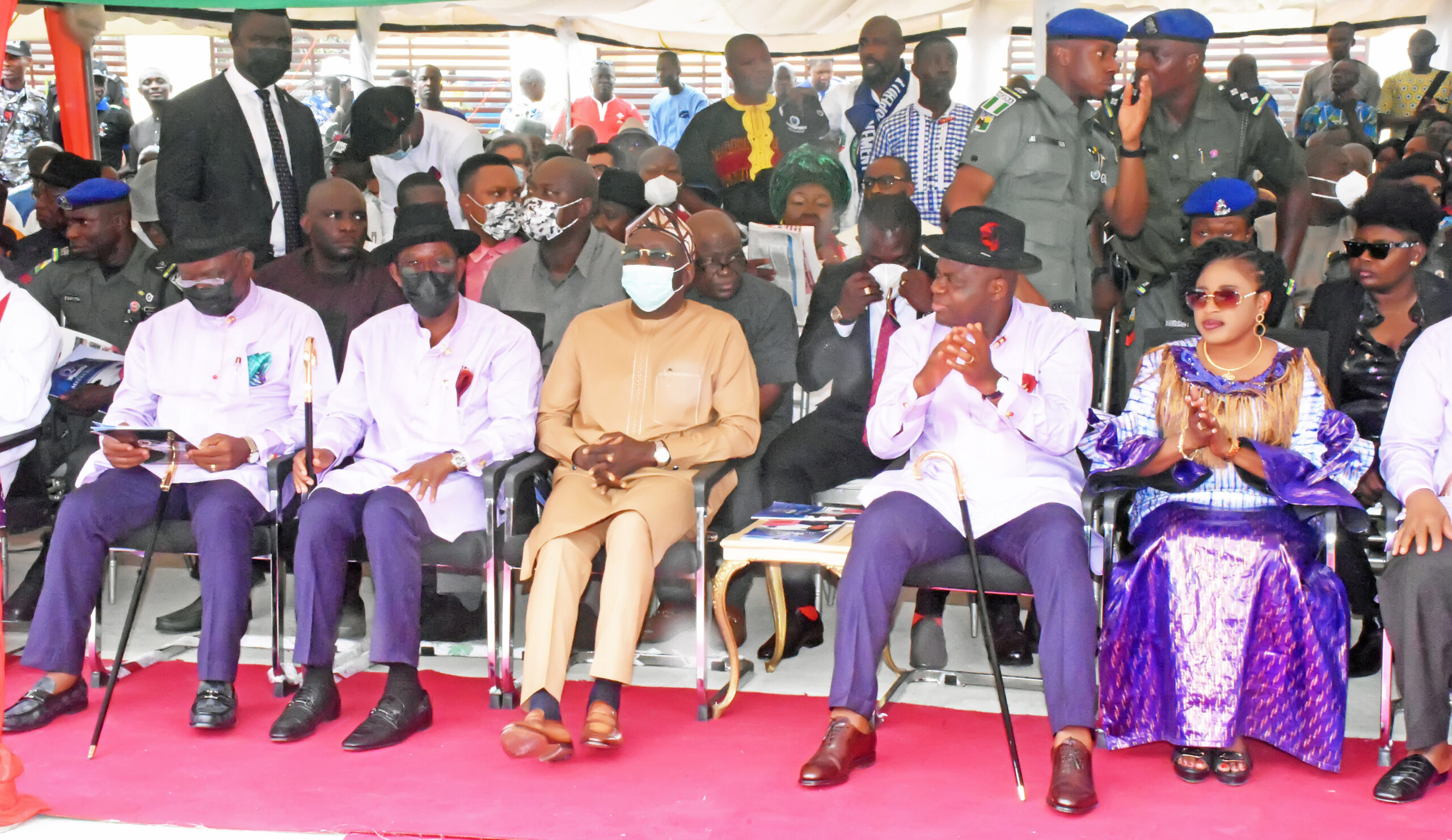 Some communities in Gokana Local Government Area, Rivers State, may soon have cause to cheer following a fact-finding visit by the House of Representatives Committee on Host Communities, last Thursday, to ascertain the extent of damages caused by oil spills on their waters and farmlands.
The Chairman of the House Committee on Host Communities, Hon. DumnameneDekor, who led members of the committee, representatives of Shell Petroleum Development Company (SPDC) as well as chiefs and traditional rulers from the affected communities, visited the hydrocarbon impacted shorelines of the communities in response to petition written by the the people in June, 2021 to the National Assembly.
Some of the impacted sites visited include Kpogbaa in Bomu; Bon MbabariAsakpugi; Bon Tamana; Bon Tigara; Bon Kolore; Bon Legbaa; Bon Dukori; and Naadube; all in Kporcommunity of Gokana.
Dekor, while briefing journalists after the visit, said the committee was in the area based on a petition to the National Assembly in June, 2021.
He said the team traversed the communities and their waters and, had one-on-one interaction with the people as well as verified the claims from the two communities which had to do with the purported spills coming from Shell since 2008.
“We just came to verify and try to see if there is any linkage in their claims. That’s why members of this committee are here.
“Those from the committee and those from Shell are all here, so that they will all have direct contact with what the claims are. We have come and we have seen”, he said, adding that the committee would send its report to the House of Representatives for consideration.
Dekor said both the affected communities and SPDC have seen things for themselves, assuring that whatever would be the outcome, would be appreciated by all parties.
“We want to also thank members of the communities for not taking laws into their hands. We also want to thank the SPDC for cooperating to the extent that they have come here today. I think so far, all is well and good”, he said.
The lawmaker, a former deputy speaker in the Rivers State House of Assembly as well as former works commissioner in the state, appealed to the people of the Niger Delta to support Governor NyesomWike’s effort to bring to an end, the issue of artisanal refineries, just as he decried the frightening level of pollution and its health hazards.
In his remarks, the Chairman of Gokana Local Government Area, Hon. Confidence Deko, called for thorough remediation, and adequate compensation to impacted communities.
The SPDC was represented by the Country Lead Corporate Relations Manager,IgoWeli, on the fact-finding mission.
In their separate interviews, the Paramount Ruler of Kpor Community, MeneAvalobari and thespokesman of Bomu Community, Sir Dominic Saata, demanded for holistic clean-up, and remediation to restore the environment as well as adequate compensation to the people.

Have A United Body To Enable You Achieve, Monarch Tells Rivers Youths