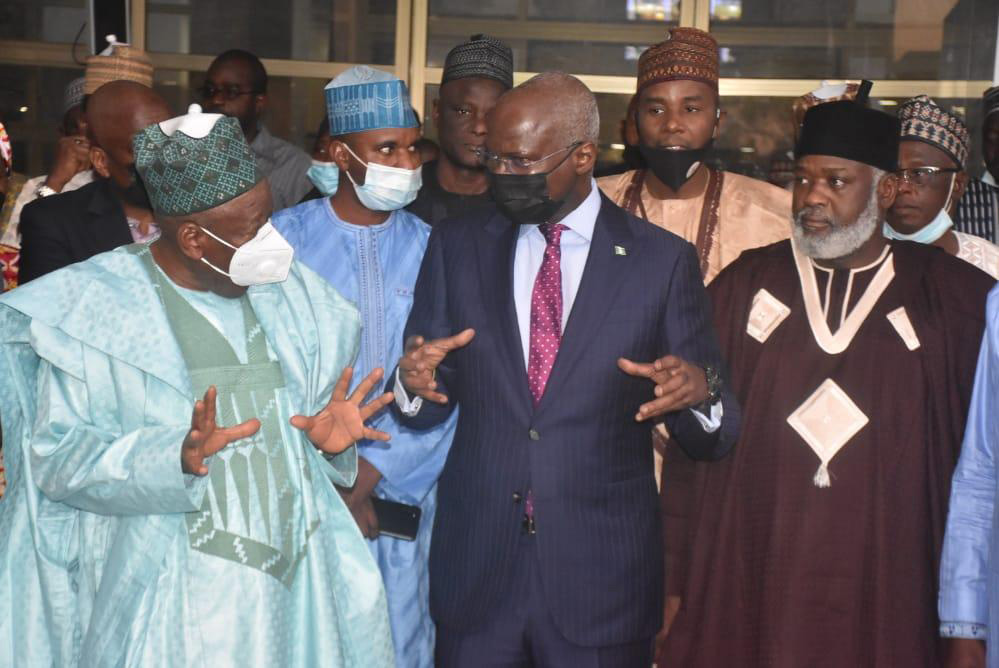 The All Progressives Congress (APC) Screening Committee in Abuja has screened Governor Gboyega Oyetola of Osun State and two other governorship aspirants ahead of its February 19 governorship primary election in the state.
The Tide source reports that the other two aspirants screened by the committee were a former Deputy Speaker of House of Representatives, Lasun Yusuf and former Secretary to the State Government, Alhaji Moshood Adeoti.
Adeoti recently defected from the Action Democratic Party (ADP) to join the APC, and Oyetola, the incumbent Governor, is seeking re-election.
Speaking with newsmen after the screening, Oyetola said his performance in office was enough to ensure his electoral victory, both at the party’s primary and the state’s governorship election on July 16.
“Let me say this, my performance in office in all areas of endeavour, as I speak today, is enough for me to win the party’s primary and the state’s governorship election.
“By every standard, we have done so well within the last three and half years, and I have been able to justify the confidence reposed in me by the people.
“I have been very much involved in the party; I’m not a novice when it comes to the issue of party administration,” he said.
Oyetola said he was prepared for the election, adding that he had gone round to 18 of the 34 local government areas of the state to campaign for re-election.
The governor said he would not be intimidated by anyone in the race.
According to him, my team would continue with the strategic engagements and would not leave anything for granted.
Oyetola, however, said he would need the endorsement of the party’s critical stakeholders in the state to be able to fly its flag.
“I have been going around to ask for the support of members of the party in all the local government areas of the state, so I am prepared,” Oyetola said.