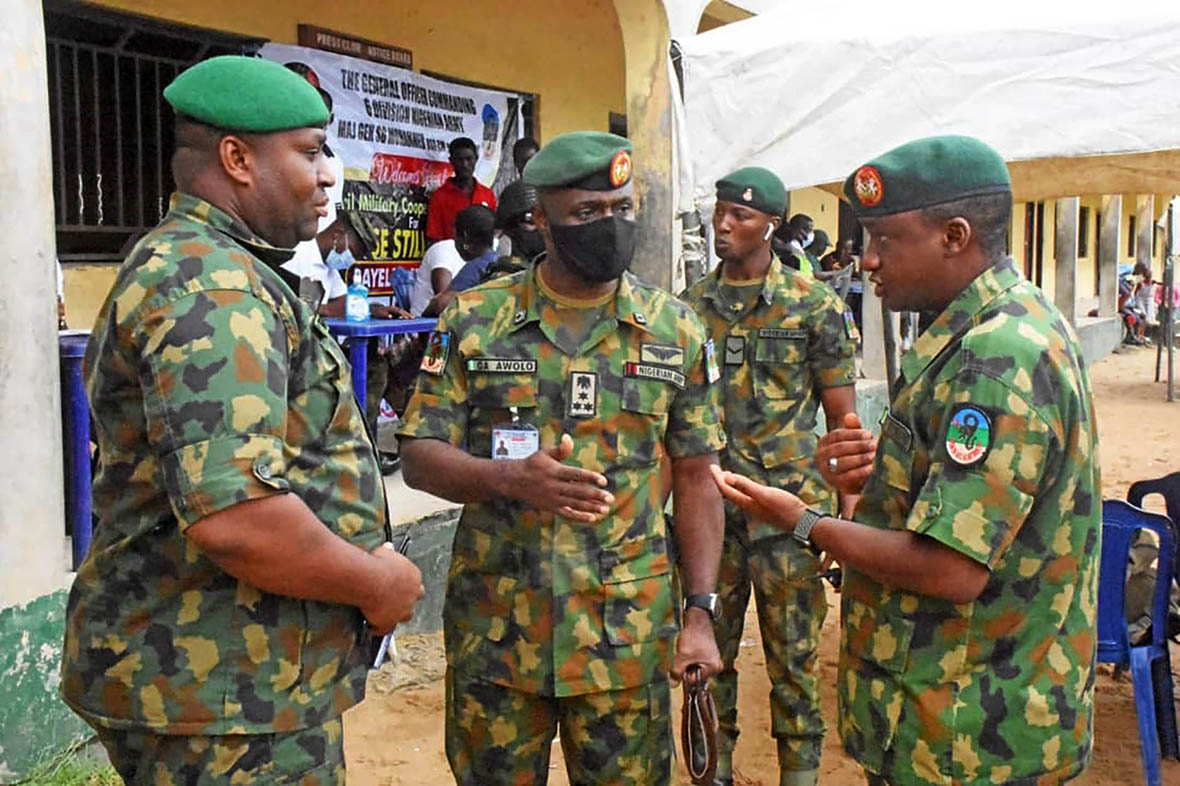 Newly enthroned Acting paramount ruler of Otuokpoti Community of Ogbia Council Area of Bayelsa State, Chief Rescue Orisa Abi, has revealed why the Bayelsa State Governor, Senator Douye Diri, dethroned the community’s former monarch and enthroned him in acting capacity.
The traditional ruler, who spoke with The Tide in the community at the weekend denied the insinuations making the rounds that his proxies in government lobbied for him to become a royal father.
He stated that against the allegations that he lobbied for the position,he was not interested in politics, noting however that his leadership trajectory as one time acting paramount ruler between 1988 -1989, and one time vice chairman of the Ogbia Kingdom Council of Chiefs, as well as his former positions as chairman, Nigeria Union of Teachers (NUT), Ogbia Local Government Area, and one time Secretary of the Otuokpoti Community Council of Chiefs as well as his current position as Chairman of the Community’s Council of Chiefs prior to his elevation as acting monarch would have informed the state governor’s decision in making him the community’s acting royal father.
The Tide reports that a second-class paramount ruler of Otuokpoti Community in Ogbia Council area of the state, A.C.T. Wongo, was deposed by the state governor, following security reports which implicated him and others in an alleged illegal oil refinery business which security investigations further revealed, led to the kidnap of the state Commissioner for Trade and Investment, Mr Federal Otokito, whom reports said was against the illegal oil bunkering, popularly referred to as ‘kpo fire’ in the community.
Chief R.O. Abi who also reeled out his blueprint informed The Tide that though the government has not communicated him, the duration for which he would be in acting capacity pending when the community would have a substantive monarch, he intends to collaborate with the government and its security operatives to strengthen the security situation in the community, just as he also hinted that in line with government’s directive, plans have reached advanced stage for the community to have a database of all non-indigenes living in the community and their sources of livelihood, respectively.
“I never knew the state governor would appoint me as acting paramount ruler any day, I was surprised myself when I first saw it in the social media, so I called on the governor’s chief of staff to confirm. He told me he would get back to me and truely called me back later with the confirmation of the story. I’m not a politician and don’t intend to be one any day, anytime. I’m a retired teacher”.
“The Governor is called ‘miracle governor’ and so God has performed another miracle in this community through him. Like the governor, I’m also a ‘miracle’ acting paramount ruler.
Meanwhile there were palpable fears in the community as reports have it that security operatives during the week foiled attempts to stage protest by some members of the community believed to be relatives and sympathizers of the dethroned monarch, A.C.T Wongo during the commissioning ceremony of the newly upgraded Otuokpoti police post to station by the state governor.
The foiled protest, The Tide, gathered may not be unconnected to the resignation of the governor’s appointed CDC chairman, Mr Jerry Ofor, as either him and the protesters declined audience with newsmen.
However, The Tide gathered from the acting monarch that the failed protest was carried out by no fewer than 12 people.
He said the resignation of Mr Jerry Ofor earlier appointed by governor Diri to replace the sacked former CDC chairman, Mr Azibalua Amon would not threaten the peaceful coexistence of the community as the council of chiefs has since filled the vacancy created by the resignation with a replacement by one Mr Godspower Parapa.
The royal highness described the new CDC helmsman as one who is willing to work with the new community leadership, noting that the community has since kept the government and security agencies abreast of the new development.
“The CDC Chairman appointed by the governor came to me one day, saying that his inner man was telling him not to be the chairman and that he was resigning. I summoned a meeting of the council of chiefs and informed them so he tendered his resignation and has since been replaced by one Mr Godspower Parapa as new CDC Chairman. I’ve informed the government and security agencies”, the monarch said.