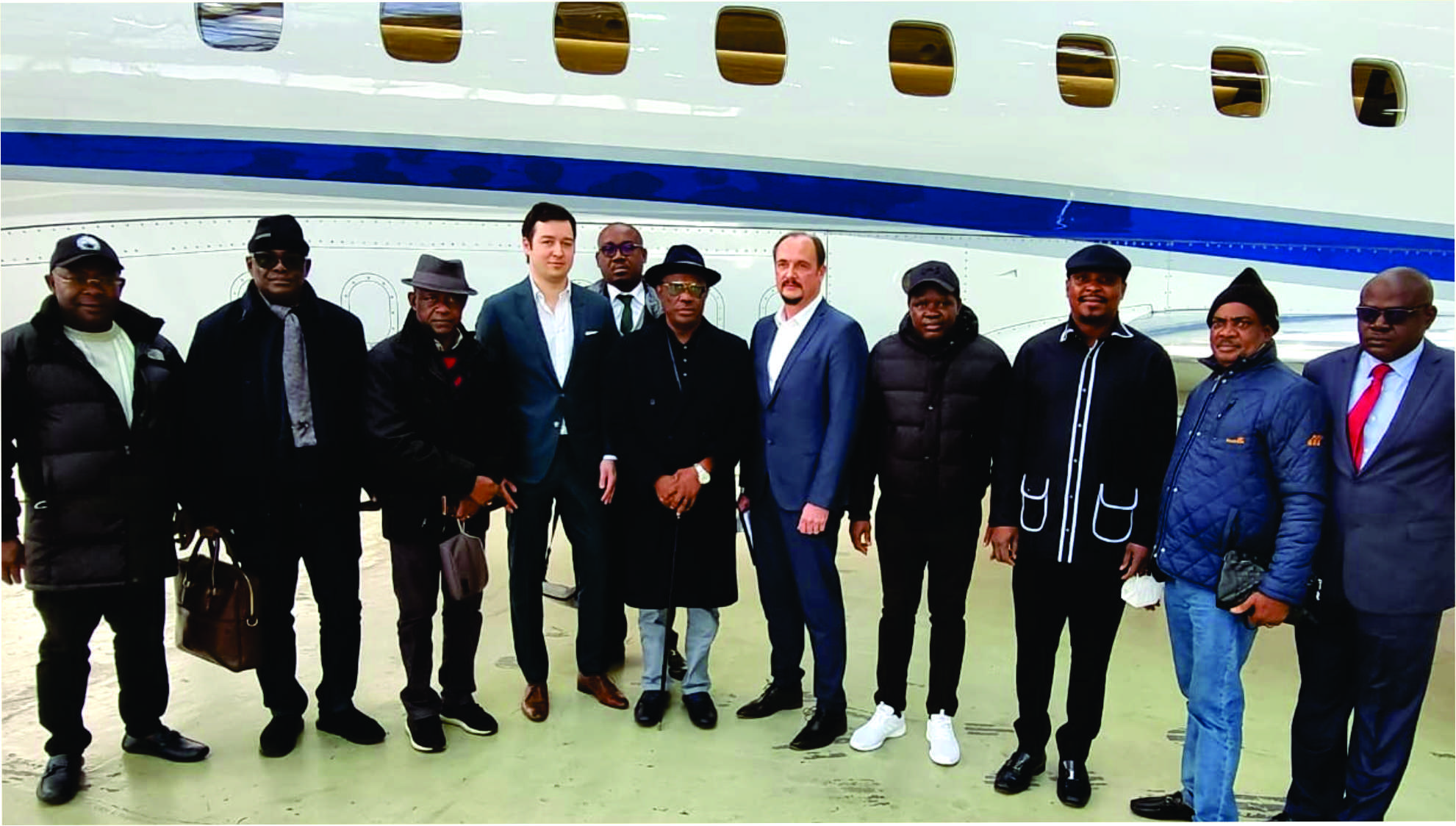 The Rivers State Government has discovered one of the state-owned Legacy 600 aircraft, that was flown to and abandoned in Germany since 2012 by the former Governor, HonChibuikeAmaechi-led administration.
The state Governor, Chief NyesomWike, who disclosed this, said the government discovered the aircraft through credible intelligence.
The governor said it was unconscionable for the immediate past administration to have surreptitiously taken a state-owned asset to Germany and abandoned same there, without any documentation.
Wike, who led a delegation of Rivers leaders to General Atomics Aerotec in Munich, Germany, where the aircraft had been abandoned for 10 years, said efforts to repair and retrieve the aircraft have cost the state government over €3million.
Speaking during a meeting with the General Manager, Business Development, General Atomics Aerotec, Markus Froetschi, the governor explained that his administration, in a bid to recover state assets, had through intelligence, discovered that the Legacy 600 jet purchased by the Dr Peter Odili-led administration was in Germany.
“When we came into office in 2015, we never had an idea that our plane was in your facility. It was a matter of asking questions before we got the information that Legacy 600 belonging to our state is in RUAG, before General Atomics. We tried to make contact with you, which you obliged. So, we want to sincerely thank you for not hiding anything from us, because it is the property of the Rivers State Government.
“This plane was bought in 2003 by the government of Dr Peter Odili, and by 2007, he had handed over to the next government, which was my predecessor’s, now, Minister of Transportation, RotimiAmaechi. While he was in office, by 2012, this plane was brought here. Reasons we do not know.”
Wike said there was no document indicating that the state-owned aircraft was flown to Germany and abandoned for any reason.
“The issue is: why was there no documentation to let the incoming government know that we have this facility, and we sent it to RUAG for inspection. Again, I do know from experience that inspection of such facility does not take more than six months. So, if it was brought in 2012, expectantly, at least, by early 2013, the plane ought to have come back to us for use.”
Wike said he had to travel to Munich, Germany with a state delegation to prove that the Legacy 600 aircraft has been discovered and about to be returned to the state government.
Those on the governor’s entourage included the Speaker, Rivers State House of Assembly, Rt. Hon. Ikuinyi-OwajiIbani; Deputy Speaker, Rivers State House of Assembly, Hon. Ehie Edison; Rivers State Attorney-General and Commissioner for Justice, Prof. ZacchaeusAdangor; member of House of Representatives, Hon. Ken Chikere; Rivers State Chairman, Peoples Democratic Party, Amb Desmond Akawor; Chairman, Ikwerre LGA, Engr Samuel Nwanosike, among others.
Responding, the General Manager, Business Development, General Atomics Aerotec, Markus Froetschi, said the aircraft was brought to Germany by the immediate past administration and abandoned since 2012.
He expressed delight that Wike took the initiative to repair and return the aircraft to Nigeria for use by the state government.
According to him, his company would be done with general maintenance work and deliver the aircraft to the state government by March.
In his remarks, the Speaker, Rivers State House of Assembly, Rt. Hon. Ikuinyi-OwajiIbani, said he was elated that the aircraft has been recovered by the state government.
According to him, state lawmakers would continue to support every effort to recover all government assets and property.
Similarly, the Deputy Speaker, Rivers State House of Assembly, Hon. Ehie Edison described the abandonment of the aircraft in Germany as administrative recklessness.
“We are surprised that this is more than 10 years that the aircraft has been here. Their intention we cannot say for such, but it shows administrative recklessness, and worst of all, there is no proper documentation to show that Rivers State Government as at then, meant well for Rivers people.”
Also speaking, Chairman of Ikwerre Local Government Area, Engr Samuel Nwanosikealleged that considering the brazen manner at which the immediate past administration sold state-owned valuable assets to their cronies, it was obvious that the Legacy 600 was surreptitiously flown to Germany to be converted to personal use.