The  Chairman of Omerelu Security, Peace and Advisory Committee (OSPAC), Mr Allwell Assor, has described those calling for the disbandment of the local vigilante group as criminals in diaspora and enemies of the community.
Assor said this when he spoke with The Tide in Omerelu in Ikwerre Local Government Area yesterday.
He said no free born of the community would think in that line, going by the ugly experience it witnessed some years back.
According to him, those thinking in that direction are those who the police  declared wanted and are still on the run, whose nefarious moves to return to the community have been resisted by the vigilante group
He narrated how the OSPAC in Omerelu has returned peace to the community and cited the massive influx of residents to the community last Christmas as a case study.
“Last year Christmas, Omerelu people returned home in their numbers. Even those abroad came back and drove around in celebration of the good work Governor Wike is doing in the community”, he said.
He noted that the local security outfit was among the best in the state due to the war it has so far waged against the entrance of herdsmen and similar groups.
As a gate way community, he said that they needed more support from companies and public spirited individuals in order to enable them deliver more credibly.
About the comment of an untrained facebook user concerning the outfit, he said such was a handiwork of an attention seeking man, whose identity was questionable.
“We know ourselves. We support each other in the community. We are united. Those calling for any sort of trouble including the disbandment of our OSPAC are not from the community”, he said.
He also called on the police and other security agents to be wary of such callers and pledged to work with the state Government  and Ikwerre Local Government Chairman, Samuel Nwanosike PhD,  in their  quest to rid the state of all forms of crime as well as cultism.
It would  be recalled that Omerelu Community from time immemorial, has been a peaceful community known for an excellent way of handling conflict resolution.
Omerelu OSPAC is an offshoot of the ONELGA OSPAC.

Family Cries Out Over Killing Of Bread Winner 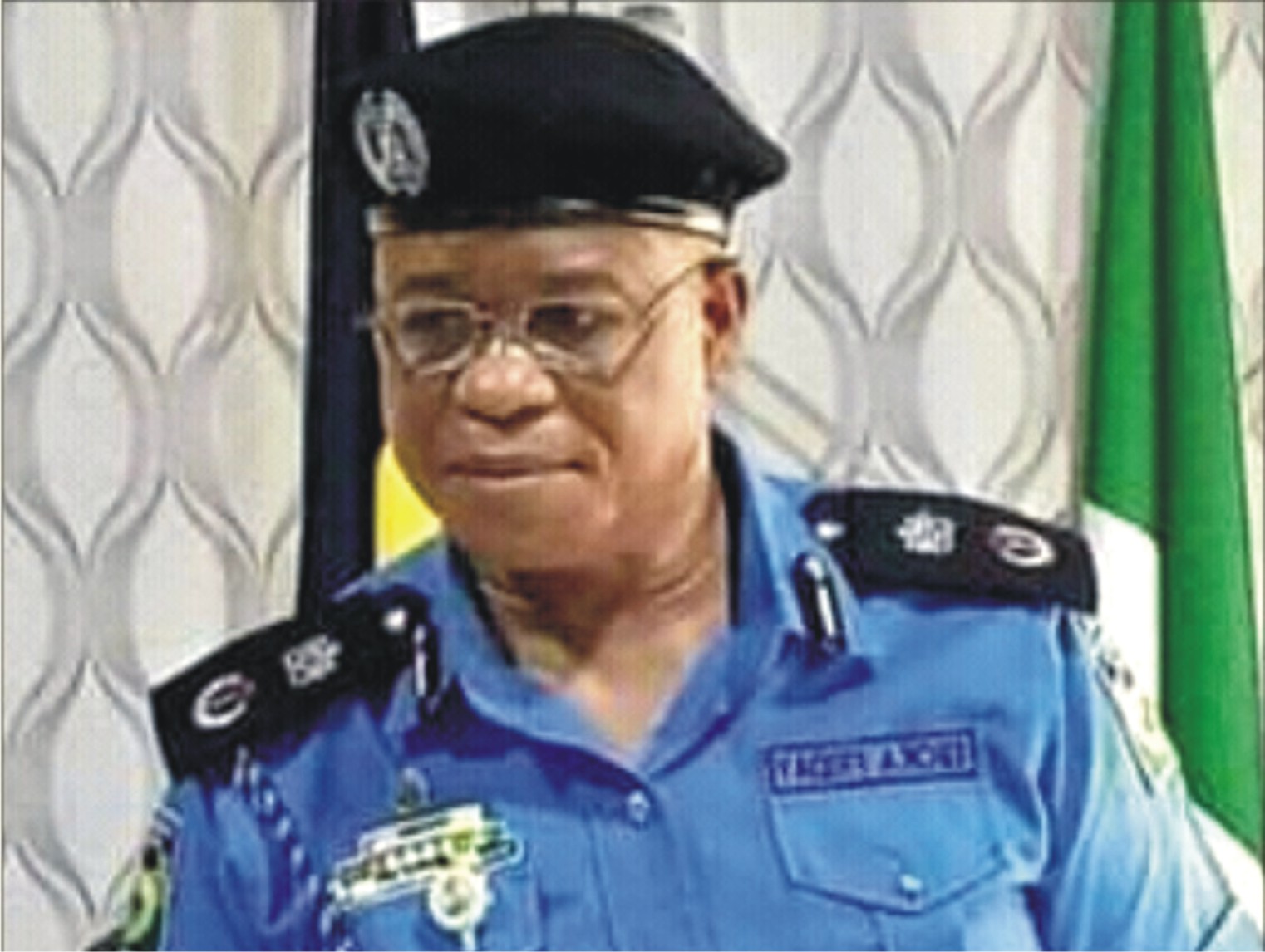 The Woha family in Igwuruta has cried out over the killing of their brother, Mr Paul Woha by unknown assailants last year, saying that his demise has thrown the family into more challenges and difficulties.
Late Mr Paul Woha, father of three was allegedly shot and killed at his residence at No 16 Igwuruta Airport Road, in lkwerre Local Government Areas of Rivers State by unknown killers and hailed from Ogbakiri in Emohua local government area of the state.
Speaking to the tide crime The Tide, one of the deceased siblings, Mrs Loveth Samuel said the death of their brother has brought a devastating condition to the family, saying that the family has been passing through serious hardship.
She alleged that on the 19th of September at 9:30pm some unknown thugs or assailants invaded their brothers’ house on that fateful day, attacked and Shot him in the presence of his wife and children.
According to her, he was later confirmed dead late at night by 12:30am at a hospital where he was rushed to after the doctors linked the death to losing of too much blood from the gunshots and machete cuts, adding that the assailants later set his entire apartment ablaze and burnt it down two days later after his death.
“Later, we were told that they came back for his wife and children but didn’t find anyone at home, so they decided to burn down his house. This made the wife to run away with the children.
“Until today, nobody knows where the family ran to and this has also caused more injuries to the family.
Even no arrest has so far been made on those who killed my brother and bread winner of the family”
“The police medical report from the Old GRA Police division confirmed that my brother died of the injuries he sustained from gunshot,” she stated.
She appealed to wel-spirited individuals and organisations to come to their aid and assist them to enable them take care of the family as their living condition at the moment was challenging.

The embattled governorship aspirant of the Peoples Democratic Party (PDP), Rivers State and a member of Federal House of Representatives, Hon Farah Dagogo, will on Monday next week, face proper trial on a two-count charge of cultism and conspiracy brought against him by the state government before a state High Court.
Dagogo was expected to appear before the Port Harcourt High Court presided over by Justice Chinwendu Nworgu last Monday to take his plea on a two count charge, however, the inability of the police to produce him in the court stalled the court proceedings and forced the trial judge to adjourn the matter
The Tide reports that when the matter was mentioned at the High Court, the Counsel representing Farah Dagogo informed the court that his client was sick and receiving medical attention.
Counsel to the defendant informed the court that the inability of his client to appear in court was due to his deteriorating health condition
He urged the court to grant the short adjournment date to enable his client properly attend to his health.
“My client is sick and undergoing medical attention.” he stated.
The Presiding Judge, Justice Chiwendu Nwogu, after listening to Counsel in the matter adjourned it to 16 May, 2022, for plea taking.
In an interview the Attorney General and Commissioner for Justice Rivers State, Professor Zacheaus Adangor (SAN,) said at the next adjourned date, the defendant would take his plea.
It would be recalled that on Monday, a Port Harcourt Chief Magistrate presided over by A, O Amadi-Nna had also adjourned the matter to 26th of May for bail application consideration before the matter was taken to the High Court for proper arraignment and trial.
The adjournment was also caused by the absence of the defendant in the court which was also attributed to his sickness.

An FCT High Court, Maitama, yesterday ordered the National Agency For Prohibition of Trafficking In Persons (NAPTIP) to allow a domestic violence victim’s parents to see their daughter in NAPTIP’s custody.
The victim, a-14-year-old girl was alleged to have been violently beaten by a woman, Esther Nwatu, with whom she was living with as a maid.
Justice Peter Kekemeke gave the order after the victim’s parents known as Mr and Mrs Ogbonna from Enugu State complained to the court that for seven years they were not allowed to see their daughter.
The victim’s parents, who did not have any legal representation, made a passionate appeal to the court to grant their request.
The judge said that the parents of the victim must have access to their child and also know what was going on with her.
“Ensure that the child is brought out for the parents to see between Tuesday and Thursday.
“Let them see their daughter and talk with her, whatever good you are doing, carry them along,” Kekemeke told NAPTIP.
The trial Judge then adjourned the matter until Thursday, May 12 for report.
Earlier, the prosecution counsel, Comfort Ajene, told the court that the girl was with them and was attending school too.
The prosecution’s second witness, Jane Okereke, testified and tendered photographs of the victim in evidence.
Pius Ezema, Defence Counsel to Esther Nwatu, objected to the admissibility of the photographs, but he was overruled by the Court.
NAPTIP had alleged in its submission before the court that on or about July 7, 2016, a-14-year-old girl was inflicted injury by her madam, Esther Nwatu of Orozo, Abuja.
It further alleged that Nwatu stripped the girl naked, tied her hands and legs, and flogged her with an electric wire.
The prosecution said that the offence contravened Section 2(1) of the Violence Against Persons (Prohibition) Act, 2015.
She had pleaded not guilty to the charges.
In another development, Justice Kekemeke adjourned until July 13, for defence in a case of alleged culpable homicide.
The judge adjourned when the prosecution counsel, S.I Nwafoaku failed to appear in court and no information was presented regarding his absence.
Kekemeke also did not allow the counsel to call his witnesses.
The defendant’s counsel, V.C Labesa, informed the court that he was going to file a no-case- submission (no case to answer).
The police had alleged that a 27-year-old Saleh Haruna of Fulani Camp, Bazunkure, Pegi, Abuja killed his brother’s wife, Rabi.
It alleged that Haruna on Nov. 11, 2020 hit Rabi with pestle on her forehead which led to her death, contrary to Section 221 of the Penal Code.
He however pleaded not guilty to the allegation levelled against him.