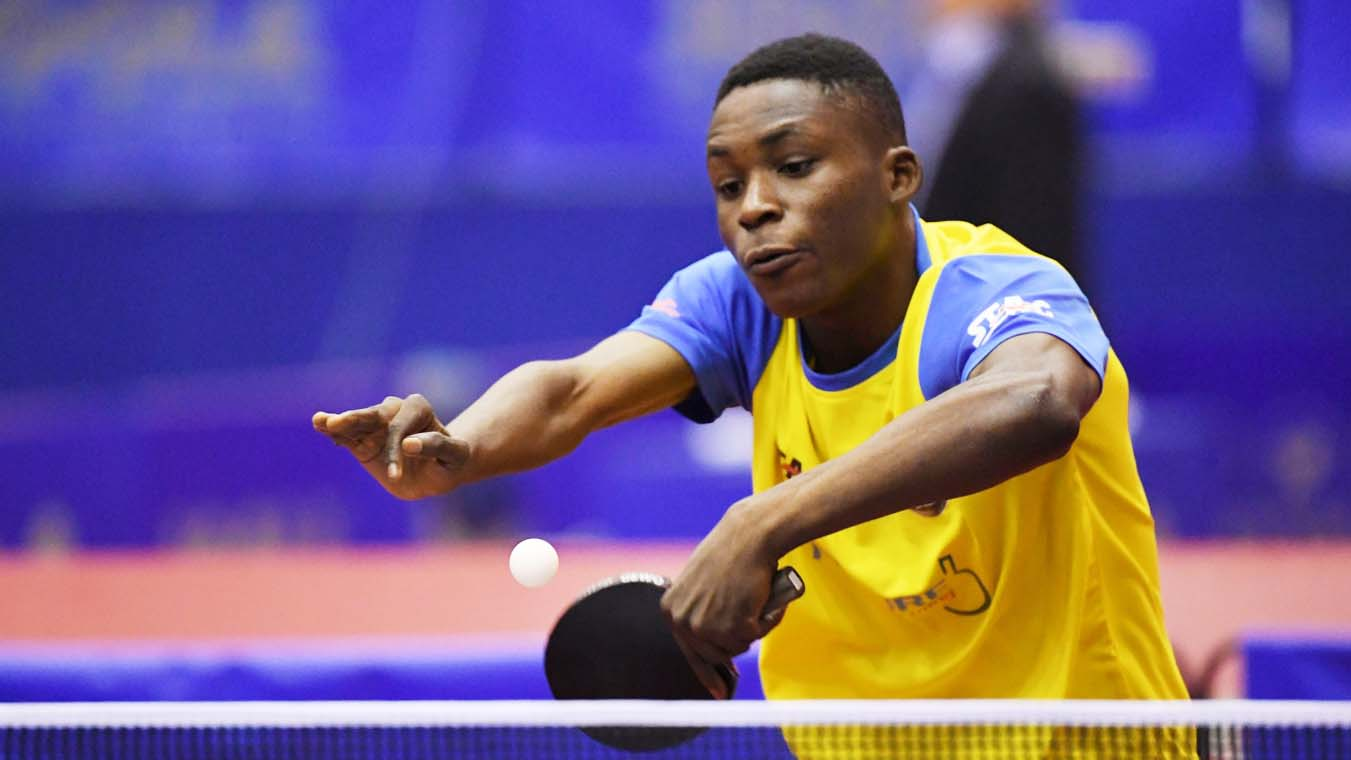 National champion, Olatunde Oduwole, last Sunday emerged Nigeria’s scrabble king after winning the Champion of Champions championship in Benin City, beating former world champion Wellington Jeghire in a hard-fought final match.
Oduwole won 2-1 to upset world No.4 Jighere, to claim the star prize of N500,000 and a giant trophy at the event, which held at the multi-purpose hall of Prestige Hotel.
Tidesports source reports that Douglas Ese won the youth event at the three-day event, which had 44 players vying for honours.
Oduwole admitted that it was a tough final game against Jighere.
“It was a crunchy final but I had better tiles to decide the game. I was very lucky to have won,” Oduwole said.
“It’s not easy playing against a world champion. We’ve met on different occasions and it is anybody who wins that decides the tournament. I could have lost today (Sunday) but I won because I was destined to win and not because I did anything extraordinary.”
“It was a marvelous championship with very stiff opposition, on the standard of the competition,” Oduwole added.
“I struggled from Table 17 and 16 at some point and thought it was all gone. But I crawled to the fore of the event and I maintained my position to win.”
President, Nigeria Scrabble Federation, Olabatoke Aka, expressed delight at the height the sport had attained globally.
“In the past, we had national champions and grandmasters, but the champion of champions is a variant. Previously, scrabble was not spectator-friendly but today, the game can now be viewed on our phones and TV. This event is very commendable,” he said.
Aka, however, lamented the lack of corporate sponsorships for the sport.
“The only people who sponsor scrabble are those who love the sport, the players of the game. We need to go out to advertise the sport. We need to capitalise on this event and broaden our scope.”
Edo State Sports Commission chairman, Godwin Dudu-Orumen,a special guest on the final day of the competition, said, “We are proud of the champion of champions competition.
“Scrabble produces good people, sound minds in sound bodies. We (Edo State) will take the sport to schools, starting from secondary schools, and we will continue to support the sport.”

4-1 Win Against Dolphins Was Due To Hardwork – Coach

Head coach of Police Crime Burster FC of Port Harcourt, Inspector Douye Ghomorai, has attributed the impressive performance of his players to early preparation and hardwork.
The Police team thrashed Dolphins Youth FC 4-1 at the ongoing Rivers State Football Association Challenge Cup, (RSFCA) .
Ghomorai said this on Friday in an exclusive interview with Tidesports shortly after his team ran over Dolphins Youths  4-1 in their opening match of the competition, at the
Sharks Football Stadium in Port Harcourt.
According to him,  their victory was as a result of hard work and early preparation,adding that as defending champions of the State  Keves Global Football Competition, they will ensure they keep that momentum of winning.
“ My boys are good, we  train five times in a week to keep fit. I commend my players for the good performance.
“We want to ensure that we do well in any upcoming tournament.
We train five times in a week, we know it is not easy, but we are doing it because we know what it takes to win a tournament in this State,” Ghomorai said.
He commended the State FA over the manner they handled the competition but urge them to not change their fixtures as it affects most clubs adversely.
In another match played, De Cardinals FC upset Go Round FC by 5-4 through penalty shoot out after playing goalless in  regulation time.

The head Coach of Khana FC in Khana Local Government Area of Rivers State, Sam Ledor, has revealed that he has  gained more knowledge at the just concluded coaches’ clinic held on Thursday, at Adokiye Amiesimaka Studium,  in Port Harcourt.
According to him, he had been to Lagos and Uyo for coaching courses but none was as rich in content as  this clinic, adding that it has also  boosted his morale and  coaching career.
Ledor said this in  a telephone interview with Tidesports,  saying that as a coach he  will now apply new techniques in the game of football.
“ I have been to Lagos and Uyo for coaching courses  but this is a very good foundation for me, it will help me a lot in my grassroots coaching.
The clinic has imparted new knowledge in me  so much, because there were certain things I do not know before that I have known now.
It is a nice one I commend the organisers for bringing such a programme to Port Harcourt,” Ledor said.
The coaching clinic was organised by the Rivers State Football Coaches Association (RSFCA) and Bright Stars Sports Agency United Kingdom for Nigeria coaches.
The Clinic which was tagged “Continuous Professional Development Coaching (CPD) was designed for developing football coaches.
The former captain of Enyimba FC encouraged his  members to always key into such projects because the knowledge gained will change their mentality towards the game.

A two-day basketball programme tagged” Uplifting the African Youth through Basketball” sponsored by Organised Basketball Network (OBN) has ended on Saturday.
The event which was held at Port Harcourt basketball court, Niger/ Bende Streets saw a huge crowd and over 300 youths participated in the programme.
Speaking in an interview with sports journalists shortly after the closing ceremony, the coordinator of OBN, a retired professional basketball player, Obinna Ekezie, said his aim was to develop the youth to have a career through basketball.
” OBN is to support youth on different skills, mostly on enterprenuership and technology. This is also to prepare them to have a career after basketball.
Our goal was to make this programme a sustainable one,” Ekezie said.
He used the forum to thank the Rivers State Government for its support, especially for giving them the venue to use. He also appreciated the United States Consulate in Nigeria for their support.
Speaking at the opening ceremony of the programme, the United States Consulate Deputy Public Affairs Officer, Jennifer Foltz said United States and Nigeria have very special and close relationship, adding that the Consulate feels this was the right time to do a sports programme.