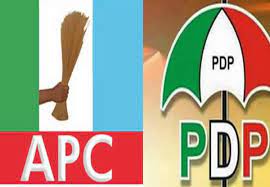 A Professor of Agriculture and All Progressives Congress(APC) chieftain in Ekiti State, Prof. Omoniyi Adetiloye, has appealed to the Independent National Electoral Commission (INEC) to monitor and prevent the rigging of the governorship primaries in the state in 2022.
Adetiloye alleged that some leaders of the APC and the Peoples Democratic Party (PDP) were plotting to manipulate the system through already twisted and flawed party congresses in favour of their preferred candidates, which he said might not be in favour of aspirants from the South senatorial district.
The Federal University of Agriculture, Abeokuta, lecturer lambasted the APC-led government of Ekiti for allegedly plotting to muzzle aspirants from the South senatorial district that had not produced a governor since 1999 in the primary to pick a candidate from another zone.
While the APC would conduct its governorship primary on January 22, 2022, that of the PDP is billed for January 28.
Addressing journalists in Ado Ekiti on Wednesday, Adetiloye insisted that zoning of governorship tickets to the South by APC and PDP would promote unity and peace in Ekiti, saying the parties can’t continue to govern the state at the expense of the people of the South.
“We need to alert the INEC about the imminent failure of our democratic process through the manipulations of party congresses by APC and PDP, thereby denying our people the fundamental rights of electing credible ward and local government officials in order to manipulate the governorship primary in favour of their anointed candidates.
“The South has been put in a disadvantaged position for long. The federal and state institutions were deliberately concentrated in the North and Central Senatorial districts of Ekiti in our 22 years of democratic governance.
“In my opinion, no governor wants his name to be remembered for leaving office with a severely fractured party in the 16 local government areas and three senatorial districts of Ekiti State. If Ekiti cannot practically demonstrate the principles of equity, fairness and justice in governorship elections, what audacity has anyone from Ekiti State to demand the same in Nigeria?
“To guarantee trust, harmony and even development in Ekiti State, the next governor in the 2022 governorship election must come from Ekiti South senatorial district”.
Adetiloye said the South senatorial district agitated for a similar consideration in 2018, but politicians from that axis were edged out by power brokers in APC in favour of a “predetermined candidate”.
Also, the convener of a Pro-zoning group called “Ekiti Concerned Citizens”, Femi Babalola, advised interested politicians from the South to toe the line of civility by averting overcrowded aspirants and come up with only aspirants that could win the APC and PDP primaries.
“This group was not formed to fight anyone or party, but we are for justice. How can the state experience 23 years of democratic governance with only two senatorial districts producing the governor at the expense of one of them?
“This is sheer injustice and this should not happen in Ekiti if truly we are one. This is the more reason why aspirants from the South must come up with one candidate for each of the PDP and APC primaries so that they can have high possibilities of getting the tickets”.

I Won’t Resign Over Jailbreaks – Minister