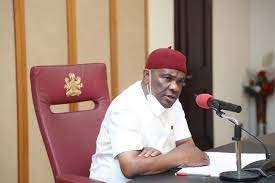 US Marks 60 Years Of Dev Assistance To Nigeria