An artisan can reap massive economic benefits if equipped with the right digital capabilities.
While most organisations have stepped up digital transformation, not many tradesmen and artisans have the capability to seize the immense opportunities emerging in the digital space.
It is against this background that the Lagos State government wants artisans and tradesmen to hone their digital skills to keep pace with changing business demands.
Lagos State Governor, Babajide Sanwo-Olu said the government is boosting digital capacities of small and medium-sized enterprises (SMEs) and artisans to take advantage of emerging business opportunities.
In addition, a five-acre area has been allocated to the Lagos State Council of Tradesmen and Artisans (LASCOTA) to build a centre and help the country become a manufacturing hub.
Speaking at the graduation of Eighth Tradesmen and Artisans Day in Ikeja, Lagos,  Sanwo-Olu reiterated that the government was providing financial support to SMEs and artisans to  enable them create good jobs and secure the long-term growth of  the  economy.
He said the role of artisans and traders was critical in achieving sustainable growth and prosperity of the people.
In line with this also, he said the government was establishing industrial hubs in various sectors across the state in view of the anticipated multiplier effect within the value-chain.
The governor, and others presented certificates to some of the artisans and traders who were retrained. The beneficiaries, drawn from various associations under the auspices of LASCOTA, were trained in 43 trades.
The Commissioner for Wealth Creation and Employment, Mrs. Yetunde Arobieke, said the training of 2000 tradesmen and artisans was a demonstration of the government’s commitment to empowering residents.
According to her, the up skilling programme was developed to equip the registered members of the informal sector towards becoming 21st-century artisans and tradesmen in line with the T.H.E.M.E.S. Agenda and ensure that every resident benefits from the policies and programmes of the government to achieve the ‘Greater Lagos’ vision.
The capacity building programme, according to her,  has broaden the scope of the participants as it was designed to impact positively on their skillset and sharpen their entrepreneurial knowledge to provide a competitive advantage.
LACOSTA President, Alhaji Nurudeen Buhari, commended the governor for its interest in artisans and traders.
The Permanent Secretary, Ministry of Wealth Creation and Employment, Mrs. Kafayat Ajenifuja, said the ministry is establishing industrial hubs in various sectors across the state in view of the anticipated multiplier effect within the value-chain.

Professionals in the aviation industry across the nation’s of the world are meeting in Abuja, the Federal Capital Territory of Nigeria, to discuss issues on air safety.
The conference, which commenced on Monday in the nation’s capital, will last for five days.
The Federal Ministry of Aviation in conjunction with the Nigerian Civil Aviation Authority (NCAA), and the International Civil Aviation Organisation( ICAO), are hosts to the stakeholders in the aviation industry to the global event.
According to a statement by the General Manager, Public Relations, NCAA, Mr. Adurogboye Sam, which was made available to aviation correspondents, this global event is the seventh in the series.
The statement noted that this year’s event will engage all participants in discussing important issues, such as  progress made in implementing the ICAO global and regional plan, enhancement of aviation performance in all ICAO strategic objectives, key priorities for the coming years, Covid-19 aviation recovery and building back better, as well as the outcome of the ICAO High-Level Conference on Covid – 19 (HLCC).
It also added that the Federal Government would be hosting the Directors General of civil aviation authorities, aviation safety and security representatives, aviation experts of African-Indian Ocean (AFI) region member states, and other representatives and experts from international/regional organisations.
“The event is aimed at availing the Directors-General of civil aviation authorities the opportunity to brainstorm and chart a course aimed at further developing appropriate strategies and providing the necessary actions to support the enhancement of the aviation system in Africa.
“The signing of a Memorandum of Understanding between Nigeria and some notable countries has been listed as the highlight of the five-day event.
“However, the only session open to the public is the opening session holding on Monday, after which delegates will break into technical sessions”, the statement explained. 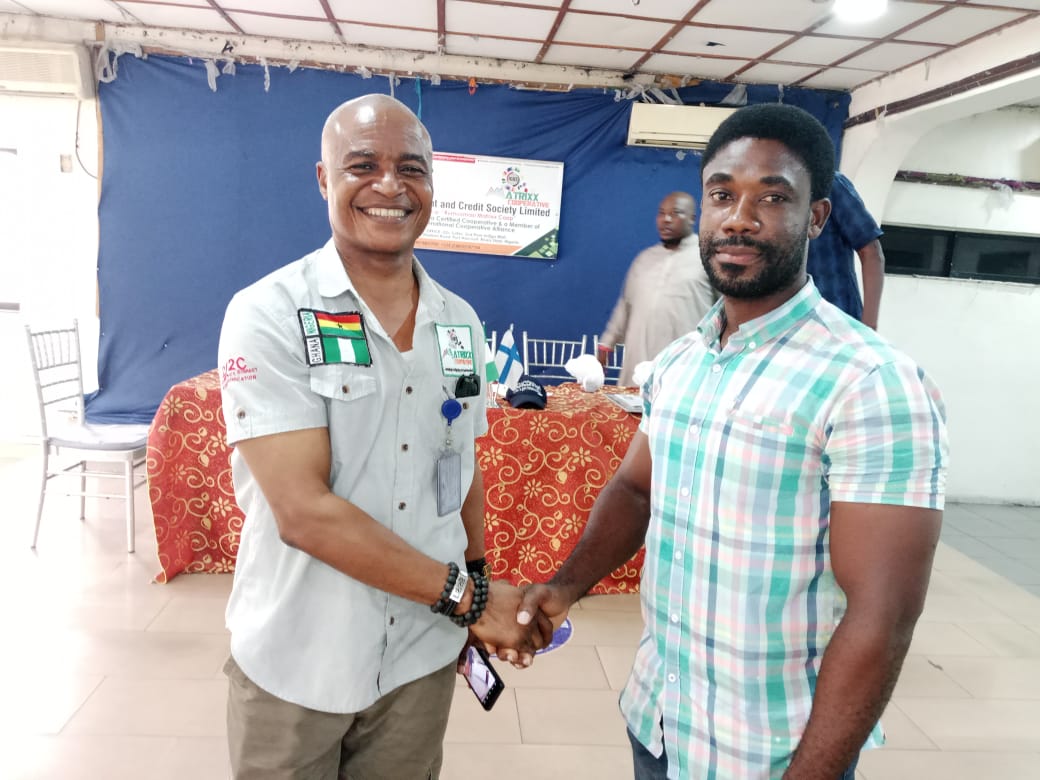 The Gender Centre of Excellence (GCE) at the Rockefeller Philanthropy Advisors (RPA) has reiterated the need for more inclusive financial services for Nigerian women.
The centre made the call recently during the launch of the Gender-Disaggregated Data Analysis of the Nigerian Lending Market Report, held at a stakeholder’s event in Ikeja, Lagos State.
As part of its key findings, the report revealed that 98 per cent of Nigerian women are left out of formal credit markets due to lack of trust in formal institutions and lack of awareness of credit products at-market, among other factors.
In her opening remarks, the Vice President, Economic Inclusion, RPA, Henrietta Bankole-Olusina, noted that the importance of the report cannot be over emphasised because it takes a closer look at the differences between men and women’s access to finance and how these differences impact credit performances, financial inclusion and the country’s potential for growth.
According to her, “Men and women have similar rates of formal borrowing. On the surface, this may suggest that men and women face similar preferences and challenges in accessing credit.
“However, the large gender gap in account ownership suggests that men and women do have different financial behaviours.
“If gender is considered as the only differentiating factor between these consumers, there may be key characteristics that are obscured by gender, but that also affect access and use of financial services, particularly credit.
“This is the aim of the Gender-Disaggregated Data Analysis of the Nigerian Lending Market Report – to explore gender differences and access to finance as well as help breakdown the perception of women consumers as a monolith.
“It is our hope that the report will help promote financial and gender inclusion in Nigeria by highlighting opportunities to reach this promising segment”, she stated.
Delivering the keynote address, the Managing Director, EdFin Microfinance Bank, Bunmi Lawson, emphasised the urgent need to drive financial and economic inclusion in Nigeria, especially among women.
“Beyond financial inclusion, we must equally prioritise economic inclusion, as one cannot exist without the other. Efforts must be made to address the major drivers of financial exclusion such as lack of income and economic capabilities, lack of education and low trust in financial service providers,” Lawson said.
She noted that efforts to boost financial inclusion by policy makers and financial service providers must move beyond product innovation to addressing these underlying drivers of financial and gender gaps through more systemic collaborations between all stakeholders. 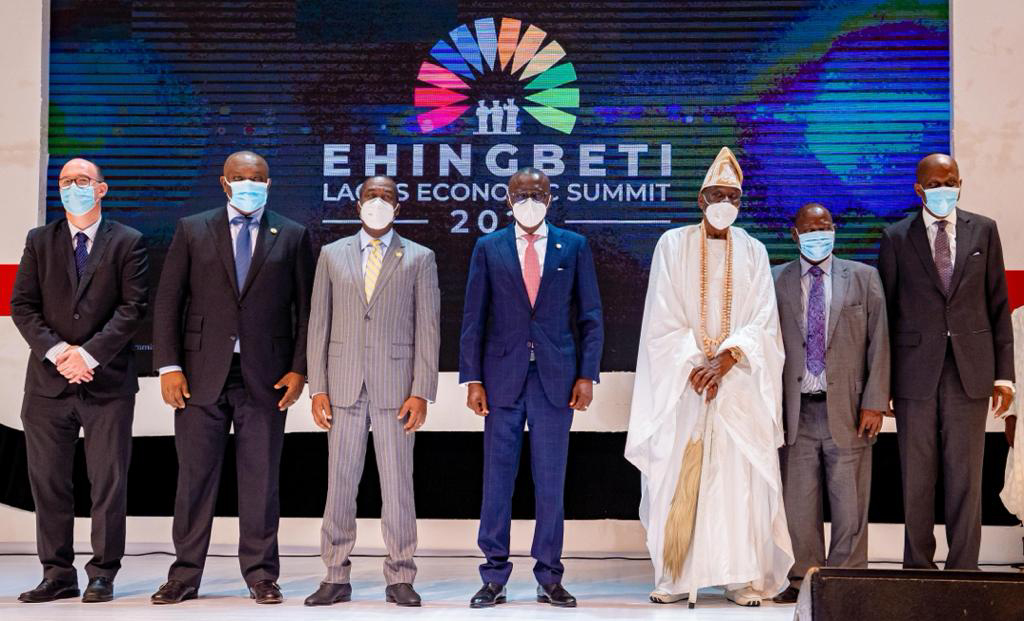 First City Monument Bank (FCMB)  has partnered with the Mastercard Foundation to provide subsidised loans to 100,000 Micro, Small, and Medium Enterprises (MSMEs), to create work opportunities for young Nigerian women and men.
The programme, which is part of the Mastercard Foundation’s Young Africa Works strategy in Nigeria, aims to sustainably move Nigerian youth out of poverty.
The programme, executed through a  $27.8 million (about N15.5 billion) MSME Revitalisation Fund, is aimed at ensuring that qualified MSMEs can access loans for their business at a single-digit interest rate.
Report say that 70 percent of the MSME Revitalisation Fund targets women-owned MSMEs in agribusiness, the creative industry, and digital sector, while the remaining 30 percent will be deployed to meet the funding needs of youth-owned enterprises and businesses run by vulnerable members within Nigeria.
Speaking on the partnership, the Managing Director, FCMB, Yemisi Edun, described the programme as a purpose-driven intervention that would further help break the barriers that limit MSMEs’ productivity and overall success in Nigeria.
“The past few years have been very challenging for individuals, households, and businesses in Nigeria. Now more than ever, all hands must be on deck to create opportunities that will sustainably enable people and businesses to find their footing and stand on more solid ground.
“We are proud to partner with the Mastercard Foundation to rebuild businesses, drive recovery, and stimulate economic growth by providing the much-needed support to Nigerians to engage in productive activities.
“As a caring and inclusive institution, we will deploy our products, services, and other excellent offerings to ensure that this partnership achieves the desired results”, she said.
Also speaking, the Mastercard Foundation’s Country Head for Nigeria, Chidinma Lawanson, said, “this partnership will enable us to scale our support to reach even more young people and communities that have been affected by the pandemic.
“Together with our partners and others, we will continue to ensure that our efforts enable young people, especially young women, to access quality education, skills, and financial services which will result to dignified and fulfilling work.”