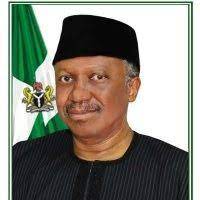 President Muhammadu Buhari, yesterday, directed the Minister of Health, Dr Osagie Ehanire, to ensure effective utilisation of Global Fund’s provision of $890million over the next three years, to support Nigeria’s fight against HIV-AIDS, Tuberculosis and Malaria.

The Special Adviser to the President on Media and Publicity, Femi Adesina, disclosed this in a statement, yesterday, titled, “$890 million health grant to Nigeria: President Buhari demands periodic performance reports from ministry.”

According to the statement, the president spoke at the virtual launch of the grant for the period of 2021-2023, which will also support the establishment of resilient and sustainable systems for health in the country.

The statement quoted Buhari as saying that, ”Let me also emphasise here that this administration has zero-tolerance for corruption and inefficient use of resources.

”In this regard, I hereby direct the Minister of Health ( Dr Osagie Ehanire) to set up an accountability framework, to monitor the use of this fund and provide periodic performance reports to my office.”

The president was also said to have assured donor agencies and development partners of judicious use of the grant.

He said the funding would complement investments in the health sector, help curb new infections, and reduce HIV-AIDS, Tuberculosis and Malaria-related morbidity and mortality.

”It is my wish that in the next three years, these three diseases are taken much further down the path of elimination,” he added.

The president also applauded the Global Fund for their contribution of $51million during the early stages of Nigeria’s response to the Covid-19 pandemic, to procure Personal Protective Equipment, test kits and scale-up diagnostic capacity.

”I am pleased to say that, on our part, we are on track to fulfilling our co-financing commitments to the Global Fund for this new funding cycle and meeting our other commitments as and when due,” he said.

Commending the work of Nigeria’s Country Coordinating Mechanism, under the leadership of the minister of health, Buhari reaffirmed Nigeria’s commitment to achieving the Sustainable Development Goals by 2030.

He pledged that his regime would continue to work with fellow heads of state and governments across the continent to ensure sustained high-level political engagement to achieve the SDG goals.

The president recounted that the strong partnership between the government and people of Nigeria and Global Fund, dating back to 2002, had contributed immensely to saving lives, especially of women and children.

According to him over the last two decades, joint efforts with the Global Fund, the United States Government, the United Nations and other development partners, had succeeded in bringing about significant reduction in new infections, morbidity and mortality from HIV, Tuberculosis and Malaria.

He attributed the improvements to the effective alignment of our various national investments, using the most recent evidence to inform policies, strategies and plans.

”The thrust of our government in the health sector is to ensure that investments get a health systems strengthening focus, as the most efficient way to utilize available resources and position Nigeria on the path to sustainability of health programmes.

”The minister of health is pursuing this trajectory,” he said.

On Nigeria’s contribution to the fund, the president announced that he approved $12million to the last Global Fund Replenishment held in Lyon, France, representing a 20 per cent increase on the country’s immediate previous contribution.

”Our administration is committed to increasing domestic financing and exploring other innovative ways of increasing financing for health, to ensure Universal Health Coverage,” Buhari said.

The statement also quoted Ehanire as, speaking in his capacity as the chair of the Country Coordinating Mechanism of the Global Fund programmes in Nigeria, saying Nigeria recently signed eight grants amounting to $890million to support HIV, TB and Malaria programmes and build resilient and sustainable systems for health.

Giving an overview of the grant, he said two of them are for HIV management, amounting to $310million, and will be administered by two principal recipients namely the National Agency for the Control of AIDS and Family Health International.

According to the minister, $180million of the $310million was earmarked for procurement of antiretroviral medicines, which will maintain 1.4million Nigerians living with HIV on lifesaving antiretroviral treatment.

He explained that three of the grants, amounting to $153million are for TB, to be administered by three principal recipients including the National TB and Leprosy Control Programme, the Institute for Human Virology in Nigeria and the Lagos State Ministry of Health.

He added that two of the grants for malaria elimination, amounting to $439million will be administered by two principal recipients – the National Malaria Elimination Programme and the Catholic Relief Services while the eighth and final grant worth $35million for Resilient System for Sustainable Health has NACA as principal recipient.

In her goodwill message, Deputy Chief of Mission, U.S Embassy in Nigeria, Kathleen FitzGibbon, was said to have described Nigeria’s recent contribution to the Global Fund as an important commitment to end all the three diseases and to ensure a healthy and prosperous country.

”We hope the achievements made in Nigeria in the fight against HIV, TB and Malaria, with support from the Global Fund, will inspire and motivate health workers and other partners alike,” the representative of the U.S. Government, which is the largest single donor to the Global Fund, said.

Speaking virtually from Geneva, the Executive Director, Global Fund to fight AIDS, TB and Malaria, Peter Sands, while commending the partnership with Nigeria, said in addition to the $890million grant, the Global Fund has disbursed $2.6billion to support HIV, TB and Malaria and strengthening of RSSH, since 2003.

Govs Back Continuous Use Of AstraZeneca Vaccines

The Anglican Communion’s Joint Council of Knights (JCK), which held its 23rd Conference in Port Harcourt, Rivers State, has supported the Independent National Electoral Commission (INEC)resolve to use the Bimodal Voters Accreditation System (BVAS) for the conduct of the 2023 general election in the country.
It noted that this technology would help make the elections credible.
A communique issued at the end of the conference hosted by the Diocese of Evo at St. Andrew’s Anglican Church, Rumuobiakani Deanery, from Thursday, November 24 through Sunday, November 27, 2022, also called on Christians in the country to participate actively in the ongoing electoral process in order to help in birthing a government that would be responsible and accountable to the citizenry.
The communique, which was signed by the President General, Dr. William Emenike Amobi; and Secretary General, Sir Derek Iyo; commended the Federal Government for the initiative of redesigning the Nigerian currency, as the decision would fast track the process of mopping up excess cash stockpiled by some politicians, thereby reducing the vice of money politics and vote-buying in the 2023 general election.
The JCK conference frowned at the perennial fuel scarcity and indiscriminate price hikes of petroleum products in the country.
It urged the Federal Government to put in place the necessary measures to ensure a stable price regime and product availability in the country.
The Anglican Knights further expressed serious concerns about the persistent security challenges in the country, and called on the government to intensify efforts at arresting the ugly situation.
The communiqué also appealed to the government at all levels to put in place measures that would avert future occurrences of the recent flooding that ravaged many communities in the country; while sympathising with all those impacted as well as wishing them a quick settlement and return to normal lives.
The conference noted that true service to God and humanity is the pathway to true leadership, as captured in the theme of the conference: “Not to be served but to serve” (Luke 22:24-27).
The conference appreciated the Rivers State Governor, Chief Nyesom Wike, for the developmental strides recorded in his administration and his support for the church.

The University of Port Harcourt, Choba in Rivers State, has said that a total of 19,235 students would be graduating during the two-day combined convocation ceremony scheduled for today and tomorrow.
The institution also said that out of the number,161 students bagged first class honuors in various courses and disciplines.
The Vice Chancellor of the university, Prof Owunari Georgewill, disclosed this during the pre-convocation media briefing heldat the university’sSenate Conference Room, yesterday, to herald the commencement of the week-long programme.
Gerogewill averred that the combined convocation covers the 2018/2019 and 2019/2020 sessions,noting that the university had put measures in place to realise its mandate.
The vice chancellor, while giving the breakdown of the graduands, said 9,536 graduated with first degrees (BSC),1,028 for PhD,3,745 for Masters’ degree(MSC),while 4,926 got post graduate diploma (PGD),just as 9,699 got post graduate certificates.
According to him,the outbreak of COVID-19 and the prolonged industrial action embarked upon by members of Academic Staff Union of Universities (ASUU) and other unions in the university was responsible for what appears as delay in holding the convocation ceremony.
He described the convocation ceremony as a moment of intellectual exhibition where university the presents students with certificates after hard studies and mentoring.
“We have put all machineries in place to ensure hitch-free convocation ceremony. We have left Egypt but not yet in Israel.
“We came here in July, 2021. We have maintained some giant strides in terms of developments. We have completed some inherited projects, and initiated new once. Some are ongoing and at different stages of completion. We have support from the Governing Council, Senate, management and students. Our ASUU members are up and doing, completing their lectures and exams as scheduled; the school has also provided solar power lights for some of her host communities as part of its host community projects”, he stated.
Gerogewill used the opportunity to express gratitude to the Federal Government, TETFund, the state Governor, Chief Nyesom Wike, for their numerous support and assistance to the university towards its development.
He described the ongoing convocation arena under construction by the state governor as a big support to the institution, adding that when completed, it would be the best across the entire university system in the country.