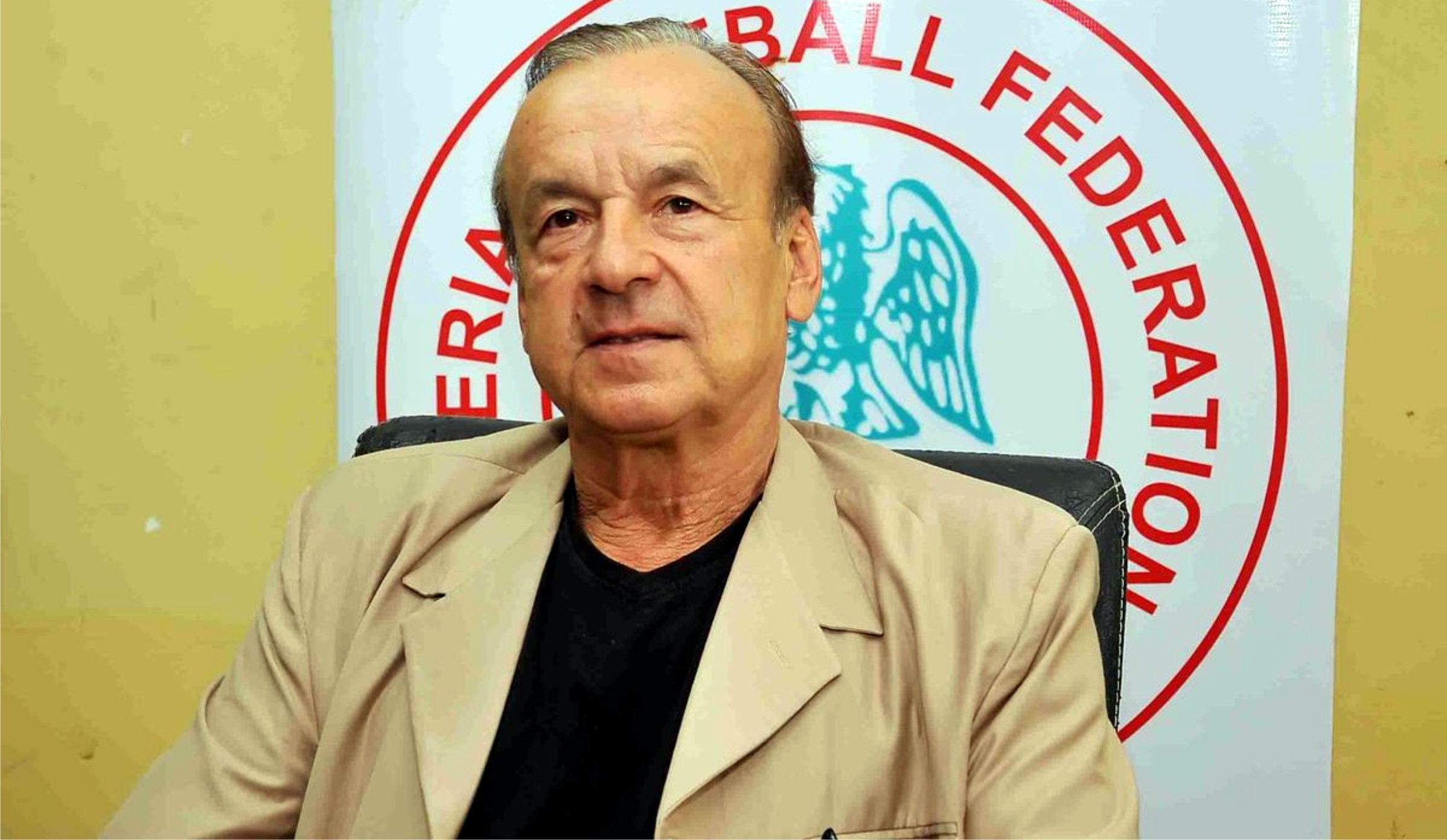 The National Vice President (North) of the Super Eagles Supporter’s Club, Hon. Godwin Solomon Bamola, has joined the growing long list of Nigerian soccer fans calling for the immediate sack of Coach Gernot Rohr. This follows his technical and tactical deficiency that made the Eagles team wobble against the visiting Leon Stars of Sierra Leone in the back to back Nations Cup qualifiers held in Benin City and Freetown respectively.
Expressing his displeasure while fielding questions, from our reporter in Port Harcourt recently, Hon. Bamola maintained that Rohr was not the suitable and competent soccer tactician that can guide the Eagles team to win the Nations Cup in Cameroon even if Nigeria happened to qualify at the group stage.
According to Bamola, “Rohr has been given every necessary support, including financial assistance to raise a formidable team that can make Nigeria proud at the international level, yet, nothing much has been achieved to justify the huge amount of money invested in the team”.
“In fact, it is high time every Nigerian soccer fan should come out with strong voice to get the wrongs rightly done well, noting that what we are experiencing now is the worst that has happened to Nigerian Football that has multi-talented home-based players who are rearing to go”.
“Worst still was the inability of the Super Eagles team to beat the less fancied visiting Sierra Leone side at home, when we (Nigeria) are called the Giant of Africa”.
“I think it is high time the Minister of Sports and Youth Development, Sunday Dare, should wade in by ensuring that talented home-based players from our local league are selected with the proper guidance of an indigenous seasoned soccer coach, be employed to raise a team that can make the country proud instead of over reliance on foreign players and coaches who have not given us the desired results”.
“Jokes apart, Nigeria needs an indigenous coach, who knows our terrain very well, eat and drink Nigerian food and water and understand Nigerian football technicalities well, instead of going for somebody who has little or no knowledge of game, coming to impact a strange tactics that will not yield positive result at the end of the day”.
“Honestly, I don’t believe in Coach Gernot Rohr and NFF boss, Amaju Pinnick to return Nigerian national senior team back to winning ways again. They should be shown the exit door now that the ovation is loudest because I don’t know where the present crop of players recruited is taking us to, with their kind of less serious football approach”.
“Believe me, if a seasoned indigenous soccer coach is engaged today and charged to build a formidable home-based Eagles with enabling environment provided, no doubt, Nigerians would be rest assured to see a good team capable to give her a qualification ticket for Nations Cup without banking or permutation or praying for another country to draw or lose their game”.
The tall athletic-built Bamola, who has travelled far and wide with the game of round leather object nevertheless called on Nigerian Soccer fans to continueto keep faith in Eagles team and be cheering the boys to victory since we don’t have any other option than to identify with the team which is solely our own.
You may wish to know that the Eagles team, after the four rounds of matches played so far, has 8 points, close on the heels of the team are Squirrels of Benin Republic with 7 points, Leon Stars of Sierra Leone has 3 points at third position while Lesotho takes the rear with paltry two points.