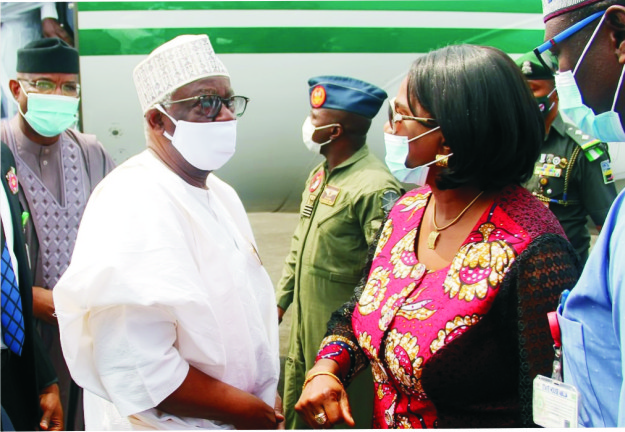 The Rivers State Commission of Inquiry on Police Brutality, yesterday, revealed that it has so far received a total of 171 petitions from individuals and groups in the state, perhaps, the highest in the country.
The commission was set up by the state Governor, Chief Nyesom Wike, in the wake of the #EndSARS protests to probe into alleged acts of violence, torture, brutality, murder and violation of fundamental rights of citizens committed by officers, men and operatives of the Nigeria Police Force in the state.
Addressing the inaugural session, yesterday, in Port Harcourt, Chairman of the commission, Hon. Justice Chukwuneye Uriri (rtd) said that the number was the highest to be received by a commission of inquiry in any state.
He stated that the commission was a fact-finding one with a mission to do justice at all times to all manner of persons, irrespective of religion, colour or tribe.
Uriri said: “The panel is a fact-finding one, separate and distinct from regular courts of law but with coordinate responsibility to humanity. It is enjoined by law to make its own rules for effective administration of justice.”
He added: “Our vision is to do justice at all times, to all manner of persons, irrespective of colour, age, religion, culture and tribe, downtrodden or not”.
He disclosed that due to the exigencies of time, the commission would be sitting daily, including Saturdays and Sundays in other to meet the 60 days lifespan of the commission from the first date of sitting.
Uriri, said that the commission would, therefore, take a break only for four days from December 24 to 27.
According to him, the commission’s terms of reference includes, among other things, to ascertain and identify the acts of violence, torture, brutality, murder and violation of fundamental rights of citizens by officers and men of Nigerian Police, especially operatives of the defunct Special Anti-Robbery Squad (SARS).
“The commission will also ascertain and identify the officers involved in the act, the motive of the actions as well as the victims in the act by men and officers of Nigerian Police, especially, defunct SARS”.
“The commission will make recommendation to Rivers State Government”, he added.
Addressing journalists after the inaugural sitting, Chairman of Nigeria Bar Association (NBA), Port Harcourt Branch, Prince Nyekwere, assured the commission that legal practitioners in the state would assist it achieve the desired result.
He expressed confidence on the calibre of persons appointed into the commission, and assured the NBA’s total cooperation and support to the commission to enable members deliver on their mandate.
Nyekwere urged members of the commission to ensure that they dispensed justice to all and be fair during the process.
He reiterated the promise of the association to provide pro bono legal services to members of the society, who may not have lawyers to represent them during the proceedings.
Nyekwere said: “We are happy that the Judicial Commission of Inquiry was set up and all of us living in Nigeria know why the commissions of inquiry are being set up in states. It was because of the #EndSARS protest that was organised by Nigerian youths.
“We just hope that the commission of inquiry will give the seriousness that this assignment deserves. As members of the NBA, Port Harcourt Branch, we have promised to partner with them to ensure that their mandate is achieved”.
He opined that the #EndSARS protests in the state and across the country were not only for police brutality but also against bad governance, and regretted that what started as good struggle was later hijacked by enemies of good governance.