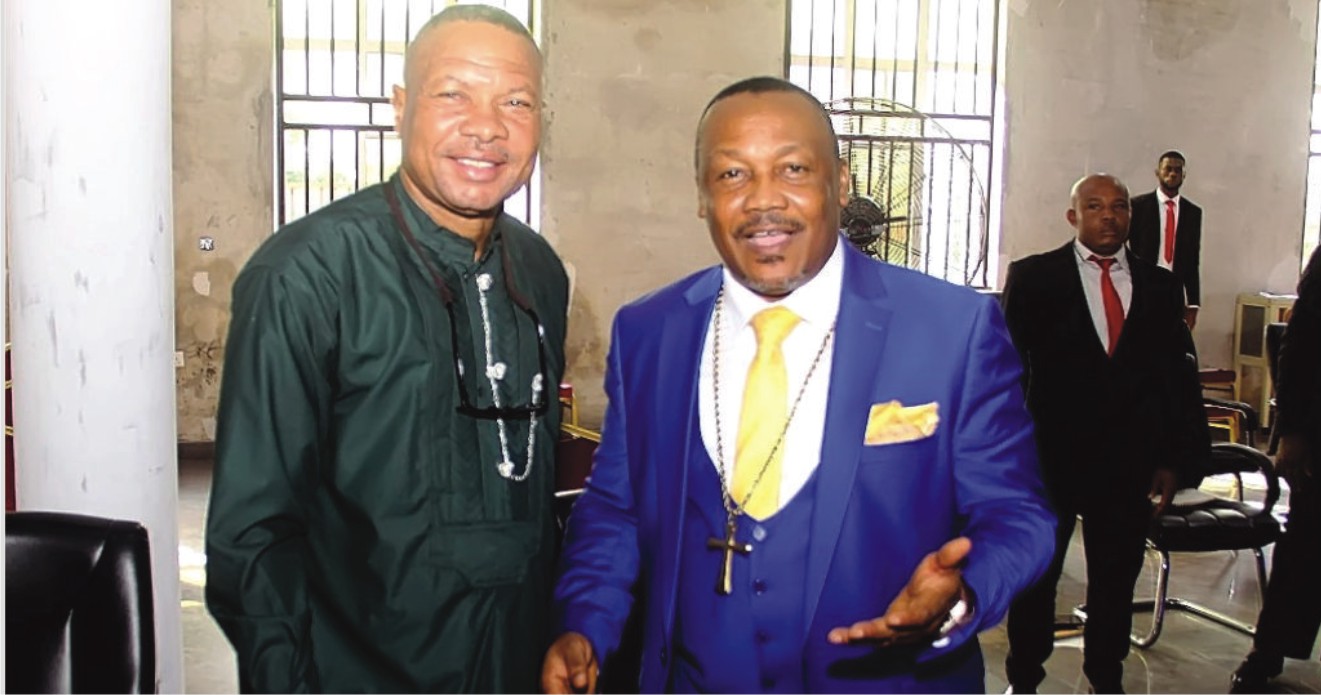 The Rivers State Governor, Chief Nyesom Wike, on Saturday, attended the wedding of Miss Ibifuro Apiafi in Port Harcourt.
Ibifuro, is the daughter of the federal lawmaker representing Rivers West Senatorial District in the National Assembly, Senator Betty Apiafi.
The wedding between Ibifuro and Mr Kalada Halliday was held at the Redeemed Christian Church of God (RCCG), King’s Palace, Port Harcourt, and was witnessed by families of the couple, their friends and well-wishers.
The officiating minister, Pastor Solomon Marega, in his sermon taken from Genesis 6:14-16,22, enjoined the couple to emulate Noah, who though didn’t have experience as a ship builder, successfully built an ark because he adhered strictly to the instructions of God.
Marega, explained that the reason the gigantic ark built by Noah did not sink, irrespective of all the creatures it had to accommodate during the flood that ravaged the world, was because God was involved in the project.
He likened marriage to a project, which if it must succeed, has to be committed to the hands of God.
“God wants us to involve Him in the project of our life. In your marriage, let God be involved in this project. When challenge of lack of wine arose during the wedding in Cana, because Jesus was involved, the couples were not put to shame because he intervened.”
Marega, said the best way couples could possibly get God involved in their marriage, is for them to obey His word which explicitly charge the husband to love his wife unconditionally, while the woman is required to be submissive to her husband.
According to him, couples who put this God’s ordinate instruction to practise will not have friction in their marriage.
“Noah did all that, God told him to do when he was building the ark. He recognised that God was a Master builder. So, you have to submit yourselves to God because He is a Master builder. If you want happiness, peace and longevity in your marriage, just do what the Master Builder has said.”
Marega advised the couple to be patient with one another, because it is one of the key ingredients of any successful marriage.
According to him, many marriages have crumbled due to impatience.
“We live in a fast pace world where we want everything in an instance. But, life is not an instant affair. Marriage too, is not an instant affair. Your life is a project and you must involve God for it to succeed.”
Present at the wedding were the former Governor of Rivers State, Dr Peter Odili, and his wife, Justice Mary Odili; the Secretary to the Rivers State Government, Dr Tammy Wenike Danagogo; former Minister of Transport, Dr Abiye Sekibo; among other dignitaries.
Wike, later attended the funeral of late Dr Ikechukwu Wihioka at Elele, in Ikwerre Local Government Area of the state.