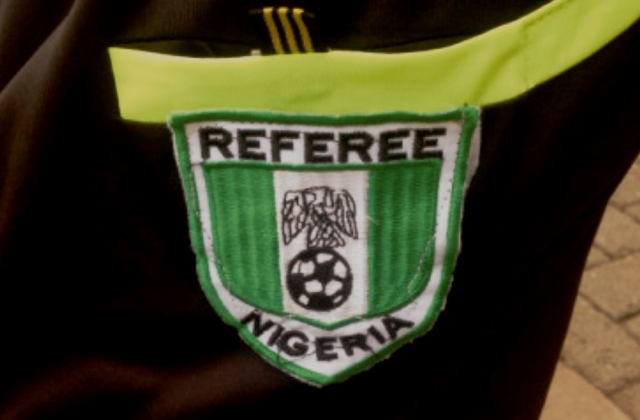 It was a moment of grief for Rivers State council of Nigeria Referees Association (NRA), the immediate family of Late Levi China, friends, sympathizers, and Umu-Nobo village in Igbu-Ehuda in Ahoada East L.G.A of Rivers State as Elder Levi Olariwaju Onyejuwa China, who died on Monday 30th March 2020, was laid to rest at the weekend.
If encomiums and testimonies showered on the dead could wake one up, late China Levi would have risen.
His burial was a day when his works, life and time on earth was profusely and profoundly expressed by his children, extended families, the church, colleagues in Football Refereeing and business associates. he was adjudged a good man.
Speaking on Elder China’s works, life and time, Mr. Innocent Wokoma-Solomon, retired FIFA badged Referee and Deputy Chairman, Rivers State (Football) Referees’ Council, who on behalf of the President of NRA Alhaji Tade Azeez led the Nigerian (Football) Referees’ Association’s delegation to the burial, described Elder China as a good fellow and comrade, saying “our periods with him as Referee was wonderful and remarkable. He laid a lot of legacy in Refereeing as a hobby in Rivers State. He served the council in various capacity as Vice Chairman, and many other positions. He impacted positive values in so many Referee’s life, both as friend and colleague. He has lived a good life to the best of our knowledge but it’s left for God to decide as he has lived.”
Also speaking, Elder Francis Mary Isong, chairman Elder’s forum of Rivers state (Football) Referee’s Council, posited that “late Elder Levi Olariwaju China was a personal friend. He is someone I brought up from lower to the top echelon of football refereeing’’
“He was a good man, someone to be emulated for his generosity and uprightness. What he said today, tomorrow he would say the same thing, he was not afraid of anybody, what he said in your absence, he would say it in your presence. He didn’t stand for evil at all. He was well known in refereeing circle not only in Rivers state but Nigeria in general for kindness and philanthropy. In fact, his death is a departure of a good man,” Elder Isong averred.

Winner Of Lagos Women Run Race To Get N1m