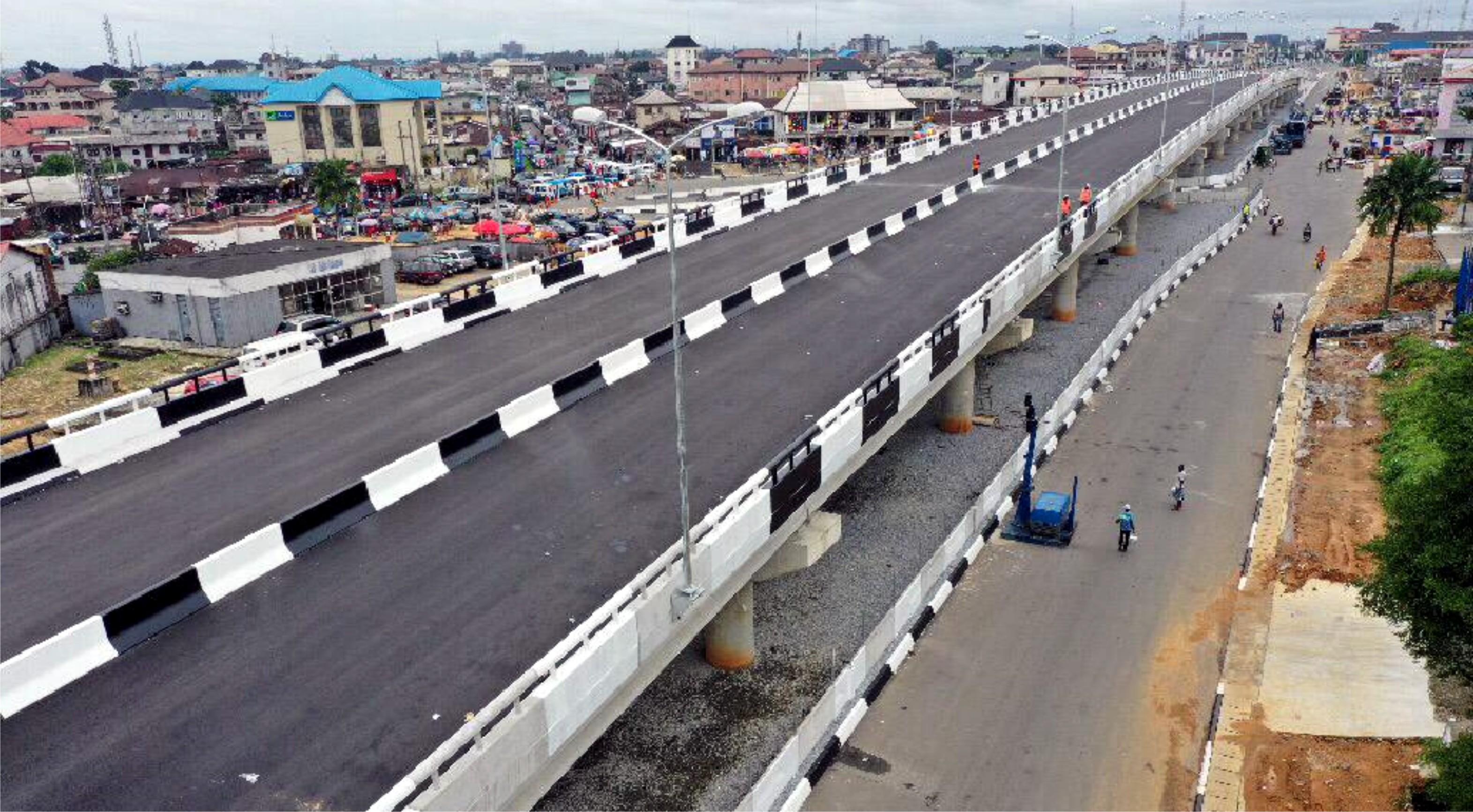 Following the completion and commissioning of the Rebisi Flyover at Garrison in Port Harcourt, normal business activities, particularly at the GSM market, have returned to the area.
Some of the business operators in the area have expressed happiness over the completion and commissioning of the flyover, which has now paved way for usual business activities that were stalled for almost a year due to the construction.
A GSM technologist, Ebube Linus, told our correspondent on Monday that the period of the flyover construction was very challenging for business in the area, as customers found it difficult to access the shops.
“During the time of the construction, many of our customers had difficult times to have access to the shops, as there were lots of barriers and barricades put on the road by the construction firm.
“Apart from the barricades, the security operatives attached to them worsened the situation, as they  put pressure on people, by dictating how and where to pass through, and many people do not like such embarrassment.
The distance between the parking space and the GSM market was discouraging to the   customers stopped  coming, and I believe they might have patronised other places within that period and that affected our daily returns.
“Thank God the project has been commissioned, and normal business is gradually coming back. As you can see, the cars are parking closer now, he said.
Also, a sales personnel in the market who mistook our correspondent for a potential customer, narrated that she was used to going outside to attract customers to her shop.
Vera,  the  sales lady, explained that the traders at the GSM market developed the strategy of going out to attract customers while the construction of the flyover was on.
She, however, expressed joy that things were gradually returning to normal since the commissioning of the flyover, as there is now free access to shops devoid of harassment by the security operatives.
The Tide observes that normal movement within the Garrison area has also returned, unlike in the last one year when there was restriction of movement on the road due to barricades all over the area.
By: Corlins Walter