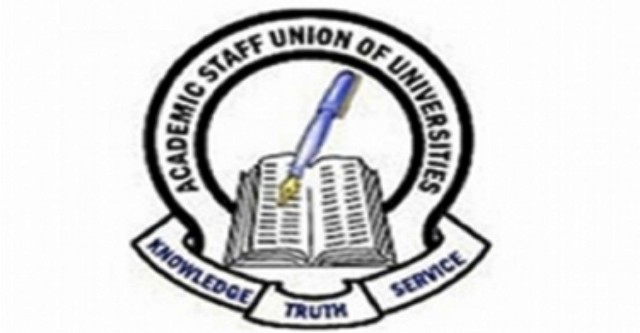 The Academic Staff Union of Universities (ASUU) has said it has not reached any concrete agreement with the Federal Government on how to end its over seven months’ strike.
This is just as the union faulted the Minister of Labour, Dr Chris Ngige, for saying in an interview at the weekend that six out of the nine demands by the union had been met by the government.
Speaking in a chat, yesterday, the National President of ASUU, Prof Biodun Ogunyemi, while taking the demands one by one, asked Nigerians to see which one had been met by the government.
“As far as we are concerned, nothing has been delivered to our members, and our members don’t want empty promises. Let us take the issues one after the other.
“The withheld salaries of our members, which is between four to eight months, have not been paid, if paid, accounts of our members would have been credited. Same for Earned Academic Allowances, yet to be paid.
“Visitation panels have not been constituted for the universities, if that is done, Nigerians would have heard the names of panel members as announced by the government.
“The proliferation of universities by state governments has not been addressed. The renegotiation of the 2009 Agreement has not started; the 2019 Memorandum of Action is not yet implemented.
“So, on which of these issues has the target beneficiaries seen any concrete action being taken? We are getting to understand the way people in government work.
“When they are still discussing with you, they will go to town and tell people what has not been done. Their intention is to paint ASUU as the aggressor.
“Which of the issues can anybody say the ball is in ASUU’s court? Are we the ones to pay our withheld salaries and allowances? Are we the ones to set up visitation panels?
“That is how they went about creating a fake Twitter account for the union and begin to circulate fake news,” he said.
Ogunyemi added that the University Transparency and Accountability System (UTAS) being developed by ASUU to replace government’s Integrated Personnel and Payroll Information System (IPPIS) was at an advanced stage, but expressed fears that some people wanted to truncate it.
On the threat by the minister that the government could invoke labour laws, if nothing was agreed to by the two parties soon, Ogunyemi said his union would never feel threatened in any way.
“We are ready for discussions if they invite us. The onus of universities reopening soon lies with the government. We go to meetings we are invited to.
“They promised that we would meet some days ago and they said they would write to inform us, we waited in vain for their invite. Nothing came,” he stated.
It would be recalled that the union has been on strike since March 24, this year over sundry issues.
Also, the Academic Staff Union of Universities, Lagos zone, yesterday, tackled the Minister of Labour and Employment, Dr Chris Ngige, over the claim that the Federal Government cannot afford the conservative N110billion for the revitalisation of universities.
The union, in a statement issued by Lagos Zonal Coordinator, Prof. Olusiji Sowande, urged parents, students, and the general public not to be persuaded by the statement made by Ngige.
ASUU, which had been on strike for seven months, faulted the Federal Government for paying bailout funds to the private sector and failed to pay the revitalisation fund for the universities.
The union’s zonal coordinator while reacting to the recent comment made by Ngige on a live TV programme, said, “The statement is laced with the hidden fact that the MoL & E and his team have no intention of ending the ongoing strike this year.
“The Nigerian public should be appalled that government team, after having a series of meetings with our union, is just collating pertinent data required to engage our union.”
On the claim that the Federal Government cannot afford the revatilisation fund, the union lamented that “only recently, government approved N5billion bailout fund to operators in the aviation sector to ameliorate the harsh realities of Covid-19 on their business operations.”
It also raised the concern that over the years, the Nigerian government has spent over N1.5trillion to bail out power generation and distribution companies to keep their business afloat despite privatisation of the power sector.
“If the government could bailout private businesses for ‘Business Good’ then Nigerian public universities deserve to be bailed out for ‘Public Good’,” he added.